Next year, corporations and businesses will be able to choose who supplies them with electricity. At present, official regulations determine providers. Choice comes as part of a package of energy laws recently approved by parliament.
“The position of a customer on the domestic market has changed,” reads the government’s official document introducing the laws. “A customer will now have the right to choose an energy supplier.” 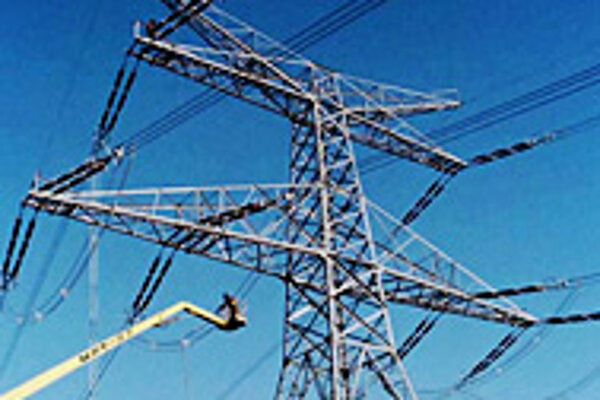 Font size:A-|A+
Next year, corporations and businesses will be able to choose who supplies them with electricity. At present, official regulations determine providers. Choice comes as part of a package of energy laws recently approved by parliament.

“The position of a customer on the domestic market has changed,” reads the government’s official document introducing the laws. “A customer will now have the right to choose an energy supplier.”

(Liberalisation for individual customers, however, will come in two years.)

Electricity distributors have welcomed liberalisation. In response to changes, they are preparing products tailored to new potential clients, while they aim to keep current customers.

“We see the new law as a challenge,” Ján Orlovský, spokesman for ZSE, told The Slovak Spectator. “It enables us to prove, in a competitive environment, that we are an innovative distributor with optimal solutions for customer needs. The law will definitely have a positive impact, and services for customers will improve.”

Orlovský added that customers will go from passive payers of services to active market participants. They will be able, Orlovský said, to optimise electricity costs by measuring consumption and choosing the right energy product.

Anna Pančurová, from the communication department of VSE, said: “Thanks to the legislation, companies will now exist in a liberalised market. Success will depend on how reliably and flexibly they react to customer needs and whether they outperform new companies that enter the market.”

Old legislation limited the number of companies who could import foreign electricity and limited the amount of foreign power to one third of the company’s annual consumption. (Big plants such as Volkswagen in Bratislava imported power.) Meanwhile, distributors ZSE, SSE, and VSE could only import electricity up to one quarter of nationwide what they sold.

The new laws pave the way for foreign companies to import electricity. Local distributors say they can compete.

“We are not afraid of the competition from abroad,” Pančurová said. “We have done everything we can to be prepared.”

“ZSE has 80 years of experience in this business and almost 1,500 employees in western Slovakia,” Orlovský said. “Our know-how and coverage give us sufficient reason to think we can tackle the competition.”

Customers should benefit as distributors restructure products and improve communication with clients.

“One of the first things we looked at was marketing to all levels of customers,” Patrik Luccioni, chairman of the board of directors of SSE, told the press.

Luccioni said SSE’s big customers will each have an SSE employee to advise them on payments, savings, and power crises.

Orlovský said a free market will give customers the option of selecting products and services according to individual needs.

“We evaluated the history of electricity consumption and prepared a new structure of products,” he said. “Businesses will be able to optimise costs on electricity. Companies can choose a product according to their own experience or in dialogue with our consultants.”

Pančurová said VSE’s clients would have “a wide range of products that should fulfil their expectations related to past and predicted energy consumption.”

Slovak distributors believe that customers will stick with them because of their reliability and market experience. They think price will have an important role, too, but stress quality will continue to be important.

Meanwhile, the electricity market for individual users will be liberalised in July 2007. Distributors are already forming strategies.

“Starting next year, VSE will offer new products for individual customers,” Pančurová said. “We are already publishing magazines for all categories of customers. A call centre will be up and running in January.”

Laws on energy, heating and network industry regulation were approved by parliament in October. The main goal, the government said, was to establish the transparent and objective regulation of electricity, gas and heating.

Law number one harmonises Slovak legislation with EU law. Including European electricity and gas market regulation, its main goal is the full liberalisation of the energy market.

Meanwhile, the Economy Ministry has been tasked with drafting a 20-year national energy policy and updating it every five years.

Other laws seek to foster development of the heating market. A law on network industry regulation installs EU rules into the electricity and gas markets.