Where music and film meet

CHRIS Cunningham’s smirking kids fought and danced their way onto the scene in Aphex Twin masks in Come to Daddy in 1997, and kicked the music-video world in the teeth.
The erratic electronic beats of Aphex Twin, combined with Cunningham’s revolutionary images, increased sales of the former and launched the filmmaking career of the latter. 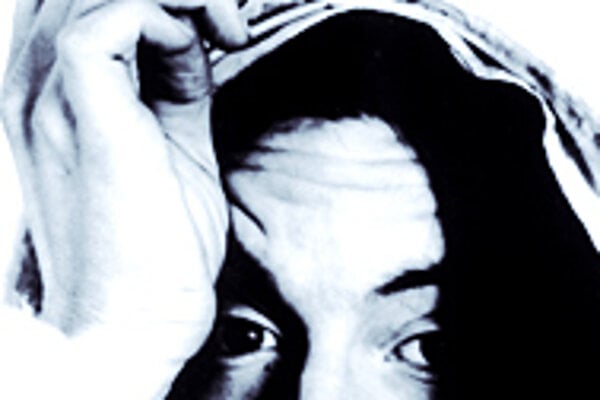 Font size:A-|A+0
CHRIS Cunningham’s smirking kids fought and danced their way onto the scene in Aphex Twin masks in Come to Daddy in 1997, and kicked the music-video world in the teeth.

The erratic electronic beats of Aphex Twin, combined with Cunningham’s revolutionary images, increased sales of the former and launched the filmmaking career of the latter.

The offers started pouring in for Cunningham. Madonna asked him to direct her clip, Frozen. He directed Björk in the music video All is Full of Love. But rather than transferring to the mainstream music scene, Cunningham switched to commercials and feature films.

The short time Cunningham spent in music videos was enough for him to achieve the level of Spike Jonze and Michel Gondry, whose films are among the most interesting to appear on the musical videowaves over the last decade.

Their work was introduced to a Slovak audience during last year’s International Film Festival Bratislava (IFFB) within the Film and Music section. This year comes Cunningham.

“Cunningham’s vision of the world and his approach to work is very original. He uses various tricks, such as morphing [computer transform of images]. But it is not only the technical realisation that is perfect, it is also the approach to the specific song,” said Miro Ulman, the section’s compiler.

Ulman hoped to welcome Cunningham in Bratislava in person. However, the filmmaker’s agent informed him that Cunningham, currently working on a feature film, “goes nowhere and gives interviews very sporadically”.

In the Film and Music section, Ulman will introduce Cunningham through eight music videos, including the Aphex Twin Come to Daddy and Windowlicker, Madonna’s Frozen, Squarepusher’s Come on My Selector, and Björk’s All is Full of Love. There will also be a short documentary with a backstage look at filming the Björk video, and several examples of Cunningham’s commercials and video-installations.

In total, the 6th International Film Festival Bratislava will show 164 movies from 51 countries, which is less than it was in the past. Last year the festival showed over 200 titles. “We have applied a stricter selection method this year,” explained Peter Nágel, the festival’s programme director.

The deliberate intention to lower the number of movies and add extra screens and ticket sale venues, means more screenings of a particular film and less stress for the viewers in planning what they want to see.

Altogether, moviegoers can watch 260 performances from December 3 to 11 on seven screens at the Aupark’s Palace Cinemas multiplex in Bratislava.

The most important of the festival’s 10 sections, the International Competition of First and Second Feature Films, will introduce 19 movies that will compete for the festival’s award. Most of the movies have already scored at world’s prestigious film festivals, such as Cannes, Berlin and Rotterdam.

Iranian director Hassan Yekpatanah, who visited the Bratislava festival in 2000, returns to compete with Dastaneh Nataman (Story Undone), which won the Best Asian Film award at the Locarno film festival. Atiq Rahimi, from Afghanistan, brings Khakestar-O-Khak (Earth and Ashes), which won an award in Cannes, to the festival’s screen. Nina Kusturica reacts to the phenomenon of violence in families in Auswege (Sign of the Escape). Slovakia re-enters the competition after a year’s break with Katarína Šulajová’s debut, O dve slabiky pozadu (Two Syllables Behind).

The European Film section, according to the organisers, promises “real delicacies”. There will be La Mala Educación (Bad Education) by one of the most unique Spanish directors, Pedro Almodóvar; Der Neunte Tag (The Ninth Day) by Volker Schlöndorff, the creator of the Oscar winning German movie Die Blechtrommel (The Tin Drum); and the Moscow festival’s favourite Savi (Our Own) by Dmitrijaus Meschijevo.

Several filmmakers will introduce Iceland, the land of glaciers, volcanoes and geysers, in the Zoom section. According to the organisers, the Icelandic contribution is a combination of modern life and traditional values, “a cross between the films capturing present life and Viking feature films”.

Films not following the leading movie trends but aimed at attracting a wide audience will be shown in the Off The Mainstream section. Among them is the rock documentary Festival Express, made in 1970 but released only last year, capturing the rock era of the late 1960s, featuring Janis Joplin, The Grateful Dead, and The Band. Other stars, Iggy Pop, Tom Waits, Roberto Benigni, and Cate Blanchett, star in Jim Jarmusch’s Coffee and Cigarettes.

Miro Ulman’s Film and Music section was added to the festival’s programme only last year. Its immediate success among moviegoers led Ulman to add other themes Apart from a director’s profile the section this year focuses on actors starring in music videos and music videos inspired by movies.

“It seems that people are interested in what is going on in this field,” said Ulman, who was thinking about how to enrich the festival’s programme in 2002 and came up with the idea to combine two of his hobbies - film and music.

“I tried to put together more interesting themes and directors. The first was easy, considering that I’ve recorded about 2,000 music videos and MTV Video Music Awards over the last ten years. But finding out who directed was more difficult, as their names are rarely cited. Finally I managed to put together ten directors,” Ulman explained.

Next year he plans to introduce Jonathan Glazer who made music videos for Radiohead, Massive Attack and Nick Cave.

What: The 6th International Film Festival Bratislava.
Where: Palace Cinemas, Aupark shopping centre, Bratislava.
When: December 3 to 11.
For more information go to www.iffbratislava.sk.