WITH each passing year, the ski and snowboard scene in Slovakia gets better and better. In the past two years, major ski centres such as Jasná, Donovaly, and Skipark Ružomberok have constructed new, modern lifts. Nearly every important resort has purchased new snowmaking equipment, and several now boast renovated or new hotels.
The “apres ski” also continues to improve. 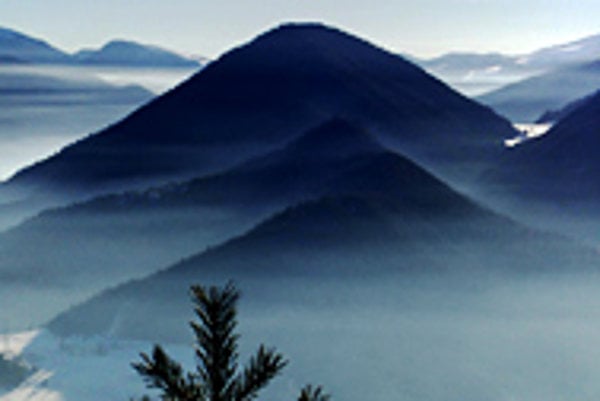 WITH each passing year, the ski and snowboard scene in Slovakia gets better and better. In the past two years, major ski centres such as Jasná, Donovaly, and Skipark Ružomberok have constructed new, modern lifts. Nearly every important resort has purchased new snowmaking equipment, and several now boast renovated or new hotels.

The “apres ski” also continues to improve. Tired but eager holiday makers can take in live concerts as well as dance the night away at the disco in most resorts. Discounts at nearby aqua parks and spas are also on offer.

A system of ski resort ratings, started by LAVEX, the Slovak association of funiculars and ski lifts, and the travel agency SITOUR, is now in operation in Slovakia.

This is a star-ratings system based on the quality of lifts, ski runs, and off-slope amenities at a particular resort. Štrbské Pleso, Jasná, Donovaly, Veľká Rača, and Plejsy all received a top five-star rating for this season.

So what improvements can we expect this winter? Here are some of the highlights.

Snow Paradise Veľká Rača Oščadnica leads the pack in modernisation efforts. This year, the resort is adding a new gondola/chairlift. This unique lift offers six-person chairs and eight-person gondolas on the same cableway.

First introduced at the Maria Alm ski centre in Austria, this hybrid lift gives visitors a choice of transportation options. On cold days, one can ride in a gondola, and on sunny days a chair. However, because there are fewer gondola cars than chairs on the cableway, the queue for the gondola may be longer, especially in inclement weather.

The new lift is 1,653 metres long with a 408-metre vertical and will transport 2,700 ski-enthusiasts per hour. It will replace the old double chair at the Laliky base area and will reduce peak waiting times from 30 to 10 minutes. Combined with the resorts two quad lifts, this new Telamix 6/8 lift promises to make Veľká Rača one of the finest ski centres in Slovakia.

But the modern lifts are only one feature of this resort, lying just 25 kilometres from Žilina. Veľká Rača has also completed a new snowmaking system, covering all ski routes, and is introducing a new shuttle bus with a lowered floor for easy loading. To handle additional visitors, the resort has expanded parking capacity in the Laliky base area.

The centre has seven surface lifts and a double chairlift. The longest run is 2,350 metres and offers a 420-metre vertical. Snow guns cover all nine of the centre’s ski routes. This December the resort will complete the Hotel Plejsy, a three-star facility with two restaurants, a skating rink, a ski rental shop, and a children’s ski kindergarten. Both the self-service and the sit-down restaurant at the hotel offer vegetarian specialties.

Ski Vrátna is constructing a new terrain park. The new facility will feature a half pipe, rails, and kickers (jumps) for various levels of ability. Not just for snowboarders anymore, terrain parks, or “fun parks” as they are called in Europe, are just as popular with skiers. Twin-tipped terrain park skis allow skiers to catch big air on a pipe or jib (ride rails), just like snowboarders. The new park will have its own lift and snowmaking system. For “park rats” and spectators alike, Vrátna will also open a new refreshment stand with seating near the park.

In addition to these changes, the beginner slopes in the Čížinka base area will be completely covered by snowmaking equipment and there will also be a new ice skating rink near the lift. In addition, Vrátna is installing a snow-tubing park at the Paseky base area, a refreshment stand on Príslop, and a sledding area at the Pavlove Lúky base.

Park Snow Donovaly has added a new restaurant in the newly-built Koliba Goral in the central parking area. Last season, Donovaly installed a fixed-grip quad chairlift at Zahradište, making this resort one of the better destinations for beginning skiers. Day trips to Donovaly from Bratislava or Banská Bystrica, including transportation and lift tickets, start at Sk650 (€16). Donovaly also offers discounted one-week Super Skiing for Super Prices packages, starting at Sk2,730 (€68.5) for lift tickets and lodging. The resort opens some slopes November 27.

Park Snow Vysoké Tatry is the collective name given to the High Tatra ski centres of Štrbské Pleso, Starý Smokovec, Tatranská Lomnica, and Ždiar-Strednica. Although the area was severely damaged by windstorms last week, leaving broken trees and ski lifts, it plans to open some slopes at Štrbské Pleso November 27. Hoteliers are also working hard to save the season. In cooperation with guesthouses and hotels, the resort offers an excellent “first snow” package. The deal includes seven nights lodging, a six-day ski pass, and a host of other discounts, including reduced-priced entry to the Aquacity aqua park in Poprad. One change that will be especially welcomed by visitors is free parking in all areas and a free ski bus.

Skipark Ružomberok has invested in improvements that may not be immediately visible to a visitor, but which are vital nonetheless. They have completed a wastewater treatment plant and improved the safety of the ski runs, especially around the chairlift. They have also purchased a Park Bully - an expensive grooming machine designed specifically for creating terrain park features. The resort offers 680 metres of skiable vertical, an eight-person gondola and a fixed-grip quad chairlift, as well as snowmaking equipment on most of its slopes. It scored four stars on the LAVEX/SITOUR index.

Jasná did not make any significant changes this year, but it did take first place in the LAVEX/SITOUR ratings. Jasná boasts 28 kilometres of slopes (11 of which are covered by snowmaking), five chairlifts (including a six-pack completed in 2003), and a gondola. Its total uphill capacity is 20,150 persons per hour. Both the Grand and the Tri Studničky hotels offer ski-and-stay packages for the upcoming season. The Grand also completed a new 160-person conference centre, and non-skiers will enjoy the twice-daily free shuttle service between Jasná and the Aquapark Tatralandia in Liptovský Mikuláš.

Lift ticket prices and other information