A dose of holiday jeer 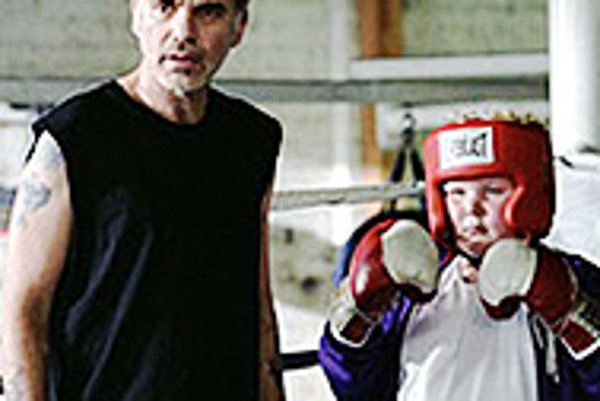 CHRISTMAS, it’s the most wonderful time of the year: roasted chestnuts, crackling fires, mistletoe, caroling, and good old-fashioned holiday cheer. It just makes you all warm and fuzzy inside, doesn’t it? Or maybe that’s just the alcohol. It is for Willie T Stokes at least. Willie hates Christmas. But he depends on it for his well-being.

Every year Willie works as a shopping mall Santa Claus with his friend Marcus, whose size (he’s three feet tall) makes him a perfect elf. They’ve figured out a pretty good racket: After spending a month posing as the jolly fat man and his little helper, they rob the mall. Willie cracks the safe while Marcus ransacks the stores. But there’s a problem: Willie is a really bad Santa.

Cult director Terry Zwigoff (Crumb, Ghost World) may have moved towards the mainstream with Bad Santa, his third feature film, but it’s more a lean than a leap. This is no ordinary holiday story. Willie is, without a doubt, the most vulgar, disgusting Santa in movie history. He drinks, smokes, and spews profanity with reckless abandon, at adults and children alike. Yet, miraculously, he’s immensely likeable.

This is partially due to Zwigoff’s cartoonish sensibility; it’s no accident that his first two films sprung from the world of comics and graphic novels. Mostly, it’s due to Billy Bob Thornton, who plays Willie with a melancholy, self-deprecating charm. As with any drunk, he’s entirely unpredictable. He can suddenly lash out with a string of profane threats or stumble around wildly, thus frightening small children (not exactly ideal for playing Santa). But he’s also that loner at the bar who you’d like to approach, partially because he looks like he’s seen it all, but mostly because he looks like he just needs a drink.

Thornton captures these strands masterfully. He’s self-loathing, self-destructive, and deplorable, but also funny, charismatic, and sympathetic. Not everyone thinks so, though. Marcus has grown tired of his partner’s escalating unreliability, and takes every opportunity to let him know - with language that equals Willie’s in vulgarity. Matching Thornton is certainly no easy task but, as Marcus, Tony Cox does so admirably. His performance may not be as elegantly nuanced as Thornton’s, but it is just as full of caustic wit.

Despite Marcus’ criticism and efforts, Willie’s erratic behaviour threatens their scheme. The mall’s manager, Bob Chipeska (John Ritter), grows uneasy about his new employees after Willie first makes an off-colour comment about his anatomy and is later found, as Bob delicately puts it, “fornicating” in the Women’s Big and Tall section. Surely this behaviour does not befit someone who works all day with children. So he turns to Gin (Bernie Mac), the head of security, who informs his perpetually uncomfortable boss that profanity and a predilection for “fat chicks” are not adequate grounds for firing. Nevertheless, he’ll see what he can dig up.

Ritter’s and Mac’s scenes together are among the movie’s most sublime - perfectly edited sequences with two master scene stealers at their very best, nailing every line and every facial expression. Sadly, this proved to be Ritter’s final film appearance; he died unexpectedly last year of heart failure. But it’s a fitting end to an overlooked performer.

Sadness certainly permeates this movie. Willie hates his life and regularly drowns his sorrows with copious amounts of alcohol and meaningless sex. But his burgeoning relationships with two people - a bartender with a Santa fetish (Lauren Graham) and a chubby young boy (a hilarious Brett Kelly) who believes he’s actually Santa - actually stir up something that resembles affection. It’s all enough to make you believe in the magic of Christmas... or not.