"WE pass familiar buildings every day but know nothing of their creators," said Štefan Šlachta, the renowned architectural theorist.
A promoter of Slovak architecture abroad and foreign trends at home, Šlachta was awarded the Emil Belluš Prize for his lifelong work in the field December 2. 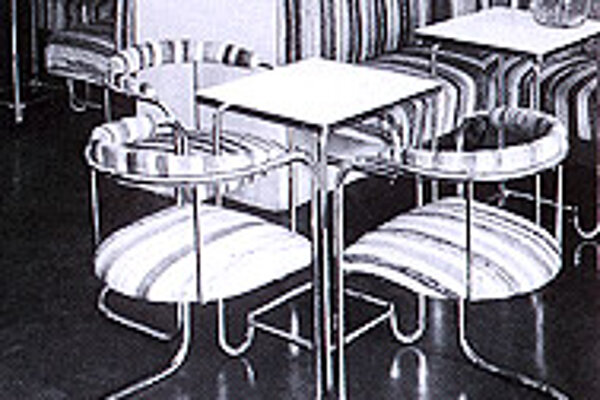 "WE pass familiar buildings every day but know nothing of their creators," said Štefan Šlachta, the renowned architectural theorist.

"I was surprised to receive the prize," Šlachta said. "So far, it has only been creative [practising] architects who have received the prize."

Šlachta's field is architecture theory. At the ceremony he presented his new book, Infamous Famous.

In it, the theorist explores the "white places" of Slovak architecture in the 20th century, mainly during the 1920s and 1930s, works which were considered bourgeois by the communist regime.

The book is a compilation of 32 profiles of architects active in Slovakia during the pre-war period. Many of these were Jews, murdered or tortured to death. The book captures the atmosphere of the times in its many photographs.

"Asked to present my work, I decided to introduce the architects [of that era] to a wider Slovak public, for which they are the really infamous-famous," he said.

Šlachta wrote and published the profile articles on these architects in Projekt magazine during the 1980s, when communism was slowly fading. This new project, made without interference from communist censors, demanded that Šlachta sit down and carefully revise the names of the streets where the works can be found and the functions of the buildings mentioned, and clarify the "socialist" terms which were then in use.

After 40 years of communist rule, the Bratislava public can learn that a large, steel glass passage designed by Andreas Szönyi once used to connect Panská Street with Hviezdoslavovo Square running through the site of the Society of Slovak Architects' courtyard.

One also learns that the Nová Scéna theatre on Kollárovo Square was originally a cinema designed by Klement Šilinger, as well as which buildings were pulled down due to reconstruction projects such as the building of Bratislava's New Bridge.

Or, when looking at the photograph of the Slovak National Theatre from 1937, taken as if one were standing in front of the Hotel Carlton, one can see how its massive structure used to dominate the neighbouring buildings, which is no longer the case. Also, Szönyi's interior of the children's confectioner's was furnished in 1929 in a way you would not object your living room to be today. "It shows how progressive Szönyi's thinking was," Šlachta said.

František Krupka, whose extensive work reached as far as Trans-Carpathian Russia, is the creator of the so-called earthy Soviet architecture, a style similar to that found inside Commenius University in Bratislava. Eugen Rosenberg, an emigrant who brought the architecture of 1939 Czechoslovakia to England, is featured in the book as well.

"It was my duty to present him. He was unknown here, while in the 1960s and 1970s he, along Australian and Finnish architects [York and Mardall], formed the most famous architectural office in England - the YRM firm in London in 1944.

When I visited him with my students in 1967, he made sure that we saw Gatwick airport, their work. Their assistant showed us everything from the basement to the roof. It was a great experience, not only for the students, but especially for me," said Šlachta, who became used to his students knowing little of the pre-war Slovak architects, no matter how famous abroad.

Even though Šlachta is known more for introducing successful foreign architects to Slovakia during the communist era, when such efforts were rejected by the ruling authorities, he turned his focus to Slovak architects after sensing a lack of public knowledge about them and their works.

"In the 1980s, when the pressure eased off, I realized that our past is also important," he said.

He also recalled, with a smile, how he had to balance the space given to contemporary foreign architects with that offered to Slovaks. "Even thought, the Slovak ones were often less important, they had to be given at least the same amount as the leading foreign architects."

Working with foreigners, he often heard remarks on Slovak architecture, not only about the pre-war period. He realized its value through these outside views. On the other hand, they were surprised to see what was here. "The Iron Curtain was built for the purpose of halting information going in and out," said Šlachta, who as an architect cooperated on the Lafranconi bridge, several family houses, and cottages.

"We issued 500 copies of Infamous Famous, which is not much, but I think it will arouse interest. It gives information about our past, which is part of our architectural history.

"The history of any nation reads according to its preserved sites. We would know little about Rome or Egypt if it were impossible to study their architecture.

"This fact is undervalued in Slovakia," said the man who has dedicated his life to raising people's awareness of architecture.

PROFESSOR Štefan Šlachta was born December 6, 1939 in Ružomberok. He studied architecture at the Slovak Technical University (SVŠT) in Bratislava. Between 1975 and 1987 he worked as the main architect on the Dopravoprojekt, and then as an architect in the Sights Maintenance State Institute until 1989.

He helped to co-fund the Society of Slovak Architects and was its president between 1990 and 1994. In 2002 he was re-elected to the position.