Rebirth of a cult band

Živé Kvety
Na mojej ulici (On My Street)
Published by: Slnko Records
Available at: most music stores
Cost: Sk249 to Sk299
A FEW years ago, the quintet Živé Kvety (Live Flowers) changed drummer and bassist, dropped the piano, added a guitar player and took on a punkier sound. They had been an eclectic medium-soft rock band, sometimes compared to the Irish group The Cranberries. 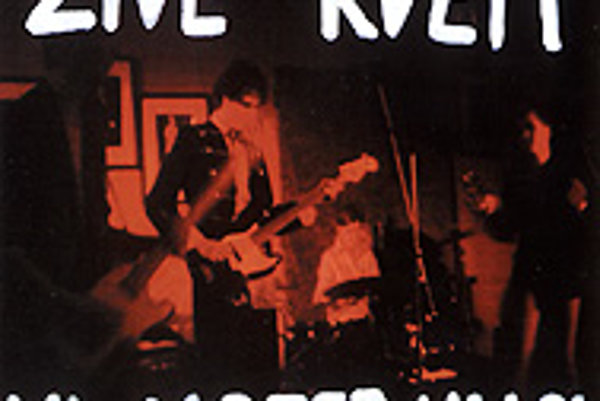 A FEW years ago, the quintet Živé Kvety (Live Flowers) changed drummer and bassist, dropped the piano, added a guitar player and took on a punkier sound. They had been an eclectic medium-soft rock band, sometimes compared to the Irish group The Cranberries.

Živé Kvety's album, In Good Times and Bad, was spirited and mongrelish, the work of enthusiastic and gifted musicians figuring out a new, harder direction.

With Na Mojej Ulici (On My Street), christened December 4, the new Živé Kvety has hit its stride. Four of the 11 songs are rousing punk anthems, with bluesy undertones. There's a Rolling Stone's cover and a couple of short ballads. It's energetic and gutsy, as was the last album, but tighter and more coherent.

At centre is singer/lyricist Lucia Piussi, who, in concerts, clutches the microphone like its a neck and wails like a hellcat guardian angel telling you everything you needed to know about life but thought you could get away with ignoring.

An actress, poet, and writer, Piussi once told this reviewer, as she pointed to a highway billboard advertisement with a female model: "They asked me to do that [ad]. They offered me [obscene money], but I said no, I mean, that would have been ME up there."

It was the statement of a born truth-lover, not an egotistical pat on the back, and Živé Kvety brims with Piussi's wide-eyed and weary enthusiasm for post-communist urban Slovak life. The band is part of a group of artists that gravitate around legendary Bratislava theatre/pub, Stoka. Vulgarity and moral aimlessness are the norm in Stoka plays. Yet you get the feeling that members of the Stoka scene have cleaner consciences than the average politician or businessman, or most people you know.

Backing Piussi are Peter Bálik, a jack-of-all-trades guitarist who gets better (and edgier) all the time, Marek Pastier, a younger version of Bálik, metronomic drummer Agnes Lovecká, and Juraj Mironov on bass. Mironov switched from piano to bass three years ago. It seemed like a loss for the band. As Živé Kvety has gotten punkier, though, it's hard to see where piano could fit in.

The CD is great. The live show is better. Understanding Slovak helps.

You can see Živé Kvety December 16 at 20:00 at Zrkadlový Háj in Petržalka, Bratislava.