THE SLOVAK National Theatre (SND) is about to get a facelift. The Slovak cabinet has given permission to US company Truthheim Invest LLC to pour millions of euros into the site that houses the SND. The injection of capital will complete a construction project started nearly 20 years ago.
While the original blueprints called for a bigger, more expansive staging area for opera, ballet and drama productions, Truthheim will tweak construction plans to suit business interests. 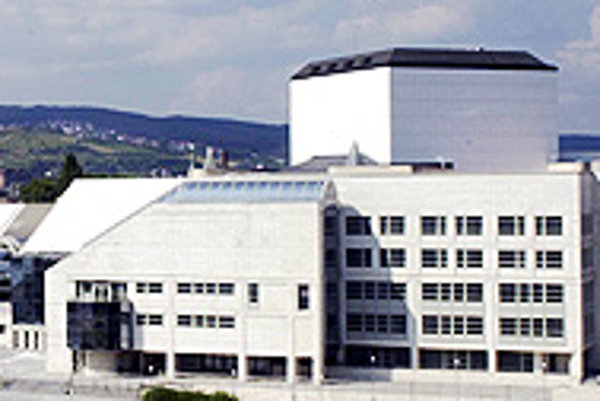 Font size:A-|A+0
THE SLOVAK National Theatre (SND) is about to get a facelift. The Slovak cabinet has given permission to US company Truthheim Invest LLC to pour millions of euros into the site that houses the SND. The injection of capital will complete a construction project started nearly 20 years ago.

In a "memorandum of understanding" signed November 24 with Truthheim, the Slovak government agreed that the Slovak state and Truthheim would become co-owners of the SND building site through a joint-stock company called Divadlo. Truthheim would own a 49-percent stake in Divadlo, while the remaining 51-percent stake would remain in state hands. Divadlo would be administered by subsidiary company Správca, of which Truthheim is to hold a 66-percent stake.

According to the memorandum, Divadlo's five-member board of directors would include two officials from the Economy Ministry, one from the Culture Ministry and two from Truthheim.

The agreement releases the Slovak government from what had become a financial black hole while at the same time helps it lay the groundwork for future business ventures.

"It is our ambition to start competing with Vienna in the area of business tourism," said Economy Minister Pavol Rusko.

Rusko's Ministry was responsible for finding a suitable investor for the SND project, since it was clear that the state could no longer afford ongoing costs.

Construction of the SND buildings, located just outside Bratislava's Old Town near Starý Most, started under the communist regime. Since 1985, the state has put a total of Sk3.4 billion (€83 million) into the construction. To finish the the project, however, an estimated Sk820 million (€20.5 million) was needed - a figure the government could not afford.

Eric Assimakopoulus, CEO of Truthheim, says his company will invest between €20 and €25 million (Sk800 million and Sk1 billion) on the project. The priority is to complete the renovations on the SND building, and then to start on the project's second phase: building a hotel and offices on what is now a parking lot.

"Both construction phases should be complete within two or three years," Assimakopoulus said at a November 29 press conference. The CEO expects a three- to five-year return on investment.

According to Assimakopoulus, Truthheim remains committed to the original purpose of the SND buildings.

"For starters we thought that the Slovak National Theatre could use the theatre for 80 days out of the year," he said.

Representatives of the Slovak National Theatre admitted they were puzzled upon hearing the investor's plans.

"My first impression is that [the project] is going in a different direction than I expected," said Milan Vajdička, the SND's technical and operations director.

"We have not seen building plans yet, so it's hard for us to make comments. We hope that we'll be invited to participate in the project planning," Vajdička told The Slovak Spectator November 30.

Rusko said he expected the Culture Ministry would rent the theatre space for Sk50 to 80 million (€1.25 to 2 million) per year for seasonal performances.

Andrej Zmeček, who leads the Culture Ministry's art section, told the SME daily that Truthheim realises that the state has "limited finances" to rent theatre space from the new investor.

"I expect that the rent rate will be regulated because we could not afford to pay the regular commercial rates," Zmeček said.

Minister Rusko pledged that per agreement with Truthheim, the state would "try to ensure an affordable price - the minimum possible". According to a contract that should be signed January 2005, theatre events will be able to rent space in new theatre building for a reduced price.

The SND building site is not the only one set for major redevelopment situated in the Pribinova zone in the coming years. The Irish company Ballymore Properties is investing Sk10 billion (€250 million) to build a multifunctional building nearby, and other investors are also interested in the area, which should also push up rent rates.

Truthheim is no newcomer to Slovakia's real estate market. For example, it owns Bratislava's luxurious Carlton Hotel. And Assimakopoulos is on the board of directors of SlovAir, a limited liability company that operates 29,000 square metres of storage space, airplane hangars, and administrative offices at Bratislava's Milan Rastislav Štefánik airport. Truthheim together with the ZBG Group of Companies purchased SlovAir in mid-November, 2004. Truthheim and ZBG plan to invest €50 million to turn SlovAir into an international cargo shipping company, with Bratislava as a regional distribution centre.