India's gateway to the West

SLOVAKIA is interested in improving its trade balance with India by diversifying exports and extending India's business activities in the country.
President Ivan Gašparovič delivered the message personally by travelling to New Delhi December 11, where he signed three bilateral trade agreements.
Gašparovič and his trade delegation met with Indian counterpart Abdul Kalam and Prime Minister Manmohan Singh to talk about boosting their economic cooperation. Gašparovic considers the current level of partnership between the two countries "dissatisfactory". 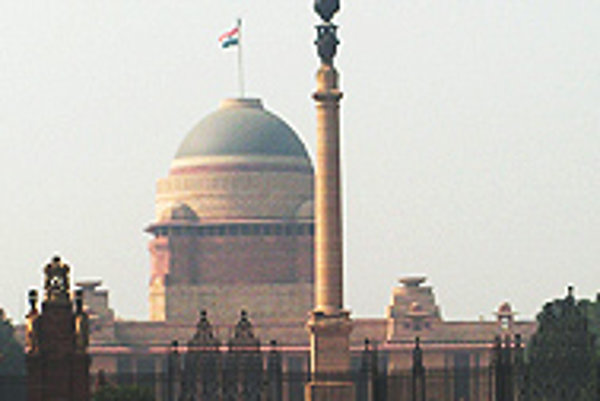 Font size:A-|A+0
SLOVAKIA is interested in improving its trade balance with India by diversifying exports and extending India's business activities in the country.

Gašparovič and his trade delegation met with Indian counterpart Abdul Kalam and Prime Minister Manmohan Singh to talk about boosting their economic cooperation. Gašparovic considers the current level of partnership between the two countries "dissatisfactory".

Signalling that the two are committed to improving business relations, Gašparovič's visit coincided with an economic forum featuring 12 firms from Slovakia and 80 from India.

At the conference, Slovak trading broker Kerametal and Indian industrial equipment manufacturer Bharat Earth Movers Ltd. signed a Memorandum of Understanding outlining the responsibilities that each will assume in their pursuit of shared business goals.

With a population of 1 billion, India is one of the world's most populous countries. According to Gašparovič, its ability to absorb new goods is impressive. Part of its increase in consumption has to do with a firming political and economic situation.

Just as Slovakia has been enjoying business success through its ambitious tax reform and social transformations, India's progress over the past decade is equally striking.

According to The World Fact Book, the Indian economy has posted an excellent average growth rate of 6 percent since 1990, reducing poverty by about 10 percentage points.

The coalition government is eager to improve India's visibility among Slovak companies as a lucrative business opportunity - which suits India just fine. With its cheap labour and resources, India is tirelessly promoting itself as a prime business locale.

India is capitalizing on its large numbers of well-educated people skilled in the English language to become a major provider of software, services and technological expertise. In fact, outsourcing white-collar services such as call centres and IT support is perhaps India's biggest success story. Not only is India helping global companies control costs but it is also expanding the global marketplace.

Hyderabad, a cosmopolitan city in the centre of the country boasting a blend of cultures, is home to Hyderabad Information Technology Engineering Consultancy City (Hitec City), a live/work business park offering advantageous real estate rates and inexpensive labour excellently trained in the IT sector.

"Even companies from Europe could safely come to Hitec City and develop their business. They would save 50 to 60 percent of the costs of doing business," said R Sridaran of L&T Infocity Ltd, the maintenance company for Hitec City.

M Vijay Kumar, director of Software Technology Parks of India (a society set up in 1991 by the government's Department of Communication & Information Technology to boost software exports from India), told The Slovak Spectator that establishing joint Slovak-Indian companies is a way for India to stretch its IT business eastward.

Alternately, Indian businessmen are keen to tap the 500-million-strong European Union market. They make no secret of seeing Slovakia as a promising location for doing business. They want Slovaks to see India in the same light.

N M Kejriwal, chairman of the Kejriwal Group of Companies, told The Slovak Spectator: "The economic changes that have taken place in both India and Slovakia present huge potential; they should be communicated." [See an interview with N M Kejriwal on page 11].

In September 2004, N M Kejriwal led a business commission to Slovakia, which resulted in preliminary agreements on setting up a joint venture for producing honey between Slovak fruit processing company Novofruct and Kejriwal enterprises.

The latest available figures show India's trade turnover with Slovakia at $69.6 million in 2003, according to the official website of the Embassy of India in Bratislava. Slovakia's exports amounted to $24.5 million, while its imports stood at $45.1 million. Slovakia currently has a positive trade balance of $20.6 million.

Interestingly, Slovakia and India share more than business ties. In New Delhi, a street is named after Slovak politician Alexander Dubček, a symbol of the Prague Spring.