2004 presidential election at a glance

OVER the years, Slovakia's presidential elections have surprised analysts by thwarting favoured candidates and catapulting unlikely ones into power. The 2004 elections were no different. With Eduard Kukan dropping out of the race, an improbable Ivan Gašparovič captured the vote, defeating rival Vladimír Mečiar to become the third president of the Slovak Republic. 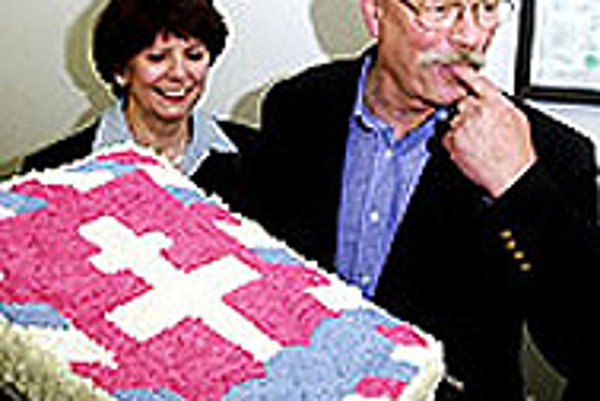 Font size:A-|A+0
OVER the years, Slovakia's presidential elections have surprised analysts by thwarting favoured candidates and catapulting unlikely ones into power. The 2004 elections were no different. With Eduard Kukan dropping out of the race, an improbable Ivan Gašparovič captured the vote, defeating rival Vladimír Mečiar to become the third president of the Slovak Republic.

While Gašparovič hailed from Movement for a Democracy, a tiny non-parliamentary party that he founded himself after leaving the Movement for a Democratic Slovakia (HZDS), Kukan enjoyed the support of the well established and popular Slovak Democratic and Christian Union (SDKÚ). But because the ruling coalition could not agree on a common candidate, voter support split between several candidates - a division that ultimately led to Kukan's failure to qualify and a face off between Gašparovič and Mečiar.

Gašparovič and Mečiar were two former party peers. A former speaker of parliament under the Mečiar cabinet, Gašparovič found himself competing against his old boss. The curious contest played out with Mečiar hoping to win with smiles and relaxed handshakes with his opponent - until the results were announced. Mečiar did not congratulate president-elect Gašparovič and even used a minor slip-of-the-tongue by Gašparovič during the presidential oath to cast doubt on the legitimacy of Gašparovič's office.

Despite his close history with authoritative ex-Prime Minister Mečiar, Gašparovič has gained popularity with Slovaks while in the presidential seat. According to a recent poll, he is the country's fourth-most popular politician, trusted by 10.6 percent of people.

As a whole, Slovaks have become more trusting of political institutions. For example, trust in the concept of president has increased by almost a third compared to 2003.

Today, as many as 67.4 percent of respondents say they trust the presidency, making it the most trusted political institution in Slovakia. Whether or not it will remain trusted until the next presidential elections in 2009 remains to be seen.

January 4- President Rudolf Schuster turns 70. He is still undecided on whether he will run again for the post, but observers are convinced of his candidacy.

February 15 - Kukan wins a presidential popularity contest according to a survey by Slovak Radio's media research department. Kukan captures 26.1 percent of the respondents' support, followed by Mečiar with 18.7 percent, Schuster with 15.9 percent, and Gašparovič with 14.9 percent. Kukan and Mečiar keep their leads until the actual elections.

March 18 - The daily SME publishes information suggesting that Kukan worked for the secret service (ŠtB) during the Communist era. An anonymous letter sent to the daily stated that Kukan's cooperation with the ŠtB started when "Kukan studied at the Moscow State Institute for International Relations (MGIMO)". Kukan denies the allegations.

March 19 - The presidential campaign starts. Candidates are allowed to run ads in the private media for the first time. Pundits label the campaign as dull. "Very quiet and empty," says Michal Vašečka from the Institute of Public Affairs.

April 3 - The first round of the presidential elections is marked by low voter turnout. Just 47.9 percent showed up to vote compared to nearly 74 percent in the previous (1999) presidential elections. The results eliminate the weakest candidates - including, surprisingly, Kukan. As none of the candidates captured more than 50 percent of voter support, the two strongest, Mečiar and Gašparovič, will compete in a second round. Mečiar goes into the second round with 32.7 percent of the vote behind him; Gašparovič has just 22.3 percent.

April 21 - Incumbent President Schuster announces that will not hold his regular State of the Nation address scheduled for May 1, the date of Slovakia's official entry to the EU.

April 22 - Gašparovič presents a general plan as Slovakia's president elect. Describing himself as "neither a Euro-enthusiast nor a Euro-sceptic", he says he is convinced that Slovakia will become a modern European country by joining forces with other nations. He says he supports the cabinet's reforms but insists that they must be carried out with greater consideration to prevent some groups from suffering more than others.

June 14- Rudolf Schuster ends his five-year term. He says that if he had to do it all over again, he would not change a thing.

June 15 - President Gašparovič is sworn in as the third president of Slovakia, the second to be put in office by direct elections.

July 12 - President Gašparovič travels to the Czech Republic for his first foreign visit as Slovak President where he meets his counterpart, Václav Klaus.

July 13 - present- Gašparovič is in office for six months and continues to carry out his responsibilities without major controversy.