JOINING 50 countries around the world, Slovaks observed three minutes of silence January 5 to honour tens of thousands left dead by an earthquake and tsunami that devastated Asia just one day after Christmas. Slovaks are wondering what else they and their country can do in terms of relief efforts.
The earthquake struck near the Indonesian island of Sumatra causing tsunami waves to crash onto islands and coastal resorts in Indonesia, India, Sri Lanka and Thailand. 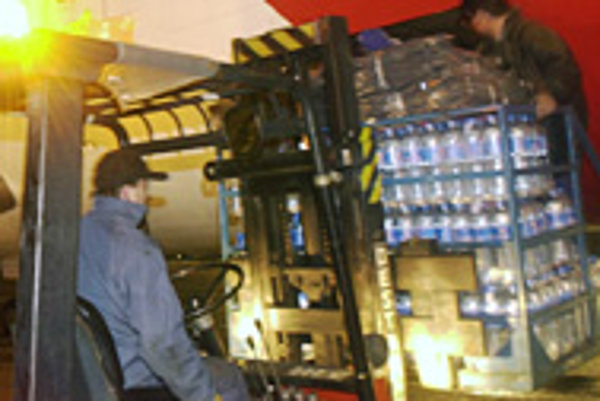 Font size:A-|A+0
JOINING 50 countries around the world, Slovaks observed three minutes of silence January 5 to honour tens of thousands left dead by an earthquake and tsunami that devastated Asia just one day after Christmas. Slovaks are wondering what else they and their country can do in terms of relief efforts.

The earthquake struck near the Indonesian island of Sumatra causing tsunami waves to crash onto islands and coastal resorts in Indonesia, India, Sri Lanka and Thailand. Whole communities were destroyed, tens and thousands of people are dead and many more thousands are missing.

Since the disaster, gruesome images of corpses hanging from palm trees and body parts peeking from ruins of buildings have been broadcast and published worldwide. With 150,000 reported dead and infrastructure in ruins, experts fear a colossal spread of disease in the affected areas.

On December 28, Speaker of Parliament Pavol Hrušovský sent telegrams to the governments of those Asian countries devastated by the earthquake and subsequent tsunami. Hrušovský promised that Slovakia would answer any calls for help.

Asia responded, and in response to requests, a Slovak government plane took off from Ivánka airport in Bratislava for Sri Lanka carrying 10 tonnes of humanitarian aid. The cargo - worth Sk6.6 million (€170,000) - contained medicine, blankets, and drinking water. However, because the Interior Ministry had failed to ensure that all necessary flight path permissions were in place before take off, the plane was delayed in Cyprus for 48 hours.

The Interior Ministry's media officer, Monika Kuhajdová, told The Slovak Spectator that the Slovak government would send another 30 tonnes of humanitarian aid to Asian countries.

This time, the Interior Ministry will route the cargo through Italy, where it will be stored in UN warehouses for distribution when needed.

The main aim of the private Slovak rescue mission is to stop the spread of infection. Director Ján Cuľka of the Complex Central Rescue Service told The Slovak Spectator that his team did not have it easy. A lack of funds prevented them from leaving for Asia immediately: the organization resorted to asking individuals for sponsorships. Cuľka refused to comment on whether or not his rescue organization could have appealed to the Slovak government for financial help.

According to the Interior Ministry, it cannot send rescue workers to the disaster areas in Indonesia, India, Sri Lanka and Thailand as the Asian governments did not specifically request it from Slovakia.

Czech Airlines agreed to carry the aid cargo for free. "We would like to say thank you to the Czech Consul Marián Vyšňovský who organized the transportation effort," said Cuľka.

The Slovak Red Cross has so far scraped together Sk86,515 (€2,200). ADRA International will transfer whatever funds it collects to a €200,000-strong Swiss rescue effort. UNICEF issued a warning that orphaned children of the disaster are particularly vulnerable to exploitation and trafficking. People in Peril, together with its Czech partners, Člověk v ohrození, plan to send an engineer to the damaged areas to investigate the extent of building damage.

Unlike the Complex Central Rescue Service, People in Peril received government funds. Says Chairman Andrej Bán of People in Peril: "Ours is long-term aid. While the government cannot provide direct help to urgent rescue works, it can help with development projects like ours."

People in Peril has received money from the Slovak Governmental Development Help fund in the past. Once his engineer returns from the field, Bán will submit a project plan to the fund's committee for the possibility of receiving up to €50,000. "It's not much, but it's a start," Bán said.

The SITA and AFP news wires reported that British Prime Minister Tony Blair estimated that the British government would give "several hundred million pounds" to the rescue efforts. British citizens themselves have donated GBPç76 million (€108 million). Germany indicated it would give €500 million, while the US has said it would donate $350 million. According to press reports, US Secretary of State Colin Powell believes that the donation will improve the image of Americans among Muslim countries.

After observing the three minutes of silence January 5, Speaker of Parliament Pavol Hrušovský transferred Sk100,000 (€2,590) from his personal account to the ECAV bank account. He asked everyone to contribute and show solidarity and compassion.

Hrušovský's spokesperson, Michal Dyttert, said, "We are all vulnerable to natural catastrophes. We need to be more sensitive to the needs of others, especially now because Slovaks have felt it too, after the windstorm of the High Tatras a few weeks ago. It is important for victims to feel that they can count on support from abroad," said

Five national and international non-governmental organizations have established local bank accounts in Slovakia to accept donations to be used towards aid efforts: