SLOVAKIA might change its energy policies if the Economy Ministry succeeds in revising a 1999 document outlining the country's energy strategy.
Though the previous document is not old, the ministry claims that new developments on world markets require the preparation of an update. Behind the drive for a new 10-year strategy is the desire to prevent Slovakia's dependence on imported energy. 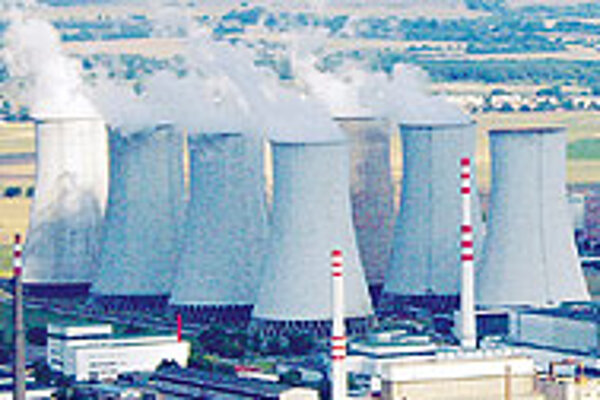 Font size:A-|A+0
SLOVAKIA might change its energy policies if the Economy Ministry succeeds in revising a 1999 document outlining the country's energy strategy.

Though the previous document is not old, the ministry claims that new developments on world markets require the preparation of an update. Behind the drive for a new 10-year strategy is the desire to prevent Slovakia's dependence on imported energy. The solution, according to the Economy Ministry, is to invest Sk70 to 75 billion (€1.7 to 1.8 billion) in the Slovak energy sector.

Economy Minister Pavol Rusko said in December that a revised strategy would, in fact, fix mistakes that previous ministry employees had made. He says that the aim of the new energy policy is to ensure maximum economic growth under conditions of sustainable development.

Experts see in the document a considerable shift towards the use of nuclear energy sources - an attitude reflected in the Economy Ministry's desire to complete the nuclear power plant in Mochovce.

The spokesperson for the Economy Ministry, Maroš Havran, strenuously disagrees. "We are certain that the document is not pro-nuclear. The goal was to keep it balanced," he said.

Funds are also earmarked for investments into renewable energy resources.

"[The financial request] is an optimum level of investment to ensure and potentially widen the production capacity of the power utility Slovenske elektrárne," Rusko told the news wire agency SITA.

The new energy strategy has already been criticized by businesses active in the energy sector as well as environmentalists who consider the move non-transparent.

Experts speculate that Slovenské elektrárne's fingerprints are far too visible on the strategy document.

Another objection is that the revised energy concept comes after important energy legislation has been passed. The recently passed energy law, the regulatory bill and the law on thermal energy should have been based on this new concept, critics argue.

Environmental activists at Greenpeace complain that the Economy Ministry overlooked them during the preparation of the revised strategy, despite promises that their opinion would be heard.

The Economy Ministry rejects the accusations, saying that the preparation of the document involved experts from different spheres.

Certain businesses, however, favour a move towards the use of nuclear energy.

In July of 2004, the Association of Slovak Employers called on the government to revise its energy strategy by mandating the completion of Mochovce. Their request was driven by fears that decommissioning certain Slovak power plant capacities by 2008 would pump up electricity prices.

Movement for a Democratic Slovakia (HZDS) Deputy Tibor Mikuš, who is the former boss of Slovenské elektrárne, says that the new energy document could be considered a discussion starter but could in no way be considered an energy strategy.

"This document does not yet reflect the whole spectrum of energy experts in Slovakia. Despite promises by some ministers that the concept would be discussed with all experts regardless of their political orientation, it has not happened this way. Certain groups of experts have not been involved in the debate," Mikuš told The Slovak Spectator.

According to Mikuš, a new energy policy must include fuel source alternatives that are sustainable [nuclear fuel sources are limited, and therefore, unsustainable].

He also called for continuity with the previous strategy, suggesting that the new document is too far removed from the previous energy concepts. And Mikuš said that the new strategy should be easily updatable.

Ján Rusnák of the Slovak Democratic and Christian Union (SDKÚ) told The Slovak Spectator that he views the document as a draft intended for a wider debate.

"I expect that the [energy strategy] proposal will undergo a wide public debate and will be discussed by experts. We have created a special commission that will be summoned in early February to review the document. Following debate, this committee will try to take a professional stand," Rusnák told The Slovak Spectator. He added that it is "too early to talk about the Economy Ministry's draft as the energy policy of the cabinet".

At this point Rusko cannot predict to what extent the new strategic investor in Slovenské elektrárne, the Italian company Enel, will support or share in the planned investment in the energy sector.

"This is still the subject of negotiations. We should agree by June 30, when the investor will present his investment plans," Rusko told the news wire SITA.

Officials admitted that in this area, Slovakia will continue being dependent on imports from other countries.

The Economy Ministry also wants to support the construction of new electricity transmission capacity, especially into Poland, Hungary, and Austria.

Minister Rusko has been acting in line with his new energy strategy despite it being a draft subject to debate.

For example, he proposed that two blocks of a nuclear power plant in Jaslovské Bohunice should be shut down simultaneously in 2008, instead of decommissioning one reactor in 2006 and the other in 2008.

Rusko claims that shutting the blocks down at the same time is a safer option than decommissioning them in subsequent years. The V1 reactors are located 65 kilometres northeast of Bratislava.

As part of its accession agreements, Slovakia promised the European Union to close down one of the two blocks of the Jaslovské Bohunice V1 plant in 2006, and the second V1 block in 2008.

The V2 plant will continue operating, while the A1 block broke in 1977 and has not functioned since.

Foreign Minister Eduard Kukan said that reaching consensus with the European Union about simultaneous decommissioning in 2008 would be a complicated and laborious process.

(Magdalena MacLeod contributed to the report)