THE Norwegian embassy opened its doors in Bratislava last year, signalling a growing mutual awareness between the Slovak Republic and Norway. Although bilateral trade is still relatively small Slovakia is becoming more visible in Norway, and Norwegian businesses are starting to invest in Slovakia. Norway's ambassador to Slovakia, Brit Lovseth, says that Norwegian businesses will certainly find suitable partners in Slovakia. 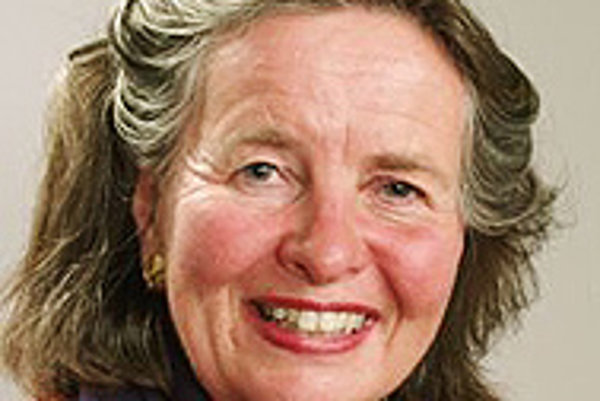 Font size:A-|A+0
THE Norwegian embassy opened its doors in Bratislava last year, signalling a growing mutual awareness between the Slovak Republic and Norway. Although bilateral trade is still relatively small Slovakia is becoming more visible in Norway, and Norwegian businesses are starting to invest in Slovakia. Norway's ambassador to Slovakia, Brit Løvseth, says that Norwegian businesses will certainly find suitable partners in Slovakia.

In a wide-ranging interview with The Slovak Spectator, she discussed these and other issues.

The Slovak Spectator (TSS): Do you feel that the Nordic countries have been less visible in Slovakia than other European countries? Is this tendency likely to change?

Brit Løvseth (BL): The question indirectly indicates that the answer expected is "yes", but, quite frankly, I do not feel this way. To my mind "Nordic" is a word most frequently associated with positive values. If everyone here is not exactly sure whichre the Nordic countries, then that is not such a great problem. After all, we are similar countries and share the same values.

Nordic cooperation has been excellent for a number of decades, and a lot has been achieved, as for instance, the introduction of passport-free travel between the Nordic countries as early as 1958.

Denmark was the first to join the EU, while Finland and Sweden took the decision to join in 1994. Norway's decision to stay outside, together with Iceland, meant a change in the relations, but Nordic cooperation is still considered important as a means of regional cooperation. And we are all European countries.

Three out of four Nordic countries represented by Ambassadors in Slovakia have their Embassies located in the same building, in Palisády [an area of Bratislava], and to my mind this make us more visible, at least here in Bratislava.

TSS: What are the advantages that could make a small country like Slovakia attractive to Norwegian investors and tourists?

BL: Norway is also a small country, at least in terms of population. Our enterprises are mainly small and medium sized, and consequently could find suitable business partners in Slovakia.

We have noticed with great interest the great work the Slovak government has done to encourage foreign investments and activities in Slovakia, as well as the growing number of investments over recent years from companies from all over the world.

I believe that companies in the Nordic countries are very much aware of this and that we will gradually see more presence from Nordic companies in Slovakia.

TSS: What are the main areas of interest for Norwegian business in Slovakia?

BL: Bilateral trade is still relatively small. Exports from Slovakia in 2004 (January - November) were worth NOK 471 million or about $68 million, an increase of 52 percent on 2003. Slovak exports to Norway consist of a range of products, including iron and steel products machinery, shoes and clothing and furniture.

Norwegian exports to Slovakia in the same period amounted to NOK 211 million or about $31 million, an increase of 35 percent on 2003. These are mainly iron and steel products, paper and machinery. There are also a number of companies active in Slovakia in telecommunications, chemicals, food and other fields.

As you can see there is some potential for expansion. One area of cooperation could be in supplying the automotive industry, and in timber products such as kitchen furniture.

TSS: Are you satisfied with the Norwegian business presence in Slovakia? Has the business potential been fully explored and what are the obstacles to the development of business links, if there are any?

BL: I believe there are many unexplored opportunities. Our main challenge is to make the companies in our two countries aware of these. Generally speaking, Norway has a very outward-looking economy, with a total export (2003) value of $91.3 billon, which is 41.2 percent of GDP. The value of total imports is $61.0 billion which is 27.5 percent of GDP.

The main export commodities are oil and gas, metals, machinery, chemical products, seafood products, paper and pulp, and ferro alloys. Norwegian industry is also at the forefront of technology and products for the oil and gas industry, hydropower technology, new sources of energy and marine biotechnology.

TSS: Could Slovakia's membership of the EU inspire closer business links between the countries?

BL: Norway and Slovakia are both members of the European Economic Area (EEA) and Norway is, through this, part of the internal EU market. This has and will open up business opportunities as well as opportunities for Norwegian companies to participate in EU-funded projects.

The EEA Financial Mechanism will also open up further cooperation between Slovakia and Norway. Slovakia and Norway signed a Memorandum of Understanding January 11 on the use of funds available through the EEA Enlargement Agreement.

Norway is by far the largest contributor to the EEA Financial Mechanism and Slovakia is one of the largest beneficiary states. In total, Slovakia will be entitled to approximately €70 million over a five-year period.

I am confident that the cooperation to be undertaken under the financial mechanisms will help to strengthen the bilateral ties between Norway and Slovakia, not only at the government level.

TSS: Your country is richly endowed with natural resources and Norway has often been touted as Europe's cleanest country in terms of energy use. Could Norway's experience and know-how in this area benefit Slovakia? What could Slovakia learn from Norway in this sphere?

BL: Yes, Norway is blessed with natural resources, among them oil and gas. Rivers and waterfalls have made it possible for us to rely on hydroelectric power as our main source of energy. Even though we are rich in natural resources, we have always focussed on spending the resources in a most efficient way - to be sure that our children and grandchildren will have the same access to our energy resources.

Consequently we have gained a lot of experience and knowledge on energy conservation and energy savings that are also relevant and useful for Slovakia. In the field of energy efficiency in buildings, there has been cooperation between Norway and Slovakia since 1991.

Norwegian methods and tools have been adjusted and further developed, education programmes established at universities, and engineers and other specialists have been trained. It is my understanding that most Slovak experts in this field are using Norwegian methods and tools in their daily work. There is also a focus on renewable energy resources such as solar energy and energy from wind, and I am sure that our experience in these fields is something that could be shared.

TSS: The influence on Slovakia of Nobel Prize winner Bjornstjerne Bjornson [Norwegian writer who supported Slovaks during the Austro-Hungarian Empire] is undeniable. Are there any other historical or cultural links between the countries? Is your embassy planning any cultural projects here?

BL: This year marks 100 years since Norway regained its independence, after a long history of being ruled by others. Like Slovakia, Norway has mountains and forests, and we are keen on outdoor life and sports. We are both peace-loving nations, actively participating in international organisations to this end.

Norway served as a non-permanent member of the UN Security Council recently; Slovakia now has the same aim. And we have both taken an active interest in what is going on in the Balkans and other conflict areas in the world. In other words: Norway and Slovakia have a lot in common, even though there are also some differences.

Norway established an embassy in Bratislava last year, and the formal opening took place January 11, 2005. There is still a lot of work to be done before we fully establish ourselves and the embassy does not expect to be fully staffed before early autumn. The embassy will of course have cultural projects in due course, but it is so far too early to reveal any concrete plans.

TSS: Though Norway has had its experience with asylum seekers from Slovakia, none of the fears of a vast wave of immigrants from Eastern Europe seeking work in the EU or Nordic countries have materialized in the months since EU expansion. What is Norway's experience with Slovak labour?

BL: As a matter of fact, I do not recollect any information on Slovak asylum seekers to Norway.

As regards the question of an influx of Slovak labourers, I have been told that Slovaks, like Norwegians, are not very keen on leaving home, not even for work. It may be that Norway is too far away or our climate is too harsh for people from Central Europe.

In any case, the experience I have heard as regards Slovak labourers in Norway is only positive.

There are some Slovaks working in the Norwegian meat industry as slaughterers, and some young people have used the opportunity to visit Norway during the summers, picking strawberries for Norwegian farmers.

I happened to meet one of these young people here in Bratislava not long ago, and I was so happy to hear that his experience had been positive. His decision to go back summer after summer to work for the same farmer tells me that he must be well-regarded by his employer.