LONGSTANDING cooperation between a Norwegian and Slovak company has resulted in an economic success story. With about 20 percent of its capital in the hands of Norway's HydroAluminium, Slovak aluminium producer Slovalco has been able to reach an annual turnover of Sk10 billion (€260 million).
Located in Žiar nad Hronom in central Slovakia, Slovalco's success is a boon to the region's economy, and now, thanks to environmentally friendly technology, no longer a threat to the environment. 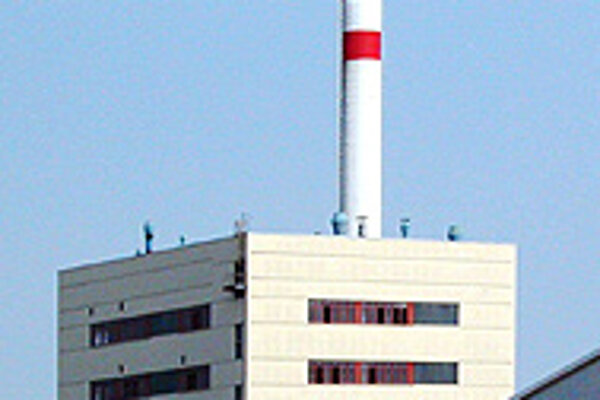 Font size:A-|A+0
LONGSTANDING cooperation between a Norwegian and Slovak company has resulted in an economic success story. With about 20 percent of its capital in the hands of Norway's HydroAluminium, Slovak aluminium producer Slovalco has been able to reach an annual turnover of Sk10 billion (€260 million).

Located in Žiar nad Hronom in central Slovakia, Slovalco's success is a boon to the region's economy, and now, thanks to environmentally friendly technology, no longer a threat to the environment.

Slovalco employs 630 people, and its annual production capacity represents 160,000 tonnes of liquid aluminium, the majority of which is exported abroad.

The history of aluminium production in Slovakia goes back to 1953, when Závod SNP was the biggest aluminium producer in the former Czechoslovakia. Although the company maintained production targets, SNP's outdated equipment was releasing volumes of pollutants into the air.

In the 1980s, when technological innovations became more affordable, SNP turned to HydroAluminium (then known as ASV) to help it modernize its facilities. Unfortunately, the political and economic environment in Slovakia changed, forcing SNP to halt its modernization efforts.

In 1993, Závod SNP was restructured and Slovalco was established. One year later, its former business partner HydroAluminium teamed up with the European Bank for Reconstruction and Development and invested in Slovalco. By 1995, the modernization efforts initiated by HydroAluminium in the 80s were completed, and a new era in Slovak aluminium production began.

"Current technology is ecological and the volume of pollution released in the air is under the limits set by Slovak and EU bodies," Milan Veselý, the general director of Slovalco, told The Slovak Spectator.

According to Veselý, HydroAluminium continues to provide Slovalco with new technology, staff training, management and administration know-how and technical support. While HydroAluminium used to manage the sale of liquid aluminium abroad, Slovalco management eventually won the Norwegian shareholders' trust. Today, a Slovak employee is in charge of foreign sales.

"In cooperation with the Norwegian partner, Slovalco found its way onto the foreign markets and uses HydroAluminium's trade network for exporting the products. Slovalco thus sells almost 85 percent of its production abroad, with the rest going to Slovak customers," Veselý said.

HydroAluminium decided to invest in Slovalco in the 1990s to strengthen its strategic partnership with aluminium producers in Central Europe.

"When Slovalco was founded, HydroAluminium saw an opportunity to take over the primary aluminium production and develop an added value production, too. Our intention was to export Slovalco's production to an increasing number of customers in Central and Southern Europe," Thomas Knutzen, spokesman for HydroAluminium, said.

Under the Norwegian company's leadership, Slovalco went through another modernization in 2001 to 2003, aimed at production expansion.

During this time the number of furnaces increased from 172 to 226, and the capacity of liquid aluminium production rose 50,000 tonnes to reach 160,000 tonnes.

According to Knutzen, HydroAluminium's financial strategy was fulfilled once production expansion at Slovalco was complete and Slovakia joined the EU.

"Currently, HydroAluminium sees Slovalco as a strong partner in the production and sale of products with an added value on the European market in areas such as extrusion billets and primary foundry alloys," said Knutzen.

Veselý says the Norwegian partner perceives its presence on the Slovak market as positive. "However, there are certainly bureaucratic procedural barriers. Communication with the state administration could be easier if electronic communication was introduced," he admits.

Slovalco sees automotive production as one of its greatest opportunities in forthcoming years. The company predicts that the average consumption of aluminium in Slovakia will increase, and that Slovalco's location - near automotive customers - is a competitive advantage.

So far, the price of aluminium on the international market is favourable for Slovalco. The price on the London Metal Exchange, for example, reached its nine-year maximum in 2004.

The international demand for aluminium remains strong due to a boom in the automotive industry in Europe and increased consumption of aluminium in Asia.

However, experts expect a slight decrease in aluminium prices at the end of the next year, with demand dropping a bit in 2006.