NORWEGIAN telecommunications company Telenor, which has been operating in Slovakia since 1995, is confident that demand for electronic communications in this country will increase. At the same time the company stressed that the liberalization of the telecommunications market will have to deepen if this process is going to speed up. 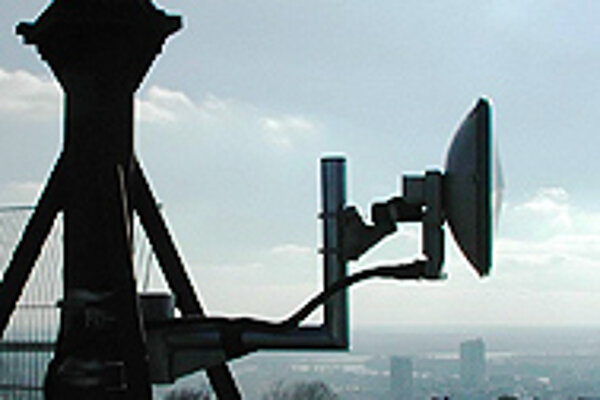 Font size:A-|A+0
NORWEGIAN telecommunications company Telenor, which has been operating in Slovakia since 1995, is confident that demand for electronic communications in this country will increase. At the same time the company stressed that the liberalization of the telecommunications market will have to deepen if this process is going to speed up.

"In the 1990s Telenor regarded the potential of Central Europe as an interesting challenge and gradually established its daughter companies in several countries in the region - the Czech Republic, Hungary, Austria, Poland and, of course, in Slovakia. Currently, Telenor has commercial activities in 16 countries," Kim Erik Schliekelmann, general director of Telenor Networks, told The Slovak Spectator.

Schliekelmann believes that modern telecommunications networks are a part of modern life and business.

"No doubt, interest in these services will be growing in Slovakia. For example, mobile communication is quickly spreading. However, there has been some delay in the introduction of high-speed Internet access. Slovakia is lagging behind European states in the number of high-speed connections. But experts consider the overall outlook for the electronic communication market in Slovakia as good," he added.

Schliekelmann noted that the slow implementation of EU legislation in the area of electronic communications in Slovakia, mainly at the administrative and regulatory levels, could slow down the development of telecommunications services.

Telenor established its first daughter company in Slovakia, aimed at satellite services, in 1995.

Telenor Slovakia operates in the field of satellite communication, transmission of data and voice signals, and provides consulting services to facilitate the implementation of telecommunication and information technologies.

The company, for example, provides products and services helping to renew the telecommunications network in the former Yugoslav states. Several Slovak ministries and TV stations use Telenor's communications services.

According to Schliekelmann, Telenor Networks is seriously interested in providing services for lower bands that would be based on technology affordable and attractive to the public. Licences for providing services in FWA networks in bands from 3.5 to 26 GHz have been granted in a majority of EU countries. So far, Slovakia has not granted licences for the 3.5 GHz band.

"We expect that liberalization processes will be introduced at a faster pace so that Telenor will have more space to fulfil the telecommunications needs of this market," Schliekelmann said.