World of stars and illusions

THE centenary of the invention of cinematography in 2002 was the motivation behind a number of exhibitions and associated events. This included an exhibition of movie posters called The World of Stars and Illusions, originally put together by the Moravská Galerie in Brno. 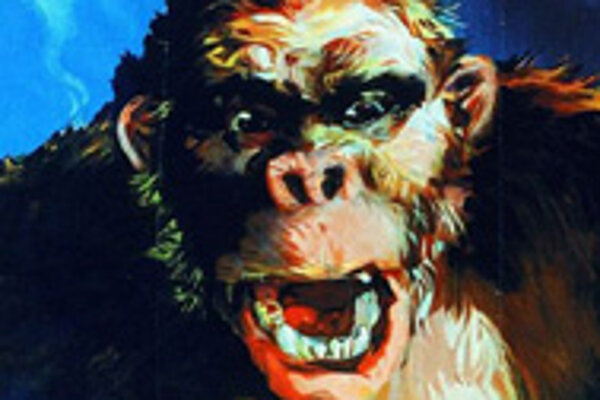 Font size:A-|A+0
THE centenary of the invention of cinematography in 2002 was the motivation behind a number of exhibitions and associated events. This included an exhibition of movie posters called The World of Stars and Illusions, originally put together by the Moravská Galerie in Brno.

Since then the exhibition has toured successfully around the globe, and is now making a welcome stop in Bratislava. Over 250 posters are displayed, including some now on show for the first time.

The posters range from those that simply tell us "what's on" to masterpieces that reflect different 20th century artistic styles, from art nouveau via art deco to postmodernism.

The works as a whole can also be viewed as an historical account of developments in film technology, from the silent era to the "talkies", to modern feature films full of special effects.

A walk through the rooms of the Mirbach Palace, where the exhibition takes place, can also act as a stimulus to memory. Among the works, for example, are the posters for modern classics Easy Rider and The Magnificent Seven.

Exhibition manager Jan Kukal comments, "This display is interesting not only for art lovers but also for movie goers."

A lithograph by Marcellin Auzolle for the movie Sprinkled Sprinkler, directed by Luis and Auguste Lumiére, from around 1896, is the oldest and one of the most precious posters in the exhibition. Another valuable item is the lithograph by Alfonz Mucha, presenting film as a means of education.

Marta Sylvesterová of the Moravská Galerie in Brno, one of the exhibition curators, also highlighted a poster by an anonymous artist for King-Kong, from 1933, which is the only known copy in existence.

Proof of the growing interest of art collectors in movie posters was when this one fetched around $60,000 at auction.

The exhibition presents posters for movies starring such luminaries as Elizabeth Taylor and Richard Burton, funny men such as Charlie Chaplin and Laurel and Hardy, as well as posters for films by great directors such as Hitchock, Bunuel and Antonioni.

Socialist realism, celebrating "the victory of the working class" is recalled here as well.

"I hope people will not write 'the farther the better' on a poster for the socialist-realist movie Far from Moscow, as they used to do," said Kukal.

Even though these years were not easy for artists that the Communist regime found troublesome, designing movie posters provided them a space to create relatively freely.

Posters for Czech movies take up a significant portion of the exhibition, from old films featuring Czech comedians Jan Werich and Vlasta Burian, to more recent productions, including Oscar-winning Kolja.

The history of Czech-Slovak cinematography is represented by posters for Closely Watched Trains and The Shop on Main Street.

In the section devoted to the latest movies, the exhibition includes a poster created by Slovak director Juraj Jakubisko for the Czech film, Bouquet. Other significant Slovak artists represented here include Albín Brunovský and Dušan Kállay.

"Alas, the creation of current movie posters is under the control of movie producers who have to sell the film," said Sylvesterová. "And they have found out that posters with photos of movie stars sell films the best. This means an end to the originality of movie posters.

"The time when the poster was the art of the street is past, and the original purpose of a movie poster - to inform people about the latest films - has been replaced by more effective ways of promotion," said Sylvesterová.

But it may be this tendency that has inspired the interest of art collectors in these historical works of applied art.