The secret life of continents

Sveta diely, Dlhé diely
Published by: Slnko Records
Available at: most record stores or internationally at www.tamizdat.org,
Cost: Sk350 (€9)
WHEN TWO continents collide the result is more than earthquakes and mountains. The moment they brush against one another, the lives of two separate landmasses join in a burst of exchange and evolution. Two worlds end and a new one is born. 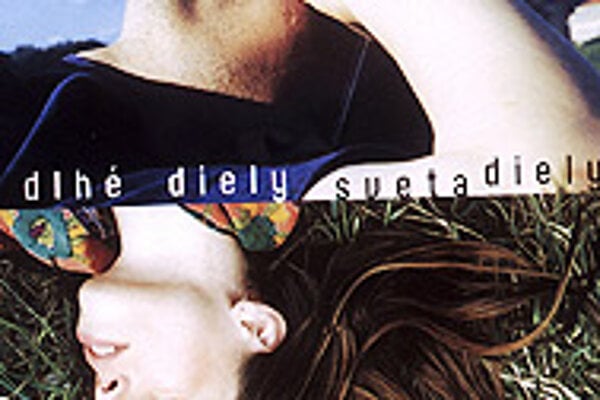 WHEN TWO continents collide the result is more than earthquakes and mountains. The moment they brush against one another, the lives of two separate landmasses join in a burst of exchange and evolution. Two worlds end and a new one is born.

Something of this sort happens on Sveta diely (which translates as both "Continents" and "Tectonic Plates"), the title of the new album from Bratislava's Dlhé diely.

Until this album, duo Daniel Salontay and Šina had released four disks on which, though they played together (at times together with friends), the personality of one or the other always defined the album.

On this fifth outing the duo's individual sounds fuse. Salontay and Šina come together, allowing artistic ideas to cross freely from one side to the other, setting off an explosion of new growth. The result is the band's most successful album to date.

The fusion is not taken so far that the album will seem strange to fans. Each song leans toward one or the other of the duo, letting the listener know that, buried somewhere below this new world, a dynamic fault line remains.

Šina is more focussed than on the previous albums. She reins in her lyrics and delivery, and this newly-concentrated power is clear from the first words of the opening Dobrovoľná jeseň, a shuffling folk-pop track that eases into your head like an old friend and is just as hard to forget.

The wild electronic production seen on the Šinadisk album (with the help of Slavo Solovic) is also toned down, without losing any atmospheric effectiveness. One example of this is the use of strings and soft pulsing in the background of Zeleným poľom, which forms a velvet cushion for Šina's voice. Another is the sound of crickets and sawing on Postavím ti dom that envelops rather than distracts from Salontay's acoustic guitar and Šina's voice.

For his part, Salontay takes his voice and guitar, which he stripped down to their essential elements on the albums Tu and September, a step farther. On Sveta diely's title track, minimal arrangements are directed into mesmerizing repeating bars that gather lightly, like clouds of emotion.

Likewise, he does not waste a note with the funky acoustic guitar underpinning Bublinky, or the blues-rock on Poslušný muž, a song full of reverb and percussive bite where he raises his voice from its usual soft tone.

The songs in which Salontay and Šina sing together are a welcome change. It is nice to know that not all tectonic meetings end in disaster.