The trials of popularity

Mean Girls
Starring: Lindsay Lohan, Rachel McAdams, Tina Fey, Tim Meadows, Amy Poehler
Directed by: Mark S Waters
Running time: 97 min
Rating: 7 out of 10
A LOT happened in 2004: genocide in Sudan, terrorism in Madrid, chaos in Iraq, foul play in Ukraine, and natural disaster in southern Asia. Yet, somehow, the world of entertainment plowed on. It was the year that Janet Jackson exposed her right nipple, Mel Gibson splattered Jesus' blood, and Michael Moore bashed President Bush. But, perhaps above all, 2004 was the year of Lindsay Lohan. 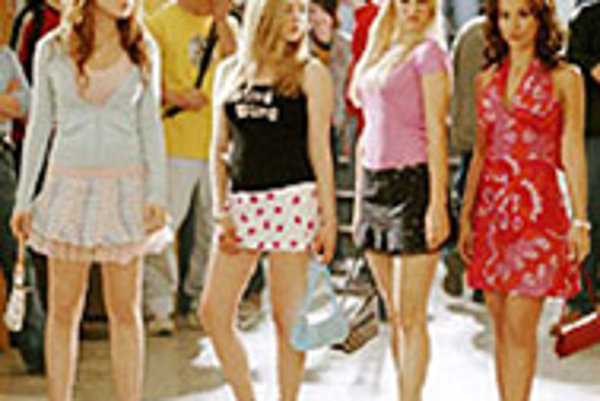 A LOT happened in 2004: genocide in Sudan, terrorism in Madrid, chaos in Iraq, foul play in Ukraine, and natural disaster in southern Asia. Yet, somehow, the world of entertainment plowed on. It was the year that Janet Jackson exposed her right nipple, Mel Gibson splattered Jesus' blood, and Michael Moore bashed President Bush. But, perhaps above all, 2004 was the year of Lindsay Lohan.

Initially, this was an undeniably positive development. After the surprisingly good Freaky Friday, Lohan began the year with the flawed but sporadically clever Confessions of a Teenage Drama Queen. She seemed poised to become Hollywood's smartest and most talented teen star and, after the initial summer release of Mean Girls, she basically was.

Inevitably, the gossip mill and the paparazzi took the offensive. When they first attacked - over everything from the young star's family troubles to speculation over whether or not she had breast implants - one couldn't help but wish that they would just leave the poor, sweet girl alone.

As the months went by and Lohan became increasingly unavoidable, however, one couldn't help but wish that the shameless self-promoter would just leave us all alone. The reports of her increasingly erratic behaviour were no doubt exaggerated, but the bombardment of overly sexual photo spreads were unfortunately very real. To dive even further into Britney Spears territory, Lohan ended the year by releasing a pop album.

What's most interesting about this evolution is its resemblance to that of Cady Heron, Lohan's character in Mean Girls, the movie that quite rightly made her a full-blown star. Cady begins the movie cute, precocious, and innocent but becomes catty, shallow, and the high school version of fabulous. As if training for her own stardom, Lohan tackles all these facets with aplomb.

Having spent most of her childhood being homeschooled in Africa by her zoologist parents, Cady, now 16, returns to the US and enrolls in high school. After quickly befriending Janis (Lizzy Caplan) and Damian (Daniel Franzese), a pair of unpopular outsiders, Cady is seemingly embraced by a trio of girls known as the Plastics. Led by Regina (Rachel McAdams), they are the most powerful, popular, and feared girls in school. And they intend to stay that way, no matter how much mudslinging and backstabbing it takes.

Janis and Damian see their friend's initiation in the Plastics as an opportunity for sabotage. So Cady agrees to feign interest in Regina and her followers, just as they feign interest in her. But the allure of popularity proves strong; soon Cady becomes every bit as superficial and manipulative as the group of girls she was supposed to infiltrate.

Just as she excelled at the beginning when playing Cady as sweet and naive, Lohan proves adept at playing mean and selfish - almost too adept. Her innate likeability ensures that the movie ultimately works, but not before some damage is done. Cady's transformation seems so drastic and so sudden that it's at times difficult to sit through and impossible to fully forgive.

That movie worked so well because Alicia Silverstone's Cher was so loveable that we never doubted our devotion to her. Cady may raise our doubts, but Lohan helps her triumph in the third act. Hopefully she can do the same for her career.