The long road back to Slovakia

MY TRIP from the United States to Slovakia last month took me through five cities and lasted 36 hours. I had four flights: from Rochester, NY to New York City, to Reykjavik, to London and to Prague. From Prague, I travelled by car and then train to Bratislava.
The night before I set off I stayed up until 4:00 packing, which left me tired and dazed. As the trip wore on, things got hazier. The airports, cars, buses, planes and lounges were like scenes from a never-ending series of dreams. 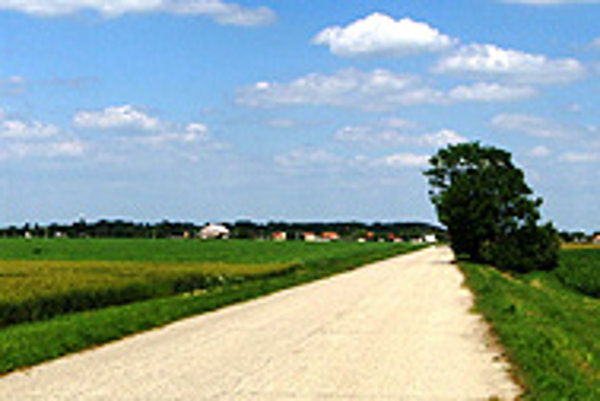 Font size:A-|A+0
MY TRIP from the United States to Slovakia last month took me through five cities and lasted 36 hours. I had four flights: from Rochester, NY to New York City, to Reykjavik, to London and to Prague. From Prague, I travelled by car and then train to Bratislava.

The night before I set off I stayed up until 4:00 packing, which left me tired and dazed. As the trip wore on, things got hazier. The airports, cars, buses, planes and lounges were like scenes from a never-ending series of dreams.

During a layover in New York City, I asked a stranger to watch my bags while I went to the bathroom.

They didn't blow up, and over the next three hours, the man and I developed an almost cosy relationship, whereby one of us would initiate eye contact whenever he needed to go to the bathroom. He'd then give a slight nod and walk off, confident his luggage was being looked after.

A few hours later, I nodded to the man for the last time, picked up my bags and resettled in an airport restaurant, where one of the waitresses turned out to be from Bratislava. Nine times out of 10 I can pick a Slav out by the accent, and most of the time, I know if it's a Slovak.

"How did you guess?" she said. "Why you speak Slovak? Odkiaľ si? Moment. Hneď sa vrátim. [Where are you from? Just a moment. I will be right back.]"

I didn't go into the details of my life, but the truth is, I didn't know Slovakia existed until I was 23, and now, five years later, Slovaks pop up on me out of nowhere all the time.

My brother's ex-girlfriend, from my hometown in upstate New York, lives, it turns out, with a man from Brezová pod Bradlom.

I met him in the lobby of a movie theatre.

We had a beer. He told me about fleeing communist Czechoslovakia, and tales of travelling in India and working on Alaskan fishing boats ("These hands have touched at least two million fish.") He invited me to his house, where a painting by the surrealist Slovak artist František Lipták hangs. It's entitled Our Chieftess is Ready for Anything.

Slovakia seems to be in the international news more and more often, too. While I was away this summer, I kept hearing about the tough love the Mikuláš Dzurinda government was giving the economy.

I gave myself some tough love, too, and as a result, flew through Iceland to save a few dollars. As it turned out, the cost-cutting airline that took me from London to Prague charged me a heavy-baggage fee that was so large, I ended up spending more money than if I'd flown directly to Bratislava.

This would have been funny had it happened to someone else, but it was happening to me. I looked around for a luggageless traveller to foist one of my bags on. There was a pair of English teenagers and various businessmen. All had their hands full.

It occurred to me later that foisting bags on strangers must be against the rules these days. I could have been suspected of terrorism twice in one day.

"This fee is twice the price of my ticket," I told the guy behind the counter. "Can I buy another ticket and get double the baggage?"

"It don't work like that. One person can't have two flights on one flight. It don't make sense. One person, one flight. Besides, today's price is 300 pounds."

My girlfriend's father picked me up at Prague airport. We made good time on the highway, but the instant we turned onto local roads, fog descended and Vladimír had to cut it to 30 kilometres an hour. We chuckled over the subtle difference between the Czech word for fog, mlha, and the Slovak word, hmla, and I fell asleep.

I boarded a train the next day for Bratislava. I am always happy to be at my girlfriend's in Moravia, but I'm also always glad to re-enter Slovakia, where things are familiar. (In this respect, at least, I'm like former Prime Minister Vladimír Mečiar, who says he feels uneasy when he's away from his homeland.)

It makes sense to see border guards wearing green (not Czech blue), and know that fog is hmla, that verbs in the first person singular always end in "m", and that 20 crowns comes in a bill, not a coin.

At Bratislava station, I had time to look around and think while I waited for a taxi. Slovakia didn't seem like it was in the middle of a whizz-bang economic miracle. The station had the same sheen of neglect as five years ago. There was lots of graffiti and rust.

Nevertheless, I was relieved to be back. What soothes me, I think, about Slovakia, is that it's a poor country, and that a lot of its citizens are from the countryside. I am from a rural, economically depressed swath of land. The pace of life here is somehow familiar.

Having said that, I of course hope Dzurinda and Ivan Mikloš turn the country into a 21st-century economic tiger, and Bratislava into a roaring capital. Furthermore, I fully expect to be a millionaire someday.

Who knows how it'll all turn out? I'm keeping my fingers crossed and holding my thumbs.