DIGITAL technology used to measure the share of the television viewing audience has helped TV stations shape their programming structures. More importantly, however, it has brought the Slovak media market closer to international standards.
Media buying agencies now agree that the Slovak media market is almost at the level of its western counterparts. However, the agencies think there is still room for an improvement. 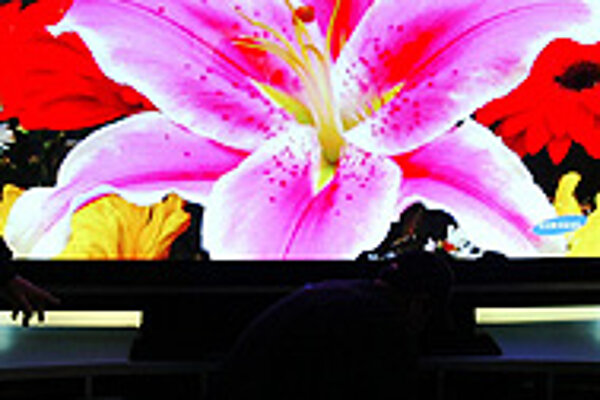 Font size:A-|A+0
DIGITAL technology used to measure the share of the television viewing audience has helped TV stations shape their programming structures. More importantly, however, it has brought the Slovak media market closer to international standards.

Media buying agencies now agree that the Slovak media market is almost at the level of its western counterparts. However, the agencies think there is still room for an improvement.

The Slovak media market has been taking shape since the 1990s. The launch of private TV and radio stations, and the entry of knowledgeable international investors into the market, have been among the most important factors.

One of the latest steps in this modernization process has been the introduction of people meters that can help advertisers target products more successfully.

"Apart from the size and structure of investments in the media market, standard terms of trade and media research determines the "unified currency" [comparable criteria] of the market. These are the factors that contribute to a developed media market," Martin Kaniansky, senior account manager from the MediaCom agency, told The Slovak Spectator.

Braňo Polák, managing director of Starmedia, pointed out that a developed media market should fulfill main conditions like audited expenditures of advertisements, a monitored readership and viewing audience, and transparent relations between media, agencies and clients.

"The introduction of people meters at the end of last year was another step towards such a developed market in Slovakia. This year, space for TV commercials is officially planned and traded according to people meters," Polák added.

He thinks that there is room for improvement, especially in terms of the monitoring of print media readership, the evaluation of how outdoor advertising (billboards, buses etc.) is perceived, and the monitoring of radio audiences. The Association of Media Agencies in Slovakia will play an important role in this process.

Kaniansky pointed out that achieving healthy relations between public and private media (see article p. 6) would help the market as well.

Media agencies expect a slight increase in the amount of investment in advertisements in the years ahead. The reason is that there is still room left in the market, which is likely to be taken up in the future.

"There are still some industries in Slovakia that rarely use the media for communicating their brands which is different to how it is abroad, like developers, energy companies and private brands of hypermarkets, for example. I believe that this year will bring positive changes to the market," Polák predicts.

"The trend [of increased investment in the media] will continue and clients' interest in using all parts of the communication and media mix to market products and services will rise," Kaniansky said.

However, the agencies believe that the market will not change that much as it is limited due to its size. In general, television will remain the main media used for communication campaigns. Print media will also play an important role, as will radio stations and the Internet.

"Non-traditional forms of print and outdoor campaigns, innovative programming on TV or radio will still be, in my opinion, an exception," Polák concluded.

The year-on-year hike in spending on television advertising, representing Sk6 billion (€160 million), was the main contributing factor to the overall increase.

Companies that spent the most on advertising last year were from the banking, insurance, telecommunications, food, drinks and leisure sectors.

Ivan Šimek, director of TNS SK, emphasized that the amount is calculated according to prices in advertisement pricelists and that the real numbers would be lower.

For example, in 2003, spending on advertisements according to pricelists represented Sk16.9 billion (€440 million). The real amount of money spent, including barters and discounts, stood at Sk5.09 billion (€130 million).