The Slovak year of Bach

IN GERMAN, "bach" means stream, so it is as if Johann Sebastian Bach's name signalled his musical destiny. For in the world of music, Bach's compositions flow on as everlasting inspiration.
In this, the 320th year of his birth, and the 255th of his death, Slovakia is devoting a whole year to celebrating the accomplishments of this musical mastermind. Leading local and foreign musicians and singers will perform Bach's original works as well as arrangements influenced by the composer. 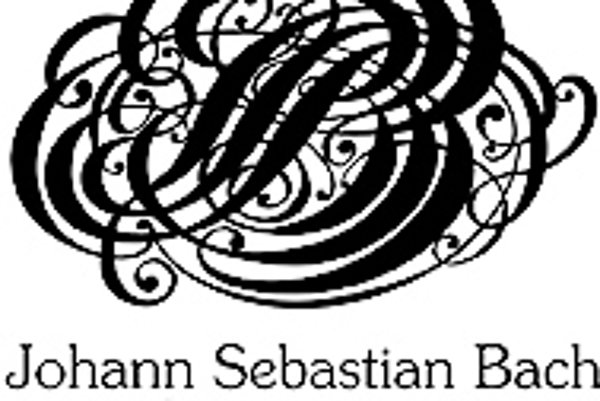 Font size:A-|A+0
IN GERMAN, "bach" means stream, so it is as if Johann Sebastian Bach's name signalled his musical destiny. For in the world of music, Bach's compositions flow on as everlasting inspiration.

In this, the 320th year of his birth, and the 255th of his death, Slovakia is devoting a whole year to celebrating the accomplishments of this musical mastermind. Leading local and foreign musicians and singers will perform Bach's original works as well as arrangements influenced by the composer.

Johann Sebastian Bach: Slovakia 2005 will see over 20 concert and festival events in the capital as well as other towns and villages across the country. Some of these events will even cross the Slovak borders.

"We want to take Bach outside Bratislava as well. We all need a spiritual injection," said Ján Juráš from the AP Project agency, which is organizing the festival with the Music and Dance Department at Bratislava's Academy of Performing Arts (VŠMÚ), the Concert Artists' Society, Slovakia's Bach Society and the Towns' Union.

Organist Ján Vladimír Michalko and trumpeter Juraj Bartoš opened the festival at Bratislava castle January 16. According to Michalko, the dean of the VŠMÚ's Music and Dance Department and the President of the Concert Artists' Society, the festival aims to "work on waking up Slovakia's cultural awareness".

Visitors to the next event in the series, on February 20, will have the opportunity to judge modern rewrites of Bach's works by renowned musicians from the second half of the 19th century. Under the title Bach Inspires Romantics, Slovak cellist Eugen Prochác and pianist Eleonóra Škutová will perform arrangements by several international figures, including Ferruccio Busoni and Carlo Alfredo Piatti.

According to the organizers, March and July are the months when Bach's message will resonate the most.

"On the day of Bach's death [July 28], it is our ambition to play 255 organs in Slovakia as well as abroad," said Juráš.

On that Thursday, between 18:00 and 22:00, musicians and vocalists in various places will perform works by Bach. The composer's Wer nur den lieben Gott lässt walten cantata will be the highlight of this united international happening. So far around 100 organists have agreed to take part, including musicians in the Czech Republic, Austria, Lithuania and the US.

Five years ago, joining the worldwide Bach Year festival initiated on the occasion of the 250th anniversary of the composer's death, Juráš organized a similar happening, triumphing with 136 musicians playing Bach on the organ at the same time. This year, starting earlier with the organization, Juráš believes the happening can be even more successful.

Johann Trummer, professor at the University of Music in Graz, will hold an organ concert March 20 at Bratislava castle. One day later he will lead a seminar on Bach's St Matthew Passion in the Mozart Hall of the Austrian Embassy.

Other highlights of the festival will be the May 7 concert at Trnava's Franciscan Church. International vocal soloists along with Trnava's Musica Vocalis chamber choir and Bratislava's Solamente Naturali orchestra will perform Bach's Magnificat in D, BWV 243, and Marc-Antoine Charpentier's Te Deum.

Organ festivals in Košice, Piešťany, Trnava, Bardejov, Liptov area, Skalica, and Bratislava will focus their programmes on Bach's works. Since more and more institutions and individuals are emerging to join the festival, the year-round programme is not yet final.

Johann Sebastian Bach: Slovakia 2005 started unofficially last year with the publication of a calendar featuring Slovakia's Historical Organs and a CD release of the second part of Bach's Well-tempered Clavier. In a similar vein, it will continue into 2006, when on March 21, the 321st anniversary of the maestro's birth, organ musicians will play his work for exactly 321 minutes.

What: Johann Sebastian Bach: Slovakia 2005.
When: January 1 to December 31.
Where: Towns and villages across the country and abroad.
Info: www.juras.sk/bach05 (also in English).