FORMER Transportation Minister Jozef Macejko has at least one reason to sleep well at night: the criminal charges against him have been dropped.
Legal action against Macejko came to an end when prosecutor Ján Šanta determined that he could not prove that Macejko acted illegally when he handled the tender for the ministry's purchase of 35 light diesel engines for trains.
Charges have been dismissed against former ministry head Peter Klučka and former deputy minister Michal Balog as well. 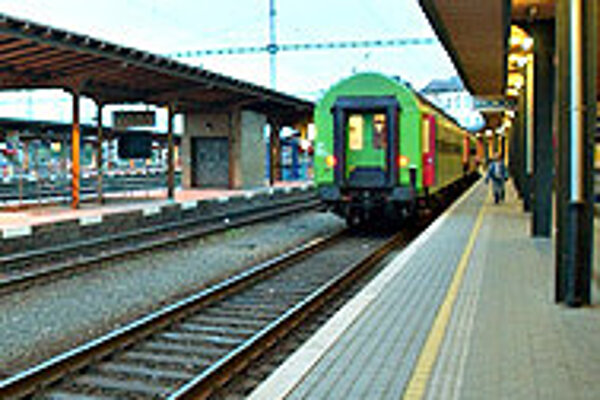 Font size:A-|A+0
FORMER Transportation Minister Jozef Macejko has at least one reason to sleep well at night: the criminal charges against him have been dropped.

Legal action against Macejko came to an end when prosecutor Ján Šanta determined that he could not prove that Macejko acted illegally when he handled the tender for the ministry's purchase of 35 light diesel engines for trains.

The only one left to carry responsibility for the deal is the former Czechoslovak minister of foreign trade, Jozef Bakšay, who is being prosecuted in the Czech Republic. Bakšay faces charges of accepting bribes from French company Alstom, a maker of railcars.

Although an investigation confirmed that Macejko and his subordinates did not act entirely in line with the law when they pushed the ministry to accept an offer from a specific firm, the prosecution says that no crime was committed.

Šanta explained that the former senior figures at the ministry acted at odds with ethical rules, but not against the law per se. The Slovak penal law simply does not contain a paragraph that would define such behaviour as a crime, he said.

Macejko and his colleagues were suspected of abusing insider data in 2002 and interfering with the light train tender by advocating failed bidder Alstom despite two other companies having won the tender.

Slovakia does not have an effective law on the books that would define Macejko's recommendations as a violation.

While Macejko might not have broken the letter of the law, many feel he violated the spirit.

"Basically, the state bodies can only do what the law allows them to do, and no law obliges the minister to intervene in state tenders; or, I would say, no law allows a minister to lobby for one or another firm involved in a public tender," Hrubala said.

Nevertheless, Hrubala says he fully respects the decision of the prosecutor. He points out that prosecution bodies are independent from the government; consequently, dismissing criminal charges against Macejko, Klučka and Balog should not reflect poorly on the credibility of the government.

"I said it from the very beginning that I committed no crime. I am glad that after two and half years of making my life bitter, this case has confirmed my innocence," Macejko told economic daily Hospodárske noviny.

Macejko was recalled from his post shortly after an incriminating letter was leaked to the public. The letter, sent by former Slovak Democratic and Christian Union (SDKÚ) member Peter Kresánek, was addressed to Prime Minister Mikuláš Dzurinda.

In the letter, Kresánek wrote that it did not make a difference for SDKÚ whether the French or the Swiss firm won the tender. The media interpreted the content to imply that Kresánek was suggesting that his party could benefit from the tender.

The prosecution could not prove the media's speculations. Dzurinda also rejected the claim that any money slipped into the SDKÚ's pocket.

Emília Sičáková-Beblavá, head of the political ethics watchdog group Transparency International Slovakia, thinks that Macejko acted wrongly in the tender and that the prosecutor should have been more thorough in seeking ways to hold Macejko accountable.

"I think Macejko should have not intervened in the tender, but no action can be taken [against him] because, at that time, there was no valid law making lobbying an offence," Sičáková-Beblavá told The Slovak Spectator.

She does not think that Macejko's actions represent the greatest problem in Slovakia. "In this [the purchase of the light trains], there was a public tender announced, and the law on public procurement clearly states what can and cannot be done by the procurer," she said.

However, Sičáková-Beblavá believes that the prosecution could have bolstered its case against Macejko by taking a different legal tactic.

"We have a law on the abuse of power of state officials. I think [the prosecution] should have taken this path [to indict Macejko]. I personally do not understand why the prosecution would drop the case because, as they say, there is no law against lobbying."

Sičáková-Beblavá told The Slovak Spectator that even if a law against lobbying had been on the books, it would not have made much difference. "Perhaps it is the easiest thing to say that we do not have the necessary legislation, but I think Slovakia has enough laws. A law against wrongful lobbying would not spoil anything, but it would not have bought any decisive changes [to the prosecution of Macejko]. Rather, I think Slovakia needs to engage in a discussion of what should be allowed and what should not."

In its official stand, the SDKÚ claims that the prosecution's decision shows that Dzurinda made the right decision when he sacked Macejko.

"The former leadership of the Transportation Ministry was unethical, but not that of the SDKÚ or Dzurinda," said the spokesperson for the party, Martin Malko.

According to the SDKÚ, the investigation report shows that even if Macejko technically committed no crime he was guilty of acting beyond the scope of his legal responsibility.

A brief history of the tender

In the summer of 2001, the national railway company ŽSSK announced a tender for the procurement of light diesel engines. Shortly after Miroslav Dzurinda, the brother of PM Dzurinda, was appointed the head of the tender committee, the committee short listed the Stadler-ŽOS Vrútky consortium and Alstom.

In December 2001, the tender committee selected the Stadler-ŽOS Vrútky consortium as the winner. When French company Alstom complained about the decision to Macejko, the former minister demanded an explanation. Alstom afterwards submitted an improved bid that Macejko's people were reportedly advocating. However, the committee once again confirmed Stadler-ŽOS Vrútky consortium the winner.

Macejko claimed that the Alstom offer was more advantageous by more than Sk800 million (€20.7 million).

The daily SME warned about problems surrounding the tender when, in 2002, it published a letter sent by the Swiss president to his Slovak counterpart complaining about the minister's unfair intervention in the tender process.

After Macejko was sacked, the interim transportation minister, Ivan Mikloš, abolished the tender in September 2002.