WITH the Slovak government working flat out on preparations for the late-February summit between US President George W Bush and Russian President Vladimir Putin, Slovak Prime Minister Mikuláš Dzurinda found time to tell The Slovak Spectator about how the summit arose, and how it fits with Slovakia's overall foreign policy.
The Slovak Spectator (TSS): As Slovakia becomes ever more integrated with the European Union, to what extent will it be able to preserve its identity? To what extent is it important to preserve it? 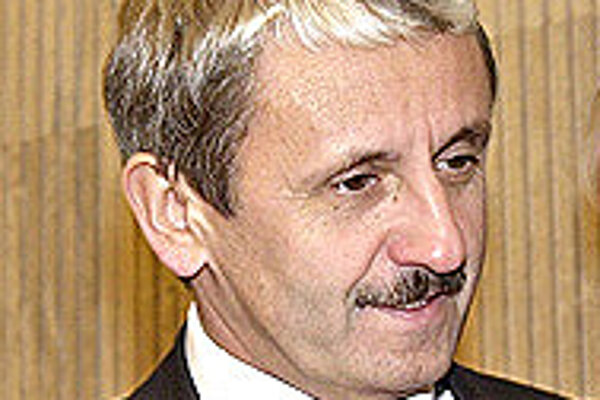 Font size:A-|A+0
WITH the Slovak government working flat out on preparations for the late-February summit between US President George W Bush and Russian President Vladimir Putin, Slovak Prime Minister Mikuláš Dzurinda found time to tell The Slovak Spectator about how the summit arose, and how it fits with Slovakia's overall foreign policy.

Mikuláš Dzurinda (MDz): I don't think the European Union will ever move in a direction where national identities are threatened. On the other hand it's the job of national leaders to ensure that the principle of solidarity is observed in Europe. For example, our policy is to cooperate on everything that can help the people of the EU, such as international terrorism, and also to compete and maintain national sovereignty whenever we think it can benefit all EU citizens.

I can imagine closer cooperation - and even giving up some measure of national sovereignty - in the fight against terrorism. But we will always be against (at least, politicians who represent parties like mine will be against) unifying tax policy. I believe that internal competition is a motor of growth, just as it is in America.

It does no harm to appreciate what others have, but also to believe that we have it best at home. For example, I don't like reality shows, I don't understand them, and I'm frequently amazed by how popular they are. I feel much more at home with Slovak folklore exhibitions, not just the biggest ones but also smaller regional shows. I feel that they represent what we are as Slovaks. I believe Ruthenian folklore will always dominate in Medzilaborce, and Zemplín folklore in Zemplín. I can't imagine Bavarian culture ever being more popular in these places, for all that it is wonderful.

I can also be up all night when [Slovak tennis star] Dominik Hrbatý is playing a quarterfinal match in a Grand Slam tournament. It's such a great example for our youth. It's much better to do sports than get fat or, God forbid, do drugs.

So it's not good to always emulate older democracies in everything they do. We should also be offering our own wares to them.

TSS: The European Union is in something of an identity crisis following enlargement, and is searching for a common identity that offers more of a bond than do the mere economic advantages of membership. What contribution can Slovakia make to this new identity?

MDz : Our contribution may be that, as a multicultural country with strong minorities such as Hungarians, Germans, Ruthenians and Roma, we can offer a model of coexistence between citizens. We have given Slovakia six years of ethnic peace and room for minorities to develop. We have built a civil society that can act as a force for unity in Central Europe. Our contribution might also come from our experience of reforms, and our ability to communicate the need for them to people.

TSS: So this contribution would be more liberal and humanist in nature than conservative and religious?

MDz : If you want to simplify it in that way, I have no objections. We have to remember that the European continent last century gave the international community two World Wars. We should be united by the knowledge that only by building civil society, mutual respect and solidarity will we be able to keep this continent together. Providing people with security, a free society and the chance to prosper are enormous challenges, but they're also the central idea that should unite us - Slovaks and Hungarians, French and Germans.

TSS: Can Slovakia make an equally significant contribution to US-European and US-Russian relations?

MDz : I was one of eight prime ministers to sign the declaration of support for the allied operations in Iraq. It was the right thing to do, because at a crucial moment we expressed clear support for trans-Atlantic values. It was my initiative, and although it caused some upset, today I can see I did the right thing.

I think we will always make the strongest contribution by taking clear positions of our own, and not waiting for what France, Germany or Poland say, because that creates the most room for free debate and choosing the best decision.

The day that US and British troops pulled down the statue of Saddam Hussein in Baghdad, I was in the Kremlin and [then-Slovak] President Rudolf Schuster was at the White House. That was a very telling bit of symbolism. I had an 80-minute talk with President Putin, who was very critical of the military operations [in Iraq] that I had supported. At the end of our long talk, I told him that, however much we disagreed on this matter, I was always happy to see the US and Russian presidents together. So you can imagine how much I'm looking forward to welcoming these two leaders to Bratislava.

Maybe precisely because our policy is both independent and positive and not directed against anybody, we have managed to enter Euro-Atlantic groupings and at the same time not lose the fundamental trust of countries like Russia and Ukraine.

We're going to continue in such policies, and we'll continue to focus on Ukraine and the Balkans. Last June I paid a two-day visit to Ukraine, and I had two basic conditions: to meet with the opposition leader of the time, [Viktor] Yushchenko, and meet with NGO leaders. I achieved both aims. Today we are going to pay even closer attention to Ukraine than yesterday. When I called President Yushchenko to congratulate him on his election victory before Christmas, we agreed Slovakia would offer Ukraine all of its experiences gained from reform. I am very aware of what awaits Ukraine on its path. Everything is just starting there. Ukraine needs enormous help in deepening democracy, in communicating to its people that what is in store will hurt at first, maybe hurt a lot, but the sooner the country gets it over with the better.

TSS: Why do you think Slovakia was chosen as the site of the Bush-Putin summit?

MDz : In my visits to the United States over the years I have consistently tried to build trust. I have had good relations with both President Bush and former President [Bill] Clinton. I very much wanted, after the 1998 elections, for my country to become a member of the secure world. It was priority number one because only a secure country can develop economically and become prosperous. We had begun this work even before 1998, when as a member of the Slovak Democratic Coalition I visited two countries to introduce our party: the United States in 1997, and Poland, which seemed to us to be a potential strategic partner on the road to the EU and NATO.

I also very much wanted the president of the United States to visit Slovakia. I spoke of it with Presidents Bush and Clinton both. I spoke again with President Bush in the Oval Office following our ceremonial induction to NATO. I told him, half joking, that he had called me many times, and I would be happy if I could call him once, after he won the next election, and get a promise from him to visit. It just happened much more quickly than I could have hoped.