MANY fair and exhibition oraganizers in Slovakia consider 2004 to have been a breakthrough year in Slovakia after years of stagnation in the industry. The number of exhibitors went up, including an increased number from abroad.
Fair organizers think that EU membership and dynamic growth in the Slovak economy were the main factors encouraging growth. 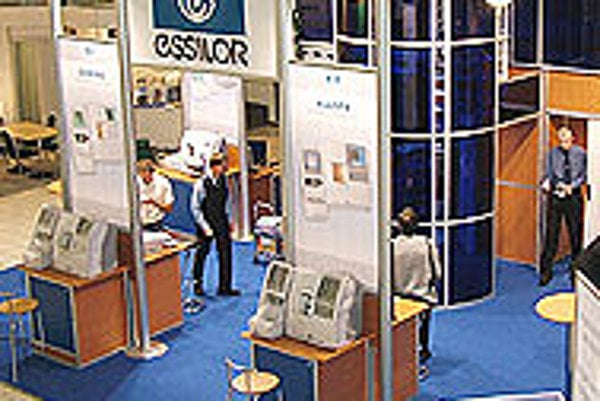 MANY fair and exhibition oraganizers in Slovakia consider 2004 to have been a breakthrough year in Slovakia after years of stagnation in the industry. The number of exhibitors went up, including an increased number from abroad.

Fair organizers think that EU membership and dynamic growth in the Slovak economy were the main factors encouraging growth.

Generally they expect a bright future for the industry. One reason is that exhibitions remain a specific promotional tool that give visitors the opportunity to touch and experience goods, unlike other media.

Despite the general optimism, Eastern Slovakia is not content about developments last year. A lack of interest from investors in the region meant a poor year for the regional fair industry.

However, in Bratislava things were quite different. Alexander Rozin, general director of Incheba Bratislava told The Slovak Spectator: "Last year was particularly successful for our company and was one of the best year's in our history. Incheba Bratislava and its branch in Prague organized more than 200 events in 2004.

"That is the same number as the previous year but their quality and size increased dramatically. The record number of visitors, more than half a million, confirms this. Our covered exhibition area grew by 10 thousand square metres."

In 2005 Incheba expects even more interest from participants and visitors, including from abroad. The company aims to organize new fairs aimed at the automotive industry.

Rozin admitted that today, an exhibitor thinks twice before he makes the decision on whether to take part in an exhibition. But once a decision to attend is made, there is much more investment in the project than 10 years ago.

Dušan Kováč, the director of BB Expo, which organizes fairs in the Banská Bystrica region, said that 2004 was significantly better than 2003.

BB Expo is preparing eight countrywide exhibitions and fairs for 2005. "The exhibition industry in Banská Bystrica is taking advantage of its favourable central location. Visitors can reach here within 2.5 hours from Western as well as Eastern Slovakia," he added.

Marek Baluška, from the marketing department of Agrokomplex - Výstavníctvo Nitra, agrees that interest in Slovakia grew during 2004. EU membership raised the country's international profile and improved its image, which leant support to industry.

"From our point of view, there was no negative activity in the exhibition industry in 2004. Markets related to industries in which we organize our fairs stabilized. From the point of view of the quantity as well as the quality, 2004's fairs were a continuation of the positive trend in 2003 and previous years," Baluška told The Slovak Spectator.

The stagnation of the exhibition industry in the Košice region did not end, however. Marián Lukáč, of 1.košická výstavnícka spoločnosť, expressed his disappointment:

"We organize only regional fairs and exhibitions and we cannot expect the same sort of dynamic growth as large exhibition companies in Slovakia. But even in events where we forecasted at least a mild increase, nothing like that happened.

"Interest in the region of Eastern Slovakia was not what we hoped. There are too many regional exhibitions. Some of them do not meet the clients' requirements and they spoil the image of the whole region. Our efforts to unite some events were not understood by the competition," he pointed out.

Lukáč said that regional exhibitions abroad enjoy quite a large number of visitors. However, the exhibitions must be well prepared and coordinated.

Good infrastructure plays an important role in the success of an exhibition. That is still missing in some Slovak regions.

Market players agree that the potential of the industry has not been fully realized in Slovakia. Estimated turnover of the exhibition industry represents about Sk1 billion (€30 million), said Kováč.

Abroad, fairs and exhibitions share at least 30 percent of the overall "media mix". That means that Slovakia is hardly using its potential compared to other countries.

Exhibition organizers think the presentation of a company at fairs has unique advantages that some Slovak companies are still not able to use effectively.

At the same time they emphasize that companies must come well-prepared to such an event and to contact their potential visitors and business partners before the actual event starts.

"It is a unique form of communication with a business partner or customer, and so fairs still play an important role. Currently they are experiencing a renaissance.

"Experience confirms that the Internet and other modern technologies that were previously perceived as competition to exhibitions and fairs are, in fact, an important supporting tool for this industry," Rozin explained.

"It is certainly the most effective way of acquiring new direct contacts. The Internet as well as other new technologies help us prepare better and faster for direct contacts at exhibitions," Kováč said.

"Any other media does not offer the chance to compare products and services with the competition. It is literally possible to touch exhibited products or services and this kind of information is priceless. Such an opportunity to meet products' developers and producers provides answers to many questions," Lukáč added.

He continued: "However, being prepared for an exhibition is a must. Even a small firm can succeed if it does not underestimate the preparation it needs. Many managers mistake exhibitions for market places and their efforts and money can end in vain".

In order to support the regional fair and exhibition industry some exhibition organizers would welcome state support for small-and medium businesses to take part, partially reimbursing them by paying the participation fee.

Kováč thinks construction of exhibition and congress centres in Central and Eastern Slovakia would help to balance the greater weight of Western Slovakia.

Experience confirms that such centres should not be more than 200 kilometres apart. Slovakia's two main exhibition centres, in Bratislava and Nitra, both in Western Slovakia, are only 100 kilometres from each other.