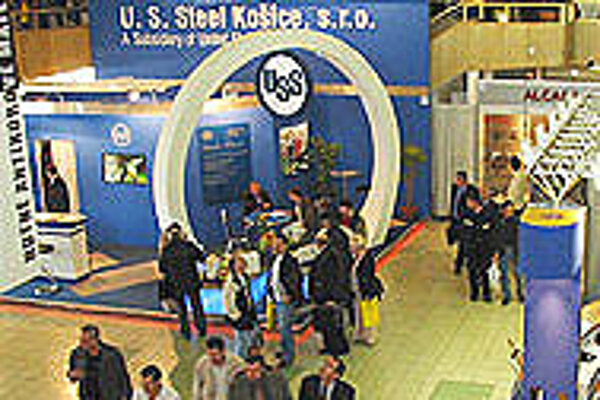 THE EXHIBITION industry in Slovakia has more or less stabilized since 2001, with the number of annual events averaging 100. Going into 2005, 106 fairs and exhibitions are planned.

Last year, the industry grew by approximately 10 percent. About 7,600 exhibitors, of which 1,200 were from abroad, took part in Slovak fairs and exhibitions.

Slovak fair and exhibition events most target small and medium businesses; last year only 16 percent of companies that presented at exhibitions had more than 50 employees.

Exhibitors continue to make money at Slovak exhibitions - to the tune of billions of crowns. Direct deals concluded at exhibitions in 2004 reached Sk4 billion (€100 million).

About 79 percent of exhibitors considered their exhibition presentations successful in 2004; 81 percent of companies were confident that they would attend exhibitions in 2005.

The majority of firms (91 percent) spent either the same or more on exhibition preparations than the previous year.

A quick look at attendees

A survey conducted by the Central European Union of Exhibition and Fair Statistics (Centrex) showed that fair and exhibition events are still popular and fulfil current market demands.

Most of respondents said that they took part in two to three exhibition events per year. More than half did not prepare for the event before showing up. Distance to an event did not play an important deciding factor in whether to attend an event for 30 to 35 percent of visitors. Visitors spend about eight to nine hours at each one-day visit.

Visitors are mainly looking for new products, information and ideas. Fairs and exhibitions remain attractive for those with free time.