More room at the inn?

BRATISLAVA is fast becoming a desirable venue for conferences and congresses. However, the city still lacks appropriate facilities for events involving more than a few hundred people.
Nevertheless, a growing number of firms do want to organize their company's congresses in the Slovak capital. Most of them are international companies with branches sited in Bratislava.
Congress clients come mainly from the IT, telecommunications, pharmacy, automotive and tourism sectors. 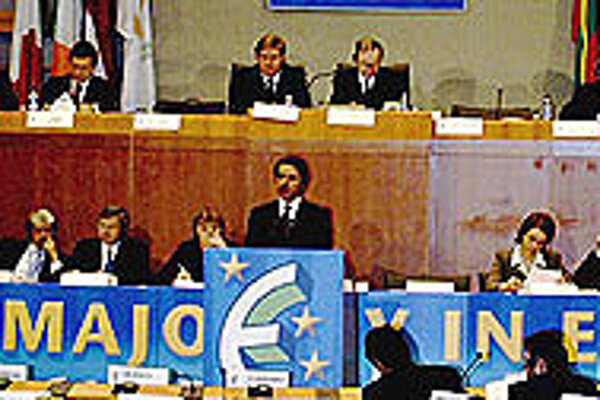 Font size:A-|A+0
BRATISLAVA is fast becoming a desirable venue for conferences and congresses. However, the city still lacks appropriate facilities for events involving more than a few hundred people.

Nevertheless, a growing number of firms do want to organize their company's congresses in the Slovak capital. Most of them are international companies with branches sited in Bratislava.

Congress clients come mainly from the IT, telecommunications, pharmacy, automotive and tourism sectors.

The country's attraction as a site for international companies can be put down to two major developments - Slovakia's entry into the European Union and the introduction of a flat rate income tax.

This in turn is leading more and more companies to organize their congresses and conferences in Slovakia.

"Bratislava has a very favourable location because it is a gateway to Eastern Europe and lies near large cities such as Budapest and Vienna. This gives the city good prospects for international conferences," Jana Lehocká, food and beverages manager of the Holiday Inn told The Slovak Spectator.

Jana Martincová, commercial director of the Radisson SAS Carlton hotel, agrees that location is an important reason why Bratislava is attracting interest as a congress venue.

Jana Popadáková, congress manager of the Danube hotel, said: "We think that Bratislava definitely belongs among potential business destinations. It is attractive not only for tourists but also for business clients coming from home and abroad. Since the EU accession we have recorded a significant increase in interest from foreign clients in our congress services."

However, being a small city, Bratislava does lack certain capacities. Hotels in the capital find it difficult to offer high quality services to very large numbers of guests.

"We need to be able to organize a congress for 500 to 1,500 people. Today, it is normal for clients to expect parking for all participants, high-speed Internet access in the congress rooms, built-in interpreter cabins, the possibility to section off the room during breaks, air-conditioning, a warm lunch for everyone, cloakrooms, sanitary facilities.

"In Bratislava you will just not find such premises for so many people and clients are looking for them," said Lehocká.

However, hotels expect interest in organizing such events in Bratislava to grow, mainly thanks to business developments in the city.

Foreign companies are using Bratislava to set up services such as call centres. These companies are also looking for new destinations for congresses and Bratislava is often high up on their lists.

Hotels are therefore promoting their congress premises through international booking systems, their own websites or the Slovak Tourism Agency.

They are also promoting themselves directly at international workshops and fairs.

Some hotels would also appreciate greater cooperation with the municipal office in promoting Bratislava as a congress city.

"We would welcome it if the city had a larger presence at international fairs or organized trips for foreign journalists," said Martincová.