The streets are alive - with opinion

WHETHER they like it or not, the summit is coming. And like others before them who have hosted politically significant events, from Washingtonians to Moscovites, Bratislavans are preparing themselves for the historic summit meeting between US President George W Bush and Russian President Vladmir Putin. 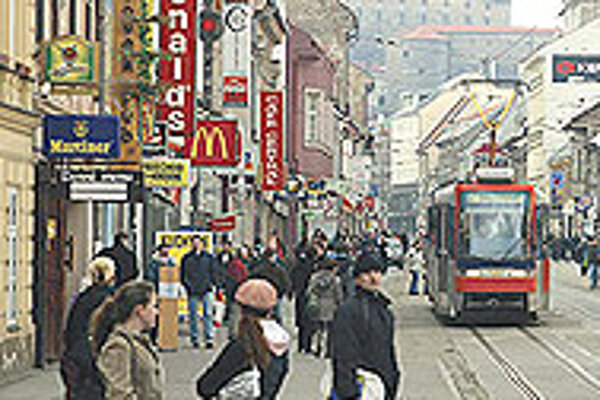 Font size:A-|A+0
WHETHER they like it or not, the summit is coming. And like others before them who have hosted politically significant events, from Washingtonians to Moscovites, Bratislavans are preparing themselves for the historic summit meeting between US President George W Bush and Russian President Vladmir Putin.

The word on Bratislava's streets is both positive and negative, according to a random survey taken by The Slovak Spectator. Mostly, people consider the Bush-Putin summit a chance to improve on Slovakia's image.

"At least no one will confuse us with Slovenia anymore," said Tomáš, 21, a soldier completing his compulsory service.

So important is Slovakia's image to Slovaks, in fact, that ten large local corporations formed a "host committee" team. The committee's aim is to introduce international journalists to Slovak culture and way of life through a variety of planned events. The estimated number of journalists coming from abroad is 2,200.

Other Bratislavans consider the summit issue a political one and see nothing interesting in it. A handful - distinctly in the minority - had no opinion or knew nothing about the upcoming event.

The Bratislava police force knows more than most about the summit. To keep the area safe during the February event, they are dipping into the Sk205 million (€5 million) set aside by the Slovak government for summit preparations to implement security measures.

Some 250 Bratislava policemen drilled in Pezinok proceedings will be on hand with water guns in case a demonstration erupts. Several thousand policemen and 400 servicemen will be on active duty. A chemical laboratory will be standing by as well, in case of a chemical attack.

Martina, 26, a graduate of the Economic University in Bratislava, is worried that Bratislava will attract a dangerous element during the summit. Mostly, however, Slovaks didn't dwell on the dangers.

For Slovak Prime Minister, Mikuláš Dzurinda, the summit is all he could have wished for his 50th birthday. "Mr Bush and Mr Putin's visits will take place in the same month as my 50th birthday. From this viewpoint, I need nothing more."

Andrej, 26, a psychology student, is not so ebullient as Dzurinda but believes that the summit "will bring positive improvements". He also sees the importance of sending a signal to the world that "Slovakia is an important place, where US and Russian presidents come to meet."

While Andrej admits to certain disadvantages of hosting such an event - "Bratislava will be like a fortress" - all in all he thinks the summit "is a good thing, as long as it doesn't happen every five minutes".

Of the wisdom of investing Sk205 million into summit preparations, Andrej says judgement is best withheld until after the summit.

Magdalena, 42, a former VŮB employee, believes that as a new member of the European Union "Slovakia can't afford to isolate itself from international politics."

Everybody has a different opinion of the summit, she says, "but I see it in a very positive light. I never liked [former Slovak Prime Minister Vladimír] Mečiar. Nobody wanted to do business with us."

Magdaléna holds a pragmatic view of the cost of the summit: "Some could argue that those 205 million crowns could have been better spent. We don't have to lie to ourselves - we all know that culture, education and healthcare are under-financed. But people don't realize that we have to communicate. Some might think we're flinging the money out the window. Unfortunately, this [the investment] is necessary."

Jana, 80, a pensioner, disagrees. "I don't agree with this [summit] at all. America should tidy up its own backyard. They call themselves a democratic state - I don't believe that's true. When you watch TV or listen to other radio stations you see that there are many who criticize America."

Zdeno, 58, a businessman, thinks the summit is a burden that Bratislava has to take on for the sake of Slovakia. He expects the summit will paint a picture of Slovakia to the world and teach foreigners who Slovaks are.

And the Sk205 million that the Slovak government is putting into summit preparations? "It is a necessary investment to make sure those two [Bush and Putin] survive the trip."

The summit, scheduled for February 24, is expected to take place at Bratislava Castle. However, because of security concerns, it is unlikely that summit organizers will confirm the location until the day of the event. Negotiations between Bush and Putin should last about four hours.