Accounting law coming up to speed

THE LAST amendment to the Slovak Accounting Act, effective since January 1, 2005, brought positive changes to the country's accounting laws and contributed to their increased credibility and transparency. 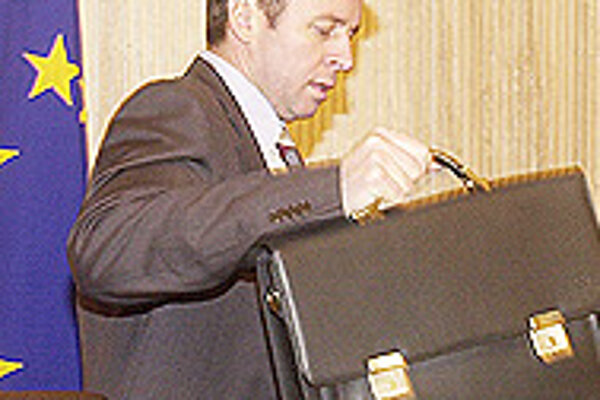 Font size:A-|A+0
THE LAST amendment to the Slovak Accounting Act, effective since January 1, 2005, brought positive changes to the country's accounting laws and contributed to their increased credibility and transparency.

According to some experts, IAS/IFRS represent the best standards in the accounting world. Therefore, any change in Slovak legislation in accordance with IAS/IFRS can be perceived as a progressive development.

The new accounting procedures that took effect January 1 also clarified certain definitions or introduced new ones. Below is a summary of the significant changes to the Accounting Act law.

It used to be that only Slovak corporations registered on a stock exchange were obliged to prepare financial statements in accordance with IAS/IFRS. All other companies had the option of using IAS/IFRS for internal reporting purposes; however, they primarily had to prepare their financial statements in accordance with Slovak accounting legislation, which is different from IAS/IFRS in certain aspects.

Since January 1, 2005, however, the range of companies required to adopt IAS/IFRS for financial reporting has been extended. All consolidated financial statements for periods starting on or after January 1, 2005, have to be prepared under IAS/IFRS. In addition, large corporations, banks, insurance companies, supplementary pension insurance companies, brokers, public companies registered on EU stock exchanges and other companies quoted in the amended Accounting Act will be obliged to prepare their financial statements according to IAS/IFRS for their reporting periods beginning on or after January 1, 2006.

Even though the number of companies affected by the amendment is still small (approximately 300 to 350) compared to the number of all entrepreneurs registered in Slovakia, these companies represent the largest Slovak corporations. Requiring higher quality financial statements and annual reports from these entities will contribute to a more transparent economic environment in Slovakia.

Effective from January 1, 2005, an entity willing to change its accounting period only has to inform a tax authority at least 15 days before the change. In spite of this simplification, the financial statements of an entity changing its financial year have to give a true and fair view of its financial situation, and the new accounting period has to last for at least 12 months before it can be changed again.

Valuation of assets and liabilities changes

Goodwill, capitalized incorporation expenses and capitalized development costs still have to be amortized over a period of up to five years.

Corrections of errors and changes in accounting methods

Before the amendment became effective, correction of errors, no matter how significant, had an impact on the current year's profit.

The effects of changes in accounting methods shall now be booked to retained earnings and not to extraordinary income, as it was previously.

Since January 1, 2003, finance leases were accounted for under Slovak regulations similarly as under IFRS/IAS: a lessee recorded the leased asset on his/her balance sheet. A finance lease was defined as a lease agreement with a purchase option at the end of the lease term, where the agreed purchase price must not exceed the tax value of the asset at the end of the lease using the straight-line depreciation method.

Currently, an induced investment is defined as the acquisition of an asset or service which the accounting entity will not use, but which it incurred according to special legislation or based on an agreement in connection with the acquisition of non-current assets. Examples of induced investments are construction of a road, parking lot or intersection, landscaping, renovation of a school etc.

Effective January 1, 2005, induced investments should be included in the acquisition cost of property, plant and equipment.