AT THIRTEEN, Boris Kvasnica had no idea what he wanted to be when he grew up. Art was a hobby, something at which he excelled, but with no other artists in the family, he did not give it serious consideration at first. 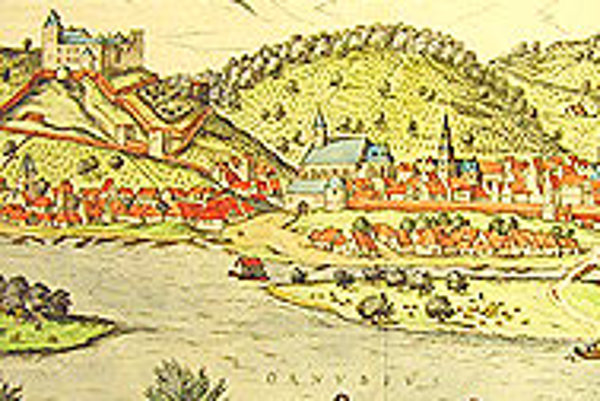 Font size:A-|A+0
AT THIRTEEN, Boris Kvasnica had no idea what he wanted to be when he grew up. Art was a hobby, something at which he excelled, but with no other artists in the family, he did not give it serious consideration at first.

Now a professor of art, he is passionate about two things - restoring paper and artist Katarína Vavrová, his wife and childhood sweetheart. "I met her when I was 13. She is my first love," he says smiling. But clearly paper and paper restoration run a close second.

Young Kvasnica enrolled in Bratislava's High School of Applied Art after a teacher recognized his abilities. He studied graphics and painting. The next step was not so simple, however.

"I was working for a children's magazine," he remembers. "I wanted to go to Bratislava's Academy of Fine Art and Design. But in the 1980s in Slovakia, the admissions process required a little more than just talent and good grades." Kvasnica was missing an important prerequisite: family members who belonged to the Communist Party.

He laughs a bit when he explains: "My father had already left the country and was living in Chicago." His mother, who now helps run his business, merely raises her eyebrows when asked if she might have been a Party member. Kvasnica applied twice before he was finally accepted to the Academy. "I don't know why they finally let me in," he says.

Since graduating, Kvasnica has attracted some attention for his skills. He has worked closely with the museum in Svätý Anton since 1989. In 1990, he began work in Karlstein castle in Regensburg, Germany, restoring the wallpaper, some of it leather, and later for the Anife water castle in Austria.

A few years later, he entered into partnership with Professor Klaus Stopp, a German collector of old prints and maps in Mainz. This relationship brought Kvasnica a source of items to study, but developed into more of an apprenticeship. "This man has been my second academy, my second father even," he says.

Kvasnica continued building relationships around the world, but a project that brought him significant renown appeared at home in Slovakia. In 1998, Kvasnica arranged for funding to restore an antique printed book about the (then) new continent of America. He spent two years restoring the work, a collection of travel essays describing the New World, which was published in 1590 and considered the first travel magazine.

He made his first journey to the United States in December 2001. He originally held tickets for September 16, 2001, but history interfered. As guests of the Conservation Centre at NYU's Institute of Fine Arts, Kvasnica and colleagues from Bratislava visited conservation labs in Boston, Washington DC, and New York.

Kvasnica has since, together with Dávid Čársky, cultivated strong ties with the Institute of Fine Arts at New York University.

In 2003, working with the Trust for Mutual Understanding, the Northeast Document Conservation Centre in Massachusetts, and the Photography Conservation Workshop at his Academy of Fine Arts and Design, Kvasnica co-authored The Statue of Liberty Project.

The aim of this project was the restoration and conservation of 11 albumen photographs, owned by the museum in Svätý Anton, which document the construction of the Statue of Liberty in 1885.

This past December, Kvasnica, now Professor of Paper Conservation at the very academy that at first refused him, opened Antiquariat Posoniensis, a gallery and shop specializing in antique maps and prints. Posoniensis is an old name for the autonomous county of the Kingdom of Hungary that is now Bratislava, Slovakia.

Kvasnica's gallery is the first of its kind in Slovakia. His team includes partner and co-owner Nikolaus Struck of Berlin and Katarína Spustová, his indispensable computer whiz and translator. Both Kvasnica and Struck believe the historical name is an important reminder of their country's history.

The current exhibit features astrological maps from the 1700s, and Spustová is a capable docent. Kvasnica restored the maps in the exhibition, she explains and points at the print's border, but the significance of that is unclear until she holds another of Kvasnica's restored prints up to the light. He interjects: "One of my students was in an antiquariat in New York City and called me to say that shop wants to buy some of these."

Kvasnica's talents have enabled him to inspire and mobilize others. He has created the Central European Institute of Art on Paper Conservation, and serves as the general director. Because there is a lack of talented photo restorers in Slovakia, the centre will offer introductory workshops on the preservation of photographs. Students may soon be able to earn a degree in the conservation of archival materials.

For a man who has seen history interfere with his goals, there is some poetic justice, or maybe just irony, in his efforts to preserve the past.

"The Czech Republic has more collectors and more shops like mine," he explains, "because they have always been on the map, so to speak. But here in Slovakia, we are finally back. Our history is back. It is ours again."