THE Stražan family puppet theatre entertained children in villages and cities across Slovakia for well over a hundred years. A collection of their puppets is housed in the Slovak National Museum, Martin, Central Slovakia. 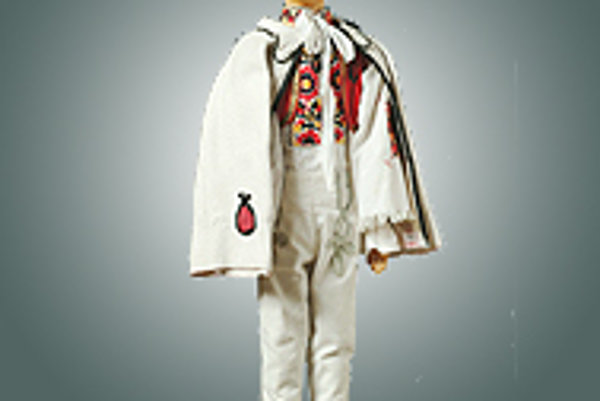 Font size:A-|A+0
THE Stražan family puppet theatre entertained children in villages and cities across Slovakia for well over a hundred years. A collection of their puppets is housed in the Slovak National Museum, Martin, Central Slovakia.

The oldest puppets are more than a metre tall and their mouths and eyes move. There were around 200 of them in the ensemble, of various kinds and sizes.

They were mended, remade and altered according to need. The ones that were beyond repair were sold.

By the end of the 19th century the Stražan family theatre was performing with puppets of up to 80 or 90 centimetres high. These puppets had moveable heads, arms and legs.

They were clothed in stylish traditional village and town costumes. However, unlike the older ones, their eyes and mouths did not move.

It is believed that the famous Slovak woodcarver, František Brezňanský, from Hodruša near Banská Štiavnica, made the puppets' heads based on photographs of Stražan family members.

The Martin museum acquired the collection of 21 puppets and five heads from this period in 1934, after Viliam and Anna Stražan died.

Viliam's father, Ján (1856-1939), is the most famous personality in the history of Slovak puppet theatre. His performances played an important role in the cultural evolution of the Slovak nation.

He was the first Slovak puppeteer to achieve great popularity. During a period of formative national identity, Ján Stražan had other aims than mere entertainment or money.

He performed mainly in villages and small towns, where he was popular with Slovak national revivalists. The first time he performed a show was in 1878 in Vysoká nad Kysucou, with wooden puppets he carved himself.

On Ján's death his son Viliam (1882-1934) continued in his father's footsteps, performing with his family.

The repertoire of the Stražan family was many and various. It first consisted of Czech plays written for puppet and regular theatres, as well as the texts of German-language authors.

Over time though, the Stražans reached a point where it was natural for them to bring Slovak characters to their theatre.

They began to compile a repertoire of works by Slovak playwrights.

These works, by the likes of Ján Palárik, Ferko Urbánek, and Božena Slančíková-Timrava, shaped the character of Slovak puppet theatre.

The Martin museum has no space for exhibiting the Stražan puppets permanently. The collection is available for hire. Currently it is not displayed anywhere but plans to appear in Modrý Kameň museum by the end of this year.