Abuse
The Great Outdoors
Published by: Deadred Records
Available at: most record stores or www.tamizdat.org 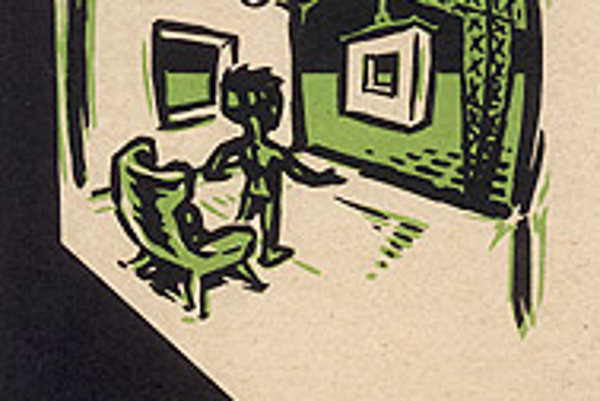 THIS anticipated album from one of Slovakia's best alternative bands bears on its cover a man standing mid-gesture in his apartment as a crane rips away the concrete panel of his exterior wall, revealing the outside world.

Much like this image, the surprise of The Great Outdoors is that, after their introspective EP Sleepfields, Abuse's debut LP is a leap into the open.

The first few reverb notes of the opening track, Riverphonic, are undeniably the Abuse we once knew, but just a moment later big Rhodes piano keys kick in along with a growing wave of fuzz that crests in great bass notes amid a clanking rhythm.

It is as if the rising sun sent its light flooding across the world, wiping away the night's shadows of doubt. A moment later a full, mellow breakbeat kicks in and a new day begins.

The group paints everything on this album in big strokes. It is more poppy than the EP, more polished, and more instrumental. The atmospheric undercurrent that was so strong on Sleepfields is still there, as are electronic distortions, samples, and sounds.

But added to this undercurrent is a surface busy with shuffling beats and outspoken bass, keyboard, and turntable scratching. Meanwhile, the once-lonely off-key trumpet and string samples return with a lustier squawk and greater dramatic flair.

The result is a special groove somewhere between hip-hop, downtempo, and electronica. But at times the band weighs in too heavily and Outdoors' richness is cluttered with too many sounds. It becomes outgoing to the point of superficiality.

One case in point is the spoken word by Tracy Miller on Given, which, while not without potential to enrich a band without a singer, is overly dramatic.

Many of the album's additions will not come as a surprise to those who have seen Abuse's impressive live shows in the past two and a half years.

Delightfully, the album includes enhanced material from a show at Prague's Akropolis. The nine live MP3s, originally intended to comprise an album of their own, are a mix of old, new and unreleased songs that reveal a rawer, leaner Abuse.

Taken with the rest of the album, they promise more good things to come.