We're on the map!

BRATISLAVA will gain unprecedented publicity by hosting the February 24 summit between Presidents Vladimir Putin and George Bush. For four days, it will also be the most protected city in the Central European region. 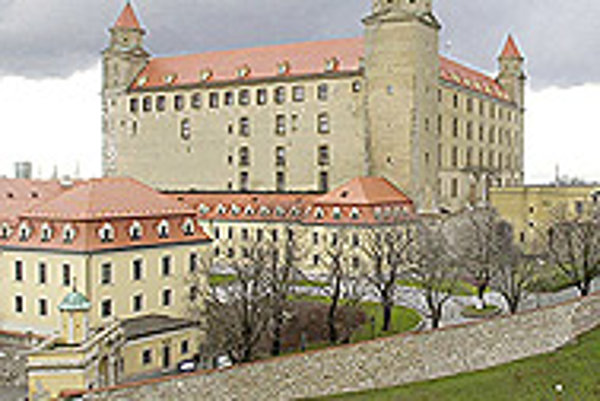 Font size:A-|A+0
BRATISLAVA will gain unprecedented publicity by hosting the February 24 summit between Presidents Vladimir Putin and George Bush. For four days, it will also be the most protected city in the Central European region.

The Slovak police and the country's intelligence service have been busy with special security measures, not least because US President Bush will make a public appearance.

Foreign Affairs Minister Eduard Kukan confirmed Wednesday, February 16, that Bush would "speak directly to the Slovak people" in Bratislava's historic district near the US Embassy on Hviezdoslavovo square on February 24.

The speech is a key feature of Bush's trip and all citizens will be allowed to attend, the minister said.

Government officials confirmed that the Russian-American summit would take place at the Bratislava castle February 24.

More than 5,000 police from different units will watch over the event, assisted by 400 fire-fighters. Under police command, 400 army members will also be deployed. Some 250 police will be on guard with water guns in case demonstrations erupt. A chemical laboratory will be standing by as well, in case of chemical attack.

The Interior Ministry's press department told The Slovak Spectator: "Since February 1, the police have intensified their control of people and vehicles at all the border crossings. The police are thoroughly checking all airports in Slovakia as well."

Simplified border checks, in which the police ensure that passport photographs match passport holders, are in place at Slovakia's exit points to other European Union countries. At these crossings, the police apply lighter checks only to Slovak citizens who travel regularly to work.

In the case of intensified checks, the police screen passports and conduct vehicle checks, the ministry's press department explained.

In cooperation with security forces from surrounding countries, the local police have been collecting data and information on people who might disturb the peace during the summit.

Slovak police are taking measures to prevent these individuals from entering the country, denying entry to those considered persona non-grata.

A list of persona non-grata is compiled from information supplied by neighbouring countries, which give the names of individuals repeatedly involved in disturbing the public order and violating the countries' laws.

The Slovak Intelligence Service (SIS) is cautious about revealing information on the persona non-grata.

However, SIS spokesman Vladimír Šimko told The Slovak Spectator that the police are monitoring the activities of all groups that could in any way threaten the "peaceful flow" of the summit.

"The SIS is in contact with all the intelligence services of all the NATO member countries and partner services that are willing to provide any information concerning the Bush-Putin summit," Šimko added.

However, no large demonstrations are being planned; only a few peaceful protests by local groups.

"We can't forbid any gatherings, we only register them," she said.

Portions of Hodžovo, Hviezdoslavovo and Slobody squares in Bratislava's Old Town are reserved for a movement called "aniPUTINaniBUSH" (neither Putin nor Bush).

According to the movement's chairman, Štefan Szilva, there will be a "small, symbolic and peaceful" protest.

Almost 60 percent of Slovak citizens feel that Bratislava's hosting of the Bush-Putin summit is a positive event, according to a poll conducted between February 2 and 8. However, 28.5 percent say that the meeting of the heads of state is negative for Slovakia.

By February 16, almost 800 journalists and reporters have been granted accreditation for the summit through the temporary press centre at the Incheba Exhibition Hall.

Slovakia's ruling coalition is more or less united in its attitudes.

The Christian Democratic Movement (KDH) says that the US selected Bratislava as the summit location in appreciation of the supportive role played by the Slovak Republic for democracy, and its ability to maintain good relations with both the United States and the Russian Federation.

"It shows that the Slovak governments that emerged after 1998 were able to repair the damaged credit of the Slovak Republic abroad," the KDH told The Slovak Spectator.

The Slovak Democratic and Christian Union (SDKÚ) and the New Citizens' Alliance (ANO) unambiguously share the stand taken by the KDH.

"The summit is the most important international happening on Slovak soil in Slovakia's modern history. It demonstrates the level of success that our country has achieved over the past couple of years, which is a result of Mikulas Dzurinda's leadership," SDKÚ Deputy Chairman Pavol Kubovič told The Slovak Spectator.

"The fact that we managed in just seven years to transform a country that had no chance to enter the EU and NATO into a full-fledged member of these organizations is why Slovakia is called 'the Central European tiger'," ANO Deputy Chairman Katarína Glončáková-Golev told The Slovak Spectator.

While the opposition Movement for a Democratic Slovakia (HZDS) appreciates the selection of Bratislava as a site for the summit, it does not like the interpretation that Bush's visit is an appreciation of Dzurinda's efforts only.

"Such a historical event will unambiguously strengthen Slovakia's international credit. However, understanding it as an appreciation of the politics of the current government would be quite narrow. Certainly, other factors played their role in the selection of the site: for example geographical location or security issues (as Slovakia is among the states that has the fewest problems with terrorism). And the positive relationship that Slovakia has with both the USA and the Russian Federation is also a factor," HZDS Spokesman Igor Žvach told The Slovak Spectator.

The only parliamentary opposition party openly opposing the summit is the Slovak Communist Party (KSS).

"Bush is everywhere welcomed by demonstrations. It is a result of aggressive politics of the United States that has done much bad and taken the life of hundreds thousands of people. Today no state can be certain that tomorrow they might not become a target of the American aggression," the Slovak Communist Party's Ladislav Jača told The Slovak Spectator.

Bitter about the Slovak coalition's unambiguous support for the Bush administration, the KSS official asked, "Can you give the representative of such a state a peace dove instead of a demonstration?"

"Selecting Slovakia for the Bush-Putin summit is rather accidental and is based on planned business trips of both superpower presidents to Europe at the same time. I would say that the presidents want to kill not two but three flies with one swipe," Jača added.

According to the Communists, the summit is the result of long-term bowing to American politics and its president by Slovak constitutional representatives, mainly by the prime minister, which, according to the KSS, "has no par in Slovakia's history."