Where does Slovakia stand?

TOP WORLD leaders are converging on Bratislava, training a spotlight on this small, Central European post-Communist country that gained NATO and EU membership just nine months ago, in May 2004. 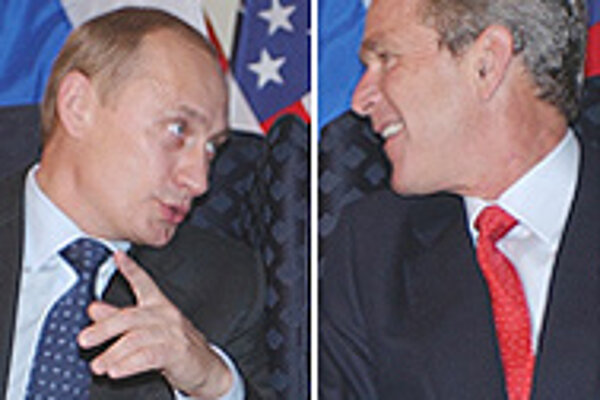 Font size:A-|A+0
TOP WORLD leaders are converging on Bratislava, training a spotlight on this small, Central European post-Communist country that gained NATO and EU membership just nine months ago, in May 2004.

Local and foreign analysts - as well as past and present government officials - see the choice of summit site as an expression of US gratitude for Slovakia's largely pro-US stance. When the superpower needed allies in the wings to support its unpopular decisions regarding Afghanistan and Iraq, Slovakia was right there.

The Slovak government, led by Prime Minister Mikuláš Dzurinda, has proven itself a staunch friend. Indeed, it supported the US-led coalition in freeing Iraq and helping in the subsequent democratization of Iraq. Today, Slovak military engineers, based in Kuwait, are helping keep the peace in Iraq, while specialists are helping clear landmines.

"President Bush's visit recognizes Slovakia as a strong friend and partner of the United States in the effort to promote stability and democracy in troubled areas of Europe and the Middle East," former US Ambassador to Slovakia Theodore Russell told The Slovak Spectator.

Further acknowledging Slovakia's commitment to democratic values, Russell said, "Slovakia, like some other US allies in the region, has done a superb job in advancing freedom and promoting peace and democracy through its effective peacekeeping and humanitarian missions in the Golan Heights, Cyprus, Kosovo, Afghanistan, Iraq, Bosnia and other troubled areas of Europe and the Middle East."

According to Ivo Samson, a senior researcher with the Slovak Foreign Policy Association, there are three reasons the US asked Slovakia to host the summit.

"Second, the US wanted to show a sign of appreciation toward Slovak efforts in its economic reforms.

"Third, the support Slovakia has expressed for US policy in the greater Middle East, especially in Iraq, seems to have made an impact on the US," said Samson.

The analyst counted the Slovak support over Iraq as predominant among the reasons the US selected Slovakia as the summit site. "The personal initiative taken by PM Dzurinda in 2003 bore fruit, namely, he signed the letter of eight NATO countries in support of a US-led invasion in Iraq and took part in the crucial initiative that resulted in a supportive statement from the Vilnius Ten."

Samson said Slovakia's successful management of the NATO Parliamentary Assembly meeting in Bratislava last confirmed that the country could deal with the security issues that a potential Russian-American summit meeting would pose. In the interest of furthering discussion, The Slovak Spectator brings readers a summary of Slovakia's stances in select cases.

Slovakia has stood by the US throughout the Iraqi conflict. Only a portion of the Slovak parliamentary opposition protested Slovakia's humanitarian involvement in Iraq. The only ruling party that raised its hands against the deployment of Slovak troops close to Iraqi borders during the war was the Christian Democratic Movement (KDH).

The KDH has a record of voting against Slovakia's involvement in similar operations, refusing to join the remaining three coalition parties in unilaterally backing the US in international conflicts.

Only lukewarm protests against the war in Iraq were held in Slovakia. The local left-leaning contingents, civil society organizations and even the predictable anti-US groups were either too weak or unwilling to organize any massive protest. This is not to say that Slovakia lacks US critics; rather, the lack of demonstrations is due to a combination of public disinterest and absorption in their own economic hardships, the subsequent lack of public discourse and what many see as a weak tradition of protests in general.

The right-wing cabinet, led by Prime Minister Mikuláš Dzurinda, offered assistance to the US in Iraq from the start. The Slovak government allowed flyovers and landings by US and multinational coalition aircraft in the event of an armed conflict in Iraq as early as January 29, 2004. It later allowed US military convoys heading to Iraq to use Slovak roads and railways.

Only two government members, both from the KDH, opposed this action. As a whole, however, Slovakia supported the allied action against Saddam Hussein and has continued to ever since. In a February 25 phone call, Bush told PM Dzurinda that the "US would never forget Slovakia's attitude."

Left-wing opposition parties, mainly the Slovak Communist Party (KSS), have demanded that the Slovak government withdraw Slovak troops from Iraq. On the occasion of Bush's reelection to the presidential post, the KSS officials described the US president as a "warmonger" that would "bring war and needless aggression to the world".

The KSS is the only parliamentary party with such extreme views against the Bush administration. However, opposition Smer party, which leads the public opinion polls, is also critical of the cabinet's pro-US attitude.

Sharing an eastern border with Ukraine, Slovakia has shown great interest in the political development of its neighbour in the recent months. Slovak authorities applauded Viktor Yushchenko's victory in the twice-repeated presidential election in Ukraine at the end of 2004.

"The Ukrainian people are devoted to democratic values. They have demonstrated their readiness to choose their own destiny through endurance and non-violent protest," the Slovak Foreign Ministry stated at that time.

Now, Slovak officials are pledging to help Ukraine, which has shown a desire to become part of the EU.

In a recent interview with The Slovak Spectator, PM Mikuláš Dzurinda said that Slovakia would continue to focus on helping Ukraine and the Balkans.

"Today we are going to pay even closer attention to Ukraine than yesterday. When I called President Yushchenko to congratulate him on his election victory before Christmas, we agreed Slovakia would offer Ukraine all of its experiences gained from reform."

A calm, democratic and economically stable Ukraine is important to Slovakia. The two states share a 90-kilometre-long border, and Slovakia has its hands full with migrants passing through Ukraine into Slovakia to reach Central Europe or move farther west.