THEODORE E Russell, ex-US ambassador to Slovakia, says that when he took up his post in Bratislava in late 1993, many Slovak political, business and academic leaders told him that the biggest hurdle the country had to overcome was an unwillingness to take responsibility - a hangover from the Communist era. 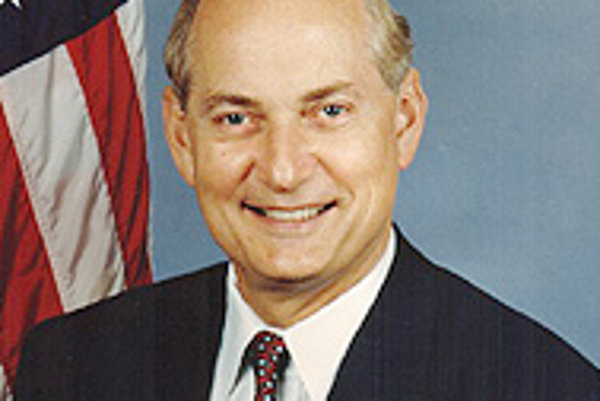 Font size:A-|A+0
THEODORE E Russell, ex-US ambassador to Slovakia, says that when he took up his post in Bratislava in late 1993, many Slovak political, business and academic leaders told him that the biggest hurdle the country had to overcome was an unwillingness to take responsibility - a hangover from the Communist era.

Russell's tenure as ambassador in Bratislava was not without drama. On October 27, 1995, he handed over a demarche from the US government to Slovakia expressing concern that the practices of the Vladimír Mečiar government were at odds with democratic principles.

In March 1996 Russell delivered a lecture at an event organized by the Slovak Foreign Policy Association warning that authoritarian political culture seemed to be surviving.

Ex-Ambassador Russell now says that both the people and country have changed. Slovaks now possess an entrepreneurial spirit and the country is now a stable democracy and attractive investment destination.

In an interview with The Slovak Spectator, Russell shares his thoughts on the Bush-Putin summit and other issues.

Theodore Russell (TR): A meeting of the presidents of the United States and Russia is always a significant occasion. I hope this meeting will produce useful results, since a cooperative US relationship with Russia is important in the fight against terrorism and for the resolution of many international problems.

What strikes me is that the meeting is being held in Slovakia in the context of the first visit to Slovakia by an American president. I know US ambassadors have worked very hard for just such a visit as recognition of an excellent US-Slovak relationship.

TSS: What concrete benefits could such a summit bring to Slovakia apart from the formal status of being the host country? The Slovak people are hoping that Bush will relax visa regulations for Slovaks as recognition of their partnership in the Coalition of the Willing in Iraq. Should a host country like Slovakia expect anything special from Bush?

TR: President Bush's visit recognizes Slovakia as a strong friend and partner of the United States in the effort to promote stability and democracy in troubled areas of Europe and the Middle East. It would be a mistake if Slovakia portrays itself as simply the venue for a US-Russian meeting.

The world's press will be in attendance. The US president's meeting with Slovakia's president and prime minister and important events not involving the Bush-Putin meeting will be covered. They will showcase Slovakia as a stable democracy and attractive investment destination.

I don't know what concrete benefits President Bush's visit will bring regarding the visa liberalization issue.

However, in connection with the recent visit by Polish President Kwasniewski to Washington, a "roadmap" aimed at helping Poland qualify for the US Visa Waiver programme was announced and it was made clear that the US would be willing to work individually with other new EU members in Central Europe, like Slovakia, towards the same goal of qualifying for this programme.

Friends of Slovakia, a Washington-based NGO with which I'm associated, and the American Friends of the Czech Republic, in cooperation with the Center for Strategic & International Studies, recently co-sponsored a roundtable on Capitol Hill on visa issues in Central Europe (see related story, p 6).

The roundtable was designed to provide additional information to US policy makers and stimulate progress on this important topic.

TSS: How important is Slovakia to US Central and Eastern European foreign policy?

TR: Slovakia's entry into NATO in 2004 was strongly supported by the US because Slovakia had proved its democratic credentials and was recognized as an important ally in the effort to expand the rule of law and democracy in Central and Eastern Europe.

For example, the Slovak government and Slovak non-governmental organizations played a very positive role in the joint US-European efforts to support the advance of civil society in Ukraine.

Slovakia, like some other US allies in the region, has done a superb job in advancing freedom and promoting peace and democracy through its effective peacekeeping and humanitarian missions in the Golan Heights, Cyprus, Kosovo, Afghanistan, Iraq, Bosnia and other troubled areas of Europe and the Middle East.

TSS: How do you recall the time when you served in Slovakia? What in your opinion are the greatest changes the country has been through?

TR: My wife and I have happy memories of our time in Slovakia. The US Embassy had a small but dedicated staff. We all worked hard seeking to improve US-Slovak relations while at the same time advancing the US policy of helping Slovakia move, as fast as its government wished, towards a stable, prosperous democracy which respected the rights of all its citizens.

I worked in hope of seeing Slovakia qualify for OECD, NATO and EU membership and full membership in the community of western democracies. I was delighted when these US and Slovak foreign policy goals were achieved.

When I first arrived in 1993, many Slovak political, business and academic leaders told me that the biggest problem was the unwillingness of people to take responsibility - a hangover from Communist times. The greatest change I see now is that Slovaks, particularly the younger generation, have made up for lost time and seem filled with entrepreneurial spirit and great hopes for the future. Slovaks overcame the huge challenges of transition from Communism and establishing an independent state with the spirit and courage for which they have always been noted.

TSS: The World Bank praises Slovakia for its 19-percent flat tax. Could the Slovak tax system be a model for the US?

TR: From what I have heard, the flat tax is working well in Slovakia. Many international firms have been attracted to invest directly in Slovakia by its very welcoming economic policies, including the flat tax.

The flat tax is often talked about in the US and a panel of experts is now looking at how we can reform our overall tax policies. However, I think it is unlikely that we will have a flat tax anytime soon because it is still very controversial in the US Congress.