ALTHOUGH the initial announcement of Presidents George Bush and Vladimir Putin's meeting in Bratislava on February 24 was greeted with a certain amount of scepticism - Why Slovakia? How much will it cost? Can we handle it? - the summit has already posted its first record. 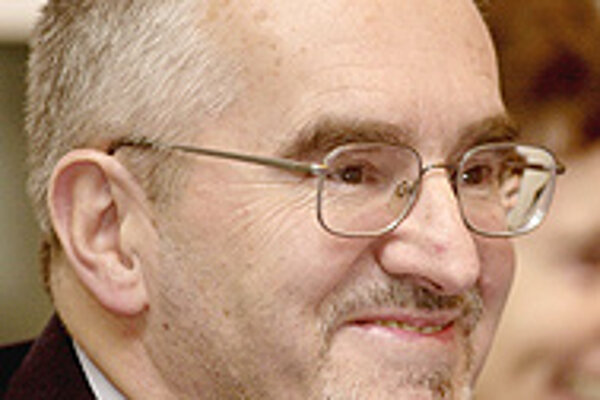 Font size:A-|A+0
ALTHOUGH the initial announcement of Presidents George Bush and Vladimir Putin's meeting in Bratislava on February 24 was greeted with a certain amount of scepticism - Why Slovakia? How much will it cost? Can we handle it? - the summit has already posted its first record.

According to the Focus agency, 94 percent of Slovak inhabitants knew about the summit. I don't think any foreign visit to Slovakia has enjoyed such a high level of public awareness. Almost 60 percent perceive the meeting rather positively and 30 percent are rather negative about it.

That does not mean that people in Slovakia have no reservations towards the policies of the US or Russian presidents. We have already read quite a lot of objections to the US-led operation in Iraq, and as the summit gets closer criticism of Putin is coming to the foreground.

Several Slovak civil activists would like to see President Bush publicly remind his Russian counterpart of some serious transgressions of democracy.

These relate, on the domestic front, to limitations put on independent organizations and civil rights initiatives, interventions against the freedom of the media, and undemocratic changes in the election of governors.

On the foreign relations front, criticism has been levelled at Russia's attempts to influence developments in Ukraine, Georgia and Moldova, and for its support of autocratic regimes in Belarus and Turkmenistan.

Everyone understands that Russia is an important partner in the fight against terrorism, in the non-proliferation of nuclear weapons and in solving other global issues - but that does not mean that it is possible for Slovaks to stay quiet on the decline of democracy in Russia.

President Bush too has his critics in Slovakia. But the organizers of the visit managed to achieve one thing - the US president will not be confined to meetings behind closed doors. He will also hold a public speech in the centre of Bratislava.

Although the Slovak capital will be adequately guarded, it will not become an inaccessible fortress. In politics and in diplomacy close contacts are irreplaceable. US public diplomacy and Bush's team made a step in the right direction - if the US president wants to convince people of his vision of the world and his readiness for greater cooperation with European democratic states, there is no better place to do this than Slovakia.

During her recent European tour, Bush's Secretary of State, Condoleeza Rice, tried to convince Europeans of America's good intentions when she told an audience of students, intellectuals and politicians in Paris: "America has everything to gain from having a stronger Europe as a partner in building a safer and even a better world," said Rice in the famous "Sciences Po", as the French call their Institut d'Études Politiques, the leading French school for international relations. "So let each of us bring to the table ideas, experience and resources, and let us discuss and decide, together, how best to employ them for democratic change," Rice told her audience.

George W Bush is probably preparing a speech aimed at a broad audience of Central, Southern, and Eastern European states, as well as other territories where there have been and is, an ongoing fight for democracy and better lives.

The current US president knows rather well those parts of the US where the descendants of Slovaks live. Slovaks have been leaving for Pennsylvania, Ohio, New Jersey and Illinois generation after generation throughout the 19th and 20th centuries. The ancestors of the president's friend, the former Pennsylvania governor and later the Minister of Home Security, Tom Ridge, came from nearby Bratislava. It is noteworthy that according to a survey of the collective identities in Slovakia carried out by the Sociological and Ethnology Institutes of the Slovak Academy of Sciences in 2003, almost 60 percent of Slovaks feel certain ties to Slovaks living in the US.

To be honest, a visit of the head of the United States, where hundreds of thousands of our ancestors emigrated, should have already taken place a long time ago.

There is no doubt that presidents such as Franklin Delano Roosevelt or John Fitzgerald Kennedy would have been welcome here. For well-known reasons this never happened. Incidentally, it was Kennedy who paid a moving tribute to those who helped build America:

"Untrained in special skills and unfamiliar with the language, they had to rely on unskilled labor jobs to earn a living. As bricklayers, masons, stonecutters, ditch diggers and hod carriers, they helped build our cities, subways and skyscrapers. They worked on the railroads and the dams, went into the coalmines, iron mines and factories.... Every ethnic minority, in seeking its own freedom, helped strengthen the fabric of liberty in American life. Similarly, every aspect of the American economy has profited from the contributions of immigrants. The continuous immigration of the nineteenth and twentieth centuries was thus central for the whole American faith. It reminded every American, old and new, that change is the essence of life, and that American society is a process, not a conclusion."

Regardless of our possible reservations about individual US presidents, probably every one of them, including George W Bush, would approve of Kennedy's words that relate to Slovaks and other Central and Eastern European who often left their homelands with heavy hearts.

"Why they came here and what they did after they arrived make up the story of America. They came for a variety of reasons from every quarter of the world, representing almost every race, almost every religion and almost every creed. Through their ingenuity, their industry and their imagination, they were able to create out of a wilderness a thriving and prosperous nation - and, through their dedication to liberty and freedom, they helped to build a government reflecting man's most cherished ideals," Kennedy wrote.

Let me conclude on a personal note. The American president speaking at Hviezdoslavovo square will have before his eyes the house of the first US Consulate, now the US Embassy, in Bratislava. Our family lived just on the opposite side of the square. The young diplomat Claiborne Pell, later a well-known senator and chair of the Foreign Relations Committee, opened the building after World War II.

I was too young to attend the opening ceremony, but I was old enough to see the US Consulate closed, which occurred soon after the Communists seized power in 1948. For 40 years, this was a sad reminder of the cold war: a dark building in the very heart of the city, without any sign, any inscription, any hint to its origin or ownership. It was a great satisfaction to see it re-opened after the Velvet Revolution and to watch as Old Glory was proudly raised on this wonderful house again.

In other words, relations between the Slovak Republic and the USA and the relationship between Slovaks and Americans, have several dimensions other than just those between their governments and contemporary politicians. But if a politician who was elected to the White House confirms these relations, there is a certain symbolism to it. And that is not a bad news for Slovakia.

Martin Bútora is a sociologist, and served as Slovakia's ambassador to Washington between 1999 and 2003