All in the family

"FOR THE PAST 15 years," says Russian Federation Charge d'Affaires Yurij Lvovic Cingovatov, "we have succeeded in avoiding any sharp decline or coolness in Russian-Slovak relations." Connected by mutual fondness, traditional friendly ties and longstanding cooperation, Russia and Slovakia are a little like family. 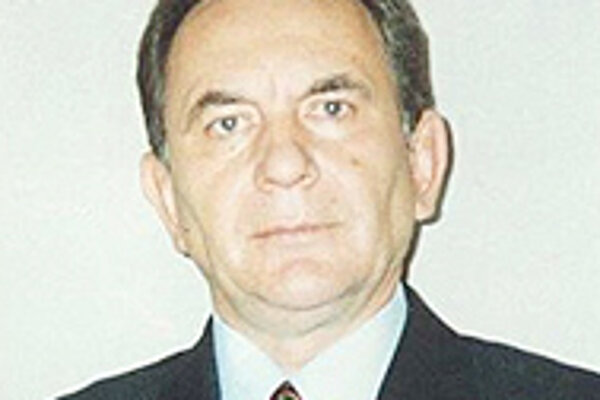 Font size:A-|A+0
"FOR THE PAST 15 years," says Russian Federation Charge d'Affaires Yurij Lvovic Cingovatov, "we have succeeded in avoiding any sharp decline or coolness in Russian-Slovak relations." Connected by mutual fondness, traditional friendly ties and longstanding cooperation, Russia and Slovakia are a little like family.

On the eve of the historical summit between Presidents Vladimir Putin and George Bush on February 24, Charge d'Affaires Cingovatov talked with The Slovak Spectator about what the event means to Russia. He talks about Putin's post-summit plans in Bratislava, including a visit to Slavín hill. And though the Slovak media is not making as much noise around Russia's visit as that of the US delegation, the visit by Russian Federation President Putin is significant to Slovakia as well.

The Slovak Spectator (TSS): Why a Bush-Putin meeting now? And why in Slovakia?

Yurij Lvovic Cingovatov (YLC): Regular meetings of the presidents of the Russian Federation and the USA have become an important element of world policy. They allow the leaders of the two great powers to exchange opinions on a wide range of bilateral and international issues. They help in joint efforts to find effective ways to resolve actual problems and counteract new challenges, which mankind faces, including such an acute issue as fighting against terrorism.

We are convinced that the results of the summit would have a positive response, not only for the member-countries of this top-level meeting but also for a whole world.

As for the choice of Bratislava as a venue for the summit, it seems in our opinion to be optimal. The capital of Slovakia is situated in the very heart of Europe and the interests of many countries and nations meet here.

We appreciate the fact that the Slovak and Russian people are connected by mutual fondness, traditional friendly ties and cooperation. We also state with satisfaction that economic cooperation between our countries is developing successfully and trade is growing.

In connection to this I would like to mention that according to preliminary figures, the volume of bilateral trade in 2004 amounted to $3,003 billion. That is significantly higher than that in the previous year.

I would like also to note that for the past 15 years we have succeeded in avoiding any sharp decline or coolness in Russian-Slovak relations. No doubt this fact helped influence the choice of summit venue.

TSS: What benefits can Slovakia expect from the summit aside from the honour of playing host? Will the event have any significant impact on Russian-Slovak relations?

YLC: Attracting the attention of the world to Slovakia as the site of the forthcoming summit creates favourable preconditions not only for the increase of its political weight in the world arena, but also for the demonstration of its trade and economic potentials, which will promote business activity in the country and help attract foreign investments.

TSS: How important is Slovakia to Russia in its Central European policies?

YLC: Slovakia is a crossroads of European trade and economic activities; this position makes Slovakia an important partner of the Russian Federation in its trade with Central and Western Europe, especially in the transportation of raw Russian energy products. Our countries are interested in further developing this mutually beneficial cooperation.

TSS: What are the issues that President Putin plans to discuss with Slovak officials?

YLC: I would like to stress that the Russian-American summit in Slovakia will be followed by an official visit by President Putin to the Slovak Republic. We expect the main subject of these talks to be the whole complex of bilateral relations in political, economic and humanitarian spheres, as well as topical issues of world policy.

We are convinced that forthcoming contacts will provide a powerful impulse to a further deepening and development of bilateral relations, which are not burdened with any significantly unresolved issue.

An important part of the visit will be the forthcoming celebration of the 60th anniversary of the victory over fascism and the end of the Second World War.

The programme of the visit (between Putin and Slovak diplomats) also provides participation of the President of the Russian Federation at the solemn commemorative ceremony to be held at the war memorial on Slavín hill. We also intend to pay tribute to all those 70 thousand Russian and Soviet soldiers who fought against Nazism hand-in-hand with other nations and fell into war for the liberation of the country.