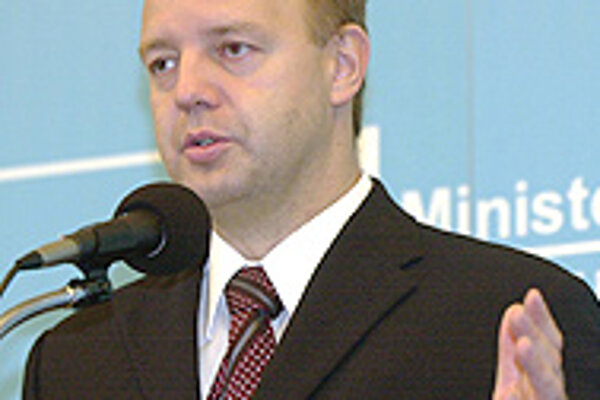 The transaction, which is one of the last big privatization deals in Slovakia, was approved by the cabinet on February 16 and signed a day later by representatives of the investor and both Slovakia and Italy.

"After two-and-a-half years of seeking a strategic investor able to secure sufficient production capacities; and after making a major investment plan for the renewal of power stations, the privatization process was wrapped up," Economy Minister Pavol Rusko told the SITA news agency.

The privatization process certainly had its hurdles. In late October 2004, Rusko was still concerned that the deal would not be completed since Enel appeared inflexible in initial talks.

In mid-January, Enel finally agreed to the wording of the contract. The Economy Minister called the deal "advantageous for Slovakia".

After signing the documents and formalizing the sale, Enel is expected to transfer 30 percent of the purchase price, or €252 million, to Slovakia's state coffers. The remaining €588 million will be paid after all contract conditions are met.

The time between signing the documents and actual payment, however, can stretch as long as six months.

There are 16 conditions that the investor as well as the Slovak state must meet. Among the most important is the decommissioning of the A1 and V1 nuclear plants in Jaslovske Bohunice, a task that is expected to go to Slovak waste management company, VYZ.

Also included in the pre-conditions of the sale is an operational transfer of the Gabčíkovo hydroelectric facility to the state-run concern Vodohospodárska výstavba.

Although the cabinet gave its approval, it still kept a condition that it would only sell the shares after reviewing Enel's investment plans for Slovenské elektrárne.

"The transaction documents clearly state that Enel must submit a short-term investment plan by June 30. One of the conditions is that that Enel must come up with a plan on how to reconstruct the first two blocks of the thermal power plants in Nováky (Trnava region) and Vojany (Košice region), and how to preserve Slovakia's self-sufficiency in energy production," Economy Ministry Spokesman Maroš Havran told The Slovak Spectator.

The issue of energy self-sufficiency is becoming urgent for Slovakia. As part of its EU accession agreements, the country is obliged to close down one of the two blocks of the Jaslovské Bohunice V1 plant in 2006, and the second V1 block in 2008. The V2 plant will continue operating. The A1 block broke in 1977 and has not functioned since.

After submitting its short-term investment plans, Enel is expected to submit general investment plans by the end of the year. This must include a five-year timetable of how the power shortfall would be made up. The management of Slovenské elektrárne claims that it might digest Sk1 billion (€30 million) in costs.

However, Rusko is confident that Enel will be able to secure enough energy production capacities for Slovakia to maintain self-sufficiency.

Minister Rusko originally had the idea that Slovenské elektrárne would be sold to an investor that would complete the two unfinished blocks of nuclear power plant in Mochovce - an idea that evoked debate in business, environmental, and diplomatic circles.

However, the completion of Mochovce is not included in the transaction documents.

Leader of the opposition party Smer, Robert Fico objected that the transaction documents do not guarantee the completion of the third and fourth units of Mochovce nuclear power plant. Fico has been a strong opponent of the Slovenské elektrárne privatization deal.

"The completion of Mochovce is not included in the transaction documents," the Economy Ministry spokesman confirmed for The Slovak Spectator.

However, he explained that the ministry clearly specified its claim that the eventual investor should consider the completion of Mochovce.

"Recently, the Italian partner has declared an interest in the completion of Mochovce. Currently they are conducting a study to see whether the completion is advantageous and if not, in what way Slovakia could replace the capacities it will be losing," Havran told The Slovak Spectator.

Smer still insisted that a parliamentary committee be formed to investigate the privatization of Slovenské elektrárne. The Economy Ministry rejects the idea.

"The process is legally guaranteed by lawyers from the ministry, the National Property Fund (FNM) privatization agency and PricewaterhouseCoopers privatization advisor," said Havran.

Havran refuted Fico's suggestion that Rusko was misleading the public by saying that Enel had pledged to complete Mochovce.

Just recently, a Vienna district court ruled that the Mochovce nuclear power plant presents a threat to the health and lives of Austrians.

The court decided on a complaint brought before it by deputy chairwoman of the Austrian Green Party, Eva Glawischnig. Austria is a strong opponent of the Mochovce completion plans.

Slovakia's representative to the European Community's courts, Radoslav Procházka, said that the Austrian verdict is not legally executable in Slovakia.

Meanwhile, Minister Rusko has ambitions to revise the country's energy strategy, established in 1999.

Though the previous strategy is not old, the ministry claims that new developments on world markets require the preparation of an update.

Behind the drive for a new 10-year strategy is the desire to prevent Slovakia's dependence on imported energy.

The solution, according to the Economy Ministry, is to invest Sk70 to 75 billion (€1.7 to 1.8 billion) in the Slovak energy sector.