THE FIRST time renowned Hungarian, Czech, Polish and Slovak mouth harpists got together on stage was in Bratislava in the sweltering summer of 2002. The international concert received a great response from the public and positive media coverage. 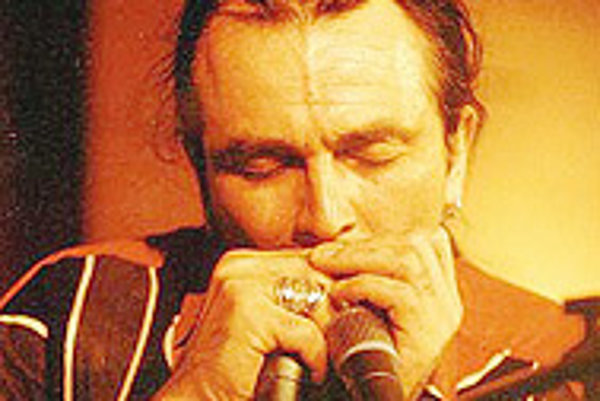 THE FIRST time renowned Hungarian, Czech, Polish and Slovak mouth harpists got together on stage was in Bratislava in the sweltering summer of 2002. The international concert received a great response from the public and positive media coverage.

Realizing what an opportunity they had to link different musical approaches, the players decided to play on. The Visegrad 4 Harps, as the project became known, toured Hungary and Poland. Now they are back in Slovakia for two concerts before moving on to the Czech capital, Prague.

"The aim of the project is not just to offer an interesting musical experience for audiences. It's a good opportunity for the players to find mutual inspiration," said Branislav Tedla from Blue Time Production, the event's organizer.

The four musicians meeting on one stage are Erich "Boboš" Procházka from Slovakia, Tomek Kaminski from Poland, Andor Oláh from Hungary, and Charlie Slavík from the Czech Republic. Their repertoire will revolve mainly around blues, integrating rock, funk and jazz.

Starting as a guitar player, Kaminski's unique harmonica style is featured on many albums, including a solo record by Chicago bluesman Sean McMahon.

Oláh plays the traditional acoustic blues that originated in the Mississippi Delta. He is the founder of the Hungarian band Dr Walter & the Lawbrakers and regularly accompanies European and American blues stars such as Big Daddy Willson.

Czech harpist Slavík is a frequent guest on bands' recordings in various genres, ranging from American country to all kinds of blues.

Rounding off the quartet is Slovak player "Boboš" Procházka, the original brain behind the Visegrad 4 Harps project. The sought-after virtuoso will join his band, The Frozen Dozen, on stage, which allows him to slip in some of his own songs. Slovak keyboardist Oskar Rózsa will also appear as a guest.

For Boboš, who has carried around the idea of performing with other harp players since 1982, the Visegrad 4 Harps concerts have been a great inspiration. "It's an essential experience to play with colleagues from three other countries, especially when each one is a master of the instrument," he said.

Event organizer Tedla explains that the idea of the Visegrad 4 Harps began to ripen into a working project only recently. "Before it was simply concerts. With the upcoming Bratislava concert on February 25 we plan to give it a more representative form."

What he has in mind is the creation of the website, www.v4h.bobos.sk, for cultural organizers interested in inviting the Visegrad 4 Harps to perform.

The site will contain up-to-date information about the project, including photos, reviews and recordings - the first being a video recording with audio of the Bratislava concert.

"It would be ideal if the same four harmonica players could perform all the time. However, as they work on other projects, the line-up might change. The number of musicians might increase as well, with guests. But the core will always be four leading harmonica players from each of the V4 countries," Tedla explains.

Tedla even suggests the possibility of a large orchestra joining the four mouth harpists in performance.