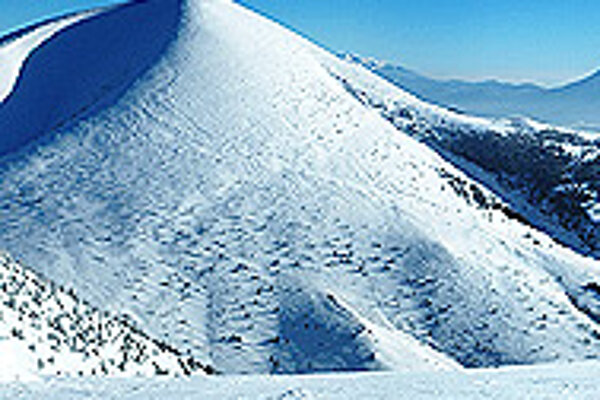 Often referred to as the "rooftop" of Central Europe, Slovakia is emerging as one of Europe's new winter playgrounds. Eighty percent of the country is above 750 metres in altitude, and because of its location, snow holds at much lower elevations than in the Alps.

Currently, 101 ski centres can be found in Slovakia. Most are small village slopes, but three rank as world class destinations: Jasná in the Low Tatra Mountains, Park Snow in the High Tatras, and Veľká Rača, near Žilina. n the past several years, these resorts have received millions of euros in modernizations, including new lifts, and snowmaking equipment.

With record snowfalls, now is the time to go skiing in Slovakia. Even small and medium-sized resorts have perfect snow, which means people spread out and lines are short. President Putin, a renowned skier, may wish to make some tracks after the summit. Once temperatures warm up in the spring, his colleague, President Bush, might enjoy Slovakia's world-class mountain biking.