Slovakia built a nation from scratch

BRUCE Jackson gives frank and, on occasion, brutal assessments of what remains to be done to support post-1989 democracies. As president of Project on Transitional Democracies, a non-governmental organization in the US, he is a pre-eminent voice in Central and Eastern European affairs. 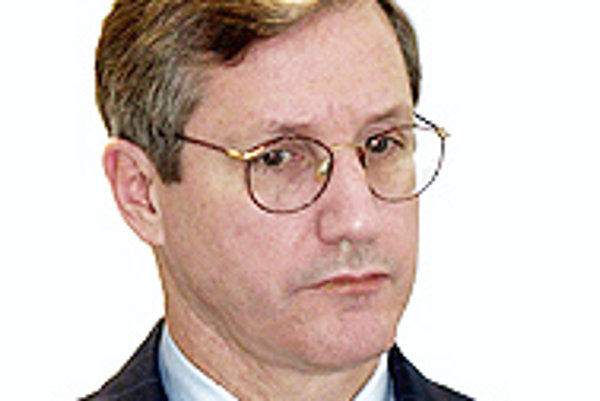 Font size:A-|A+0
BRUCE Jackson gives frank and, on occasion, brutal assessments of what remains to be done to support post-1989 democracies. As president of Project on Transitional Democracies, a non-governmental organization in the US, he is a pre-eminent voice in Central and Eastern European affairs.

A champion of democratic principles and a harsh critic of autocracy, Jackson frequently bends the ears of key decision-makers in Washington and Brussels. On the eve of the Bush-Putin summit in Bratislava, he pulled no punches in his testimony before the US Senate Committee on Foreign Relations on February 17 regarding democracy in Russia:

"To put it bluntly, the growing view in Putin's inner circle is that in order to regain the status of a world power in the 21st century, Russia must be undemocratic at home (in order to consolidate the power of the state) and it must be anti-democratic in its near abroad (in order to block the entry of perceived political competitors, such as the EU or NATO, invited into post-Soviet space by new democracies)."

The Slovak Spectator (TSS): You were a harsh critic of the Vladimír Mečiar regime when its policies veered from democratic principles. What do you think of the recent warming between Prime Minister Mikuláš Dzurinda's party, ruling Slovak Democratic and Christian Union (SDKÚ), and Mečiar's Movement for a Democratic Slovakia (HZDS) party?

Bruce P Jackson (BJ): The goal of transitional democracies is the defeat of these figures from the past that harbour a 19th-century kind of politics: primitive nationalism, misleading populism and a penchant for criminal conduct.

That was basically personified in the person of Mečiar. That does not mean, however, that constituencies that fell under Mečiar's sway should remain in some sort of purgatory.

Look at what happened in the transformation of Polish politics - they reached out to the anti-Semitic community, for example. When building a centre-left and centre-right party, you expect these fusions to occur. I would basically characterize [the warming between the SDKÚ and the HZDS] as a normal maturation process that we're seeing in almost every country.

TSS: German Chancellor Gerhard Schroeder recently remarked that NATO's power was decreasing. Can you comment on this? What do you think NATO's role is going forward?

BJ: Chancellor Schroeder's suggestion that NATO isn't relevant in transatlantic dialogues is universally condemned. Everybody has rejected this, and the chancellor is back-pedalling, saying he didn't mean that. I think that if you look at the two institutions that have been most transformed and are therefore the most modern in the post-war period, it would have to be NATO and the European Union. NATO and the EU have undergone the most changes compared to, say, the World Bank or the OSCE (which is why those institutions are not functioning as well as they should by the way). Obviously NATO is in Afghanistan, NATO wrote the book on the Balkans. The Balkans would not be peaceful today if it weren't for NATO. Almost every NATO ally is engaged in supporting the new Iraqi government post-election. We have just finished a paper on Israel seeking a closer role with NATO and the EU in the context of the Palestinian-Israeli peace. The NATO dialogue is at the centre of world politics. We can't have a discussion on anything without saying, 'What does NATO think?' That does not suggest that it is an irrelevant institution.

TSS: Slovakia prides itself on its "balanced" relationships with both the East and West. Do you think the Slovak government is being "soft" on Russia?

Frankly, Prime Minister Dzurinda and Slovak foreign policy has been an activist one in the democratic tradition. Slovakia is usually quite critical about anti-democratic behaviours in Russia, which I think is appropriate. But I don't think that's any different than the consensus that was reached in Brussels about the deterioration of democracy in Russia. The debate in Bratislava about where Russia is going is very similar to the debate in Washington.

TSS: If you ask an average Slovak on the street, their opinion is that Russia needs an internal strong hand like Putin to keep its state in line. What do you think?

BJ: I think that opinion is more an indication of [those Slovaks] not keeping up. Russian apologists were saying that 24 months ago. The papers are getting here a couple of days late, so to speak. This is quite typical.

The further out you go in the European system, you hear debates coming up in academic circles that Washington and Brussels thought were over 18 months ago. Now, with the greatest powers in the system coming to Bratislava for the summit, Slovak people are on page one themselves, and they can get information from the horse's mouth.

TSS: What do you think of Slovakia's progress in the last four years?

Slovakia built a nation from scratch. It's got one of the most exciting economies next to Northern Ireland. It has basically done things like flat taxes that even the US can't get to. It has one of the most pluralist and vibrant NGO sectors. Bratislava has more NGOs per capita than any place in the world. It took the US hundreds of years to develop a serious world policy. Slovakia is already exporting democracy to Serbia and giving counsel. Slovak activists are at the centre of Ukraine - they're all over the place. Already Slovakia is making not only a security contribution, they are making an intellectual leadership contribution. I think that is pretty damn exciting.

TSS: What are the biggest lessons Slovakia can teach countries in transition?

BJ: The first message is peaceful political trends. A democratic transition shouldn't be violent. A lot of countries in transition are still dealing with clan politics and politics of retaliation, in which parties physically, politically or financially eliminate their opponents. The central message from Slovakia is that's not how a democracy works.

Also, I think Slovakia's democracy occurred at a time when people started understanding that it wasn't the KGB we were worried about, it was corruption. Slovakia confronted that and knows a lot about how long it takes to root out corruption and achieve structural growth.

Also, Slovakia is starting to grasp the importance of public education: You have to tell the people what you're doing or they won't support you at re-election because they won't know what you've done. Reform does not have a natural constituency. You have to build a constituency to support reform, and you can't do that until people can see that reform actually changes their lives for the better. Slovak sociologists also do a great deal to help countries in transition understand what a free market is, and that you have to get away from the politics of personality and actually stand for something. You need a platform.

TSS: Do you think Slovak voters are apathetic today?

BJ: I call it post-coital depression. Revolution is so exciting, the jazz of being up every night. When you finally get in the EU and you're negotiating about milk subsidies, there's always this kind of manic depression. The revolution is over, this is ordinary life and for some, ordinary life is quite hard. You see this a lot. You see it in Poland. The Baltics are still depressed.

Frankly, people were happier trying to get in than when they are EU and NATO members because it's hard to see how life has changed.

Maybe the long-term economic affects are still ten years in the future. This is why reformers have a hard time getting re-elected. Then again, that's why Bush is here, he wants Dzurinda to be one of the first of the major reformers to be returned by the general populace.

TSS: What do you think Slovakia's relationship with Russia going forward should be?

BJ: Slovakia will have a policy toward Russia that will be the policy of its EU and NATO partners. It's a far better idea to make Russia Europe's problem than make it Bratislava's problem. It's much smarter. I personally think that Slovakia's policy toward Ukraine is far more important because of borders.

The opening of the new democratic Ukraine will have a profound economic affect on Slovakia and that's where it should direct its attention. Russia is quite far away from Bratislava - what happens there is not a direct consequence of what happens here.

TSS: What is your opinion of the Slovak army? Do you think Slovakia needs to pour more energy into sustaining it?

BJ: Everyone has a volunteer army these days. That's the modern way. The West is not in any lack of military power. The thing that's most important is political unity and commitment of shared values. That's where the strength of democracies comes from. Slovakia should make an honest and good-faith effort to defend democracy. NATO is a come-as-you-are organization.

If Slovakia wants to shrink its army, no one in NATO is going to tell them it's wrong. Democracies don't tell other democracies how to organize their defence. All states are contributing so much in other areas. If you look at what Slovakia's contributing in Iraq and other places, Slovakia is probably in the top half or top quarter of contributors.