THERE is good news coming out of Afghanistan. The impoverished country has made remarkable progress since the demise of the Taliban government in late 2001.
A report by the United Nations Development Programme (UNDP) concludes that there is room for cautious optimism about the future. But it warns, without mincing words, that the fragile nation could easily tumble back into chaos. 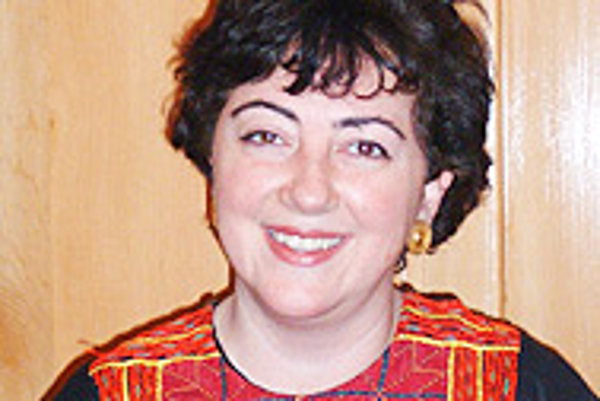 Font size:A-|A+0
THERE is good news coming out of Afghanistan. The impoverished country has made remarkable progress since the demise of the Taliban government in late 2001.

A report by the United Nations Development Programme (UNDP) concludes that there is room for cautious optimism about the future. But it warns, without mincing words, that the fragile nation could easily tumble back into chaos.

There is still much work to be done: Afghans need jobs, health, education, income, dignity and opportunities for participation. And international aid must be tightly controlled, the report says, or Afghanistan will again become a threat to its own people as well as to the international community.

The National Human Development Report: Security with a Human Face was the result of the efforts of more than 45 people. Its release marks the first time that objective observers were allowed to gather and tabulate hard data on living conditions among Afghans.

Taking two years to create, the report was initiated by the Afghanistan government and UNDP, and was launched with Minister of Rural Rehabilitation and Development Haneef Atmar and Associate Administrator of the United Nations Development Programme (UNDP) Zephirin Diabre.

Afghanistan is a complicated country, with a varied ethnicity: Muslim, Hindus, Sikhs, Parsis and Jews.

The Soviet invasion in 1979 brought 23 years of crisis to a country that already had a long established history of human migrations, political upheavals, invasions, and conquests.

The report argues that the causes and consequences of the recent past cannot be understood in isolation from the historical and international context and cannot be ignored in the state-building process today.

"It is an extremely complicated place," Tadjbakhsh says, struggling to summarize the report. "The state building agenda and the war on terrorism agenda can both run counter to the actual needs of the Afghan people."

But the overall message is hopeful, she concludes: "Nobody wants war again. For all their diversity, Afghans share that one common interest."

Hopeful, yet cautious, the report is not just a report card on the country, but an important process in which the people participated in the accountability of their nation. They were asked about their needs and given a chance to make recommendations.

Here is a very brief summary of some of the UNDP's reports findings:

After two decades of war and destruction Afghanistan ranks 173 out of 178 nations on UNDP's 2004 Human Development Index. Only a few sub-Saharan nations rank lower. Life expectancy, at 44.5 years, is at least 20 years lower than in neighbouring countries.

But under the post-Taliban interim government, Afghanistan's economy has recovered significantly.

Since the Taliban's collapse, some three million children and 70,000 teachers have returned to school. However, Afghanistan now has "the worst education system in the world," and one of the lowest adult literacy rates, at just 28.7 per cent of the population.

Only Burundi, Mali, Burkina Faso, Niger and Sierra Leone fall behind. In some provinces, over 61 per cent of children are not enrolled, and over 80 per cent of girls do not attend school.

Illicit opium production may have peaked as more local religious leaders order farmers to replace opium with crops such as wheat. Yet, Afghanistan remains the world's major producer of illegal narcotics.

More schools and public spaces have been opened to women, and access to media and other forms of expression are on the rise.

The country's new constitution outlaws gender discrimination and states that men and women "have equal rights and duties before the law." Seats are now reserved for women in the National Assembly. But years of discrimination and poverty have taken their toll on Afghani women.

Of 300 children surveyed, 72 per cent experienced the death of a relative and nearly all witnessed acts of violence, while two-thirds had seen dead bodies or parts of bodies.

Most Afghan refugees and internally displaced persons do not feel that violence is an impediment to their return home.

Indeed, since the fall of the Taliban, more than 1.8 million people have returned from Pakistan and 600,000 from Iran. The majority of Afghanistan's one million internally displaced persons have returned.

However, Afghans comprise the second largest number of refugees and internally displaced persons in the world, after Palestinians.