BETWEEN Rožňava and Košice, about one kilometre east of the village of Krásnohorské Podhradie is the Andrássy family mausoleum.
It is an important piece of Art Noveau architecture set in a unique park. 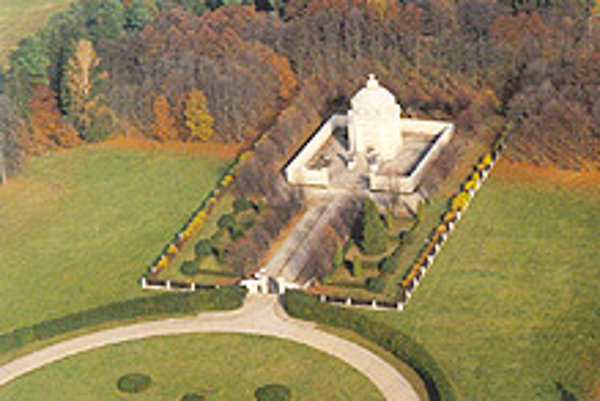 Font size:A-|A+0
BETWEEN Rožňava and Košice, about one kilometre east of the village of Krásnohorské Podhradie is the Andrássy family mausoleum.

It is an important piece of Art Noveau architecture set in a unique park.

The Andrássy family was one of the richest feudal families of the Hungarian monarchy in the 19th century. The family was originally from Transylvania and was known as one of the oldest dynasties in the region.

Richard Berndl, an architect from Munich, proposed the plan and Eduard Schmucker supervised the building process.

The mausoleum measures 12 by 12 metres with bevelled edges so that it forms an octagon. European artists and architects as well as local craftsmen contributed to the building process.

The mausoleum has a humble, though rather imposing appearance from the outside. Inside, it is luxuriously and elaborately decorated.

The Andrássy mausoleum is set in a park of 4.5 hectares. The park was planned according to a "French knot" design and divided into two parts - the outer and the inner park.

A forged-iron fence separates the inner and outer parks.

The mausoleum lies in the northern half of the inner park and is surrounded by a 3.5 m high sandstone wall with a gate at its southern point. An avenue of lime trees lines the path leading up to the mausoleum and continues around the building.

The outer park is lined by a trimmed lilac hedge (Syringa vulgaris). The park meadows cover 2.5 hectares of the total area. In the northern part is a wood.

The wood was cultivated according to a certain plan. The first lines of trees are formed by buckeyes (Aesculus hippocastanum), next there are lines of hornbeams (Carpinus betulus) and limes (Tilia cordata). The darkest lines are formed by a group of coniferous trees - spruces and pines.

Two semicircular paths lead from the outer park to the entrance gate of the inner park. Hedges of trimmed box-tress line these. They are 3.5 metres high and 4 metres wide. The total area of the box-tree hedge is 1,956 square metres.

In 2000, the mausoleum celebrated its 100th anniversary. Apart from essential maintenance the building has not undergone any major alterations. The park has been affected by extreme weather conditions and parasites in the woods and gardens.

The Andrássy mausoleum represents a unique contribution to Slovak heritage. The Slovak National Museum feels that it is time to focus on preserving it for future generations.