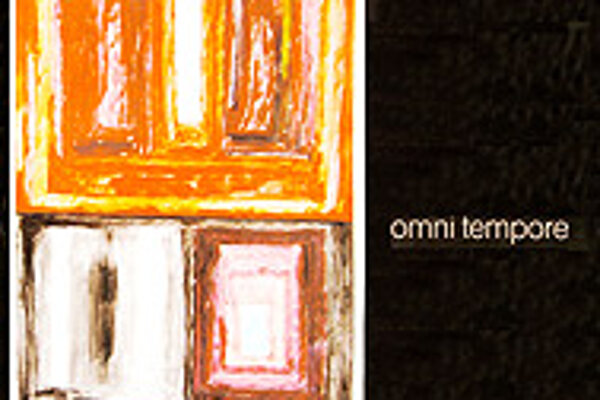 CONTEMPORARY music takes one of two divergent roads. It either adds new elements to classic styles or invents structures that defy the traditional paradigm. Composer Yevgeny Irshai does a little bit of both in his new release omni tempore, a compilation of six intellectually and psychologically challenging chamber works.

Irshai was born and educated in St Petersburg, but has lived in Slovakia since 1991. Like other contemporary Eastern European composers such as Estonian-born Arvo Pärt, his music often combines Russian and western influences. This was clear in Sonata for Edvard Grieg, a duet for violin and piano, which starts with vibrant violin chords over percussive, dissonant piano notes, then bursts with virtuosity reminiscent of Liszt or Rachmaninov. Violinist Milan Paľa accelerates like Paganini, maintaining thick resonance and crispness as he slides up and down the fingerboard, only to be calmed and then pounded by Irshai's fluctuating piano chords.

References to classic styles continue in BACH..., a piano quartet structured on the B-A-C-H motif of B-flat, A, C, B (in German notation, B-flat is H), which was used by Bach himself in his collection of organ compositions, The Art of the Fugue. The strings whine the motif while the piano mumbles it rhythmically. It goes back to the strings, which flick and buzz like mosquitoes. Then the instruments blend together, until the song ends peacefully. These sounds are innovative and evocative; however, they compete for the listener's focus instead of expressing and enhancing the style.

Irshai also breaks some barriers. The cello part in Musical Remake, played by Jozef Lupták, enters with piercing clarity on a note sky high for its range, then gradually sinks lower and stretches its characteristic melancholy lilt. Throughout, it rasps like a saw. The same occurs in the violin part of omni tempore, which skids and bounces, redefining the instrument's limits of range, sound quality and dynamics.

These complexities make Irshai's music stimulating but full comprehension - or appreciation - of it may lie in the future. Until then, his music will remain fundamentally inaccessible to a majority of listeners.