HIGH school dropout, respected university professor or renowned author? It turns out that Professor Ian Hancock is all three. 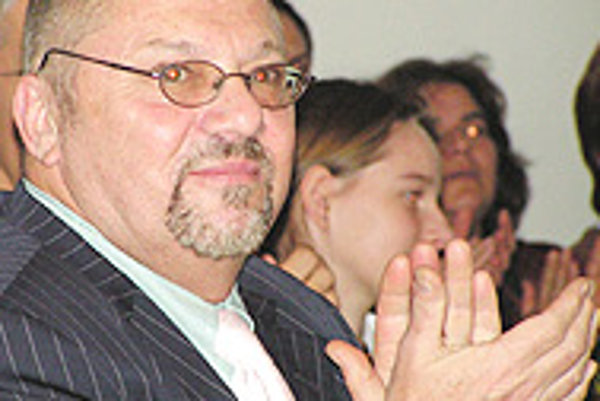 His story is unusual. Hancock was born in Britain, a descendent of the Benczi Imre family, which left Hungary in the late 19th century. He dropped out of school in the ninth grade but developed such impressive linguistic skills that he was admitted directly to a doctoral programme at London University.

"I always knew I was Roma, but that fact did not interest me until I heard a story about a Roma family that stopped travelling because the wife was not well. The resulting police brutality they suffered and the limited news coverage the story received made me angry and sad." Thinking that these people could very easily be relatives, Hancock looked in the phonebook for Roma organizations and soon became interested and involved.

Today, Dr Hancock teaches Romani studies (as well as Asian Studies, English and linguistics) at the University of Texas, Austin, where he founded and directs the Romani Archives and Documentation Center. An author of more than 300 articles and books, Hancock sat on the United States Holocaust Memorial Council, appointed to the post by ex US President Bill Clinton who asked him to represent the Roma.

Dr Hancock recently toured Slovakia as part of a visiting scholars' programme funded by the US Department of State. In Košice, about 100 people met him at the State Scientific Library. All of the Roma attending were educated, some having completed high school and several with university degrees. In Zvolen, he met Roma children at the Gandhi School. The students' thoughtful questions and insights deeply impressed the scholar. He spoke about Roma history to social work students in Nitra and consulted with government officials working on Roma issues.

His book, We Are the Romani People, was first published in English in 2003, but its Slovak incarnation came about with miraculous speed. On the occasion of his visit to Slovakia, the US Embassy in Bratislava worked with Petrus Publishing House to translate and produce the book in Slovak just in time for Hancock's visit.

Hancock wrote the book primarily as a source for teachers, social workers and others who interact with Roma of Central and Eastern Europe. According to Hancock, the book is useful to anyone who wants to know more about the people "who live beside us but rarely among us".

"The best thing this book can accomplish," he explained, "is to allow non-Roma to see the world through Roma eyes. Our eyes."

The book presents the most recent findings about Roma origins. It includes an overview of politics, culture, language and cuisine; a description of the centuries-long period of slavery in the Balkans; and a brief description of the Roma Holocaust. One chapter is a "how to" section, providing tips on how to interact with Roma people and a recommended reading list. Each chapter is accompanied by a list of questions, which makes it a valuable classroom textbook.

What most readers comment on, however, is the surprising list of notable people of Roma descent: Yul Brynner, Charlie Chaplin, former US President Bill Clinton, Rita Hayworth, Bob Hoskins and Freddie Prinze.

For more information on Dr Ian Hancock's book in English, go to www.herts.ac.uk /UHPress/romanipeople.html or www.amazon.com.