FINANCE Minister Ivan Mikloš shook some dreamers awake. He says there is no room for further tax rate reductions. The Labour Ministry begs to differ, saying it is working on a financial analysis indicating that lowering payroll taxes in Slovakia remains a possibility. 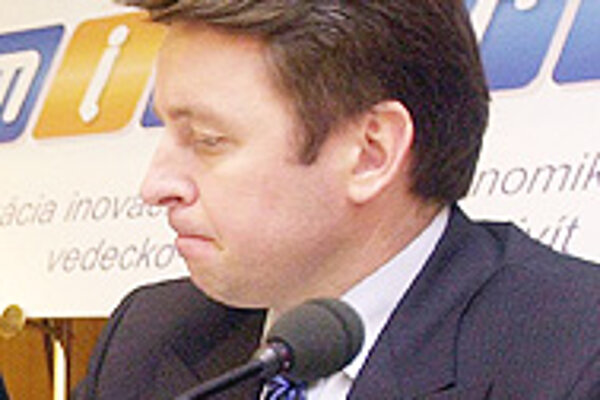 Font size:A-|A+0
FINANCE Minister Ivan Mikloš shook some dreamers awake. He says there is no room for further tax rate reductions. The Labour Ministry begs to differ, saying it is working on a financial analysis indicating that lowering payroll taxes in Slovakia remains a possibility.

Mikloš restated his position that further reductions in taxes are unrealistic. He does not think payroll taxes will drop anytime soon, either.

The finance minister's announcement comes as bad news to many who hoped to see regular payroll taxes shrink.

Mikloš repeated that social insurer Sociálna poisťovňa has put the public's finances at risk because reality did not match the insurer's optimistic budget.

Based on the ministry's calculations, the deficit dug by the social insurer could be Sk3 billion (€7.9 million) deeper than planned.

Hopes for tax reductions were originally kindled after the Finance Ministry announced that the state coffers had taken in an unplanned surplus of Sk14 billion (€361 million).

However, the Labour Ministry said that lowering payroll taxes in 2006 remains one of its priorities.

"Measures taken within Sociálna poisťovňa are a precondition for a more favourable development of incomes as it was in the past period. The first two months of this year indicate that the planned incomes of the Sociálna poisťovňa will be met at 100 percent," Labour Ministry Spokesperson Martin Danko told The Slovak Spectator.

"Lowering of payroll taxes is unavoidable to ensure the growth of employment and further encourage the business environment," Danko added.

According to Danko, the ministry is working on an analysis that would indicate how payroll taxes could be lowered.

"We will discuss this analysis with the Finance Ministry," Danko told the Spectator.

Analysts tend to agree with the finance minister, however. They do not think that a payroll tax reduction is possible.

"I don't think it's very realistic now, as the Finance Ministry is mainly focussed on meeting the public finance Maastricht criteria in 2007 so it can qualify for euro adoption in 2009. The official fiscal consolidation plan seems rather stretched and it doesn't count on much of a cushion," Mária Valachyová, research analyst with the VÚB bank told The Slovak Spectator.

However Valachyová says that the reduction of payroll taxes would have a beneficial impact on the Slovak business environment.

"It would effectively lower labour costs for the firm, allowing it to either hire more people (reduction in unemployment) or invest its higher profits. It could also give the same gross wage to employees, effectively increasing their income (higher consumption or savings). Lower labour costs would also attract new FDI [foreign direct investment]. High payroll taxes negatively affects the public finance deficit, at least in the short term, as the income for social insurance is effectively lowered," she added.

Finance Minister Mikloš has repeatedly said that the tax reforms have exceeded expectations. He is hopeful about financial decentralization and the way local taxes will work out for the Slovak towns and villages.

The World Bank joined the IMF in suggesting that Slovakia reduce its payroll taxes instead of further lowering income taxes.

According to Labour Minister Ľudovít Kaník, Slovakia is listening.

Based on the Finance Ministry's preliminary results, the country's tax revenues totalled Sk232.862 billion (€6.14 billion) during the first year under tax reform.

The amount, which was expected, represents 17.6 percent of the gross domestic product (GDP), the news wire TASR wrote.

Final results will not be known until after tax returns are assessed, but they shouldn't differ greatly, the Finance Ministry said.