Bilateral cooperation on the rise

AS THE CAPITAL of the European Union, Brussels is a familiar place name for Slovaks. But how well do Slovaks know this trilingual nation of Flemish, French and German speaking people? 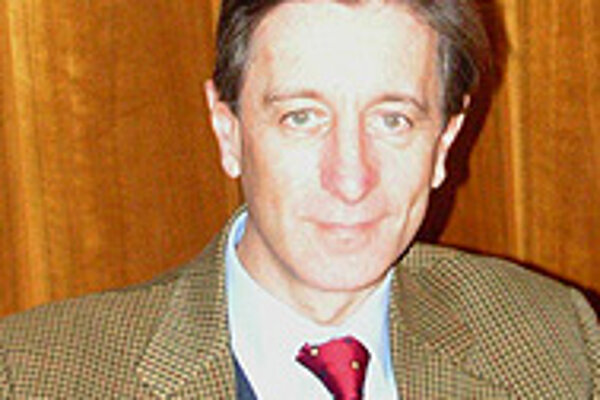 Font size:A-|A+0
AS THE CAPITAL of the European Union, Brussels is a familiar place name for Slovaks. But how well do Slovaks know this trilingual nation of Flemish, French and German speaking people?

In an interview with The Slovak Spectator, Belgian Ambassador to Slovakia Olivier Belle says there is ample opportunity for Belgian and Slovak businesses to become better acquainted, especially as the small- and medium-sized enterprise sector grows in Slovakia. He also says bilateral cooperation between the two countries is increasing, thanks to Slovakia's accession to the EU in May.

The Slovak Spectator (TSS): What are the main areas of interest for Belgian business in Slovakia? Have Belgian investors "discovered" Slovakia? Has the business potential been fully explored?

TSS: With EU headquarters in Brussels, do you think that EU relations overshadow Belgium's relations with Slovakia?

OB: Your question implies that Belgium, Slovakia and the EU are independent and separated actors. As far as the European Union and its member states are concerned, the words "cooperation" and "contribution" are more appropriate than "relations". The European Union is a very specific international organization. It cannot be compared to other international organizations like the United Nations, for instance. The European Union is essentially based on a process of integration through the communitarian method. This process of integration is covering a growing number of fields.

The internal market (or the euro) is, among others, the best example of this process of integration. This does not mean that the European Union has to deal with everything. In many matters, other levels of state administration are better placed to deal with specific questions. As a federal state, Belgium is a good example of this repartition of competences.

It is only when the European Union brings added value that integration is justified. On this basis, instead of relations between the European Union and its member states, one should rather speak of the contribution of the member States to the integration process. Slovakia and Belgium can bring an important contribution to this process of integration. And I don't see why this should overshadow the bilateral relations that will, on the contrary, develop in many specific fields not covered at the European level.

TSS: Do you feel that Slovaks know enough about Belgium? Has your country been visible enough in Slovakia?

OB: Many Slovaks know Belgium well. The fact that Brussels is the capital of the European Union helps a lot. Many Slovak civil servants and business people travel to Brussels frequently. Besides, I must remind you that Belgium was one of the first countries to open an embassy in Bratislava. This has helped to make Belgium better known in Slovakia.

TSS: The Slovak media covered Belgium intensively in 2000 when Belgium reintroduced visas for Slovaks. What is the Belgian perception of Slovakia today?

OB: The Belgian perception of Slovakia is positive. When Slovakia became a member of the European Union there were a lot of articles in the Belgian press. According to my experience, there is also an increased interest to know more about Slovakia. Many Belgian citizens ask us for information on your country.

TSS: Are there any fears about Slovak labour invading Western Europe or, more concretely, Belgium?

OB: I am not aware of any concern on the matter.

OB: Certainly. Slovakia offers many opportunities for tourism. I am convinced that a growing number of Belgian citizens will be interested in visiting Slovakia in the future.

TSS: Has Slovakia's membership in the EU changed the relationship between Slovakia and Belgium?

OB: Slovakia's membership in the European Union has certainly brought important changes in our bilateral relations.

As I said, the European Union implies an integration process in a growing number of matters. When the European Union had only 9 or 12 members, it was easier to hear the views of others. The ambiance is obviously different in an enlarged group of 25 countries. Today you need to be much better prepared before you meet in Brussels. Thanks to enhanced bilateral work, our political authorities are able to get a sense of the general mood of the partners, to better expose our positions with appropriate arguments, and to better understand the positions of others. This requires intensive work on a bilateral basis.

Slovakia's membership has also led to an increased need for bilateral meetings. In 2004 Slovakia welcomed the Prime Minister of Belgium, the Minister of Defence and many other Belgian delegations in many different fields.

I think finally that our common membership in the European Union has changed the very essence of our bilateral relations. Belgium attaches a great deal of importance on consolidating the European Union's views on the international sphere and especially in the United Nations. Thanks to the European Union, our voice has certainly gained weight. It is evident in trade matters and it is also becoming true in political matters. I am convinced that Slovakia can share this view. And I am therefore convinced that through bilateral cooperation, Slovakia and Belgium will contribute to reinforce the voice of the European Union.

TSS: What are the major cultural projects that your embassy has been promoting?

OB: In Belgium, the cultural communities (French, Flemish and German) have signed cooperation agreements with Slovakia, which will help further develop cultural relations. As far as concrete projects are concerned, the communities are supporting film festivals, exhibitions and concerts.