MARTIN Barto, 46, has more than a decade of experience in the Slovak banking sector, beginning as an analyst with ING Bank and then moving after 1999 to become chief economist of the then-state bank, Slovenská sporiteľňa 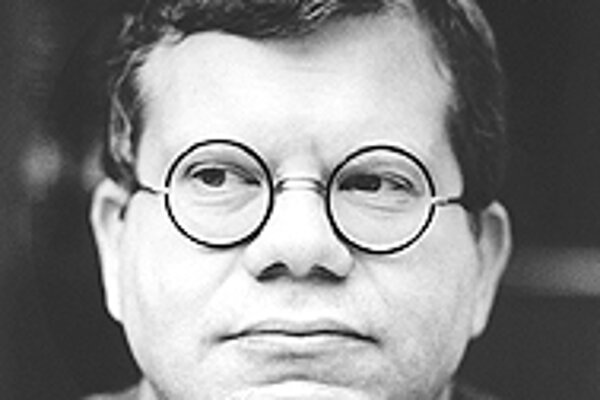 Font size:A-|A+0
MARTIN Barto, 46, has more than a decade of experience in the Slovak banking sector, beginning as an analyst with ING Bank and then moving after 1999 to become chief economist of the then-state bank, Slovenská sporiteľňa. One of the architects of the post-1998 restructuring of the country's banking sector and the privatization of Slovakia's three largest state banks, Barto has been a trusted and, at times, outspoken commentator on the country's economic development.

He was appointed vice-governor of the National Bank of Slovakia for bank supervision effective January 31, 2005. The Slovak Spectator spoke with Barto about his upcoming role.

The Slovak Spectator (TSS): What are your priorities as vice-governor for bank supervision?

Marin Barto (MB): My first priority is to integrate supervision of the financial markets. We are scheduled to absorb the present Financial Markets Bureau (ÚFT), and our main task is to make sure this change occurs as smoothly as possible without losing the resources of knowledge, experience and skill that the Bureau has accumulated. Market players should feel only the positive impact of the change, such as greater efficiency and less bureaucracy.

Another priority for the entire bank is to prepare the central bank for the way it will operate after EMU accession [after Slovakia adopts the euro, planned for 2009 - ed. note]. The NBS will lose some functions but gain some new ones. We have to assess very carefully what resources will be necessary and how we can perform our tasks as efficiently as possible.

TSS: During 1994 to 1998, the government under Vladimír Mečiar tried to gain control of monetary policy from the central bank. During the process of your appointment recently, Finance Minister Ivan Mikloš opposed your being given the job of banking supervision at the NBS, which is in the power of the bank board to decide. Does Slovakia have a greater tradition of cabinet interference in the central bank than other countries?

MB:No. You have to differentiate between two things. The first is appointments, which are fully in the hands of politicians, and that's more or less the same everywhere. Politicians have the right to decide who should be governor, vice-governor and whoever. This is not only legitimate, but I would go so far as to say it is necessary.

But after the appointment the person who was chosen by politicians is in the bank, according to law. Politicians these days have no real power to influence the decisions of the bank board, and that is a correct thing. They have much to say in the first stage, and almost nothing to say in the second stage.

TSS: When the Dzurinda government came to power in 1998, what were the main economic reforms that needed to be launched?

MB: There were two things that were quite important. The first was the consolidation of public finances; the second was the bailout of the banking sector, which was in very bad shape, and state banks were burdened with a high percentage of bad loans. The banks were losing their capital, their capital adequacy was low, and there was the threat of a banking crisis.

TSS: How would you rate the threat to the economy back then on a scale of one to ten?

MB: Taking into account the public and banking sectors as well as non-banking companies, which needed restructuring, it was around a seven or eight.

TSS: You were one of the architects of bank sector restructuring. What did you find when you looked into the books of the banks you were handling? What kind of shenanigans went on in loan departments in the 1990s?

MB: There were two categories of bad loans. The first was the heritage of so-called small-scale privatization from 1991 to 1993. This was a period of mass provision of loans to entrepreneurs. Many of these loans were provided by Slovenská sporiteľňa, which was the main provider of loans to private people, but had no experience in providing loans to the corporate sector. So, many mistakes were made, and the bad shape of most of these loans was the result of a lack of experience.

The second part of course was loans provided to people who privatized large companies. Some of these loans were provided under political motivation or even pressure, and their bad shape was the result of the way they were provided.

For the new management of the bank [after 1998] it was clear that the bank's capital had to be raised, and it had to be privatized and the influence of the state terminated. These two steps had to be done together.

TSS: Jumping ahead to the present day, we currently have many police investigations and court cases against people involved in issuing and taking corrupt loans. The practice was so widespread that it may have involved thousands of people on the boards of small bank branches around the country, approving loans they knew the bank would never see again. What is the economic utility of punishing these people, of pursuing these old cases to the end?

MB: It's quite clear to me - it's a reduction of moral hazard. This means that people who did something illegal in the economy, their acts have to be investigated, named, described and somehow punished, if the verdict is that some crimes occurred. I do believe, however, that the punishment is not the most important thing. The most important thing is that people understand they should not commit any crime, that they should avoid that kind of behaviour because it will be discovered, investigated and prosecuted. That's it. For the future this means the people will learn a lesson and the moral hazard will be reduced in society. This is very important.

TSS: Even if these cases - and their full prosecution - involve a significant share of the current economic or political elite of the country? Is it worth it?

MB: I don't know what share it would be in the economy, but it is always useful and meaningful to improve the moral health of society.

TSS: There is currently a lot of pressure from politicians to move ahead and forget the past.

MB: On the contrary, I would say that only a minor portion of active politicians would like to forget the past and that most are actively trying to expose it as much as possible.

In most societies the past is not neglected. Classic crimes like murders are investigated even after 20 years. In my opinion there isn't a great difference between economic crimes and crimes against people. If we look at bad things in the economy and say we don't care about them after five years, or after three years, I think in society you will encourage the belief that such deeds belong to a less serious category of crime and are not punished, which is an invitation to people to do what they want, a promise that everything will be forgotten.

TSS: Do you consider such investigations and naming the people responsible as important as the reforms the government is pursuing?

MB: I think such investigations are part of reform. You can't have a functional economy without functional courts and a functional legal framework. This is the absolute basis of the economy. Otherwise, investors have to invest more to mitigate the risks that originate in an imperfect legal structure, and this increases their costs at the end of the day.

TSS: Given your views, were you surprised to receive such strong support for your candidacy in parliament, even from parties that in the past have been associated with murky privatizations?

MB: (silence) We were not discussing the past in parliament, we were discussing my future in the position. I had support, but I don't feel in any way bound by it in my position. And anyway, I wouldn't have accepted support that was conditional.

TSS: Do you think better supervision by the National Bank of Slovakia could have prevented any of the five bank crashes Slovakia experienced?

MB: (silence) Banks and bank supervision developed almost from scratch, so I would say part of the collapse of some banks was due to a lack of experience in these years. The same thing happened in the Czech Republic, where it was even messier, so this doesn't relate only to Slovakia. What was necessary was more experience and more precise or strict banking supervision, but back then the laws were not constructed in a way that they gave sufficient power to bank supervision.

Of course the country learned a lesson from this, and the role of banking supervision was strengthened; the management system was changed and is much more efficient today; people are much more experienced and skilled and there is more cooperation with the European system of central banks.