THE RULING New Citizen's Alliance (ANO) is rocking the boat with draft legislation that would require all registered churches in Slovakia to publish their assets in order to receive state funding. 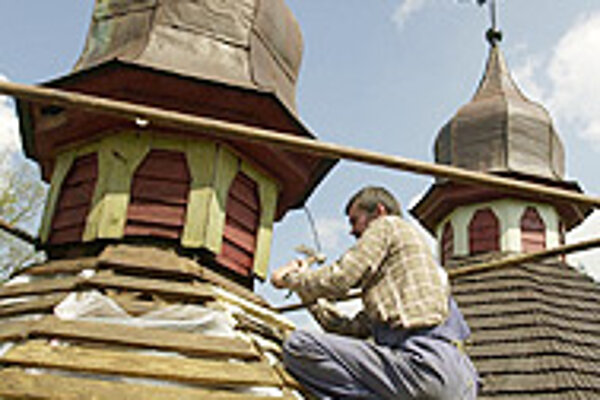 Font size:A-|A+0
THE RULING New Citizen's Alliance (ANO) is rocking the boat with draft legislation that would require all registered churches in Slovakia to publish their assets in order to receive state funding.

The ANO believes a new law will improve transparency and shed light into the financial situation of those churches that receive state assistance.

The Slovak state distributes about Sk2 billion (€52.8 million) per year to registered religious organizations, helping the institutions maintain their buildings and property and finance social activities. The state also covers the wages of clerics.

The system of subsidizing churches was introduced during the Austro-Hungarian Empire and has remained in force since then. Criteria for assistance have not changed since Communist times, although several churches have repossessed property previously withdrawn by the regime.

ANO MP Eva Černá defended the necessity of the bill. "It will clearly set the rules under which churches should publish their assets as well as the amount of their state assistance. This should help clarify all the channels to which the church organizations are connected," she said.

Before announcing its draft legislation, the ANO appealed to church organizations and clerics to publish their assets voluntarily.

Analysts say the ANO is using the issue to start an electoral debate on the separation of church and state. The ANO says it is merely pursuing transparency.

"We are convinced that Slovak churches have nothing to hide and that it is better for them to be transparent as regards their property and financing," Černá said earlier this year.

In Slovakia, there are 16 registered faiths. The most recent national census data reveals that two thirds of Slovaks consider themselves Catholic.

According to the ANO, there is virtually no resistance to publishing an inventory of assets among small churches.

"The problem with an inventory comes from churches that are believed to have assets worth billions of crowns," said Černá.

The Catholic Church receives around Sk1 billion (€26.4 million) in state aid per year. The ANO says it is questionable whether the Catholic Church needs the money and suggests that it might be better used elsewhere.

Marián Gavenda is a spokesman for the National Conference of Slovak Bishops. He concedes it is unusual for a political party to ask churches to publish their assets but says it would not be a problem to do so. [See interview, page 6.]

Michaela Moravčíková, the head of the Institute for Church-State Relations, would not comment on the ANO's initiative since she has not yet seen the bill.

She told The Slovak Spectator that information on church property is available - and has been for six years already.

"The state can gain information on churches' assets by other means, such as analyzing statistical findings in the official statistical listing on churches and religious communities -KULT," she said.

"We know how many buildings the 16 registered faiths have, which of them serve as chapels, cathedrals, parishes or as something else. We also determine how many buildings are completed and under construction in a given period. We have been doing this for six years now," said Moravčíková.

"However, if a state authority wanted to find out other parameters, I don't think there would be a problem with it. All they need to do is turn to the Culture Ministry," she said.

Although some churches may have large quantities of property or land assets, determining value is a different matter.

"Value is a complicated and floating indicator. It is related to the notion of expenditures and revenues as well as the real market situation and the real possibilities of evaluating [the property]. I think, however, that with regards to the big efforts of church entities to gain grants to save cultural sights, they are having a hard time maintaining the objects rather than spending the proceeds from them," Moravčíková told The Slovak Spectator.

Ján Juran, the head of the Culture Ministry's churches section, agreed with the assessment.

"Even in the past when the churches administered their own property the revenues did not cover the necessary expenditures needed to maintain the assets. Churches are not geared to turning profits; they are not business ventures. In addition to that, their historical buildings often require major investments. Many of these buildings are national treasures that constitute the most precious part of our national cultural heritage," he said.

Whether the ANO's legislation is passed by parliament remains unclear. The ruling Christian Democratic Movement is against it. Other ruling partners are cautious in what they say.

The opposition is not happy about the draft legislation either, except for the Slovak Communist Party. Without a major opposition or coalition force backing the ANO proposal, the law has little chance of passing.