IF EVERYTHING goes according to plan, the Slovak state will establish a new English-language international school in Bratislava.
Like other International Baccalaureate (IB) programmes, the mission of the state-run school will be to provide continuity of education to youngsters who change schools frequently. 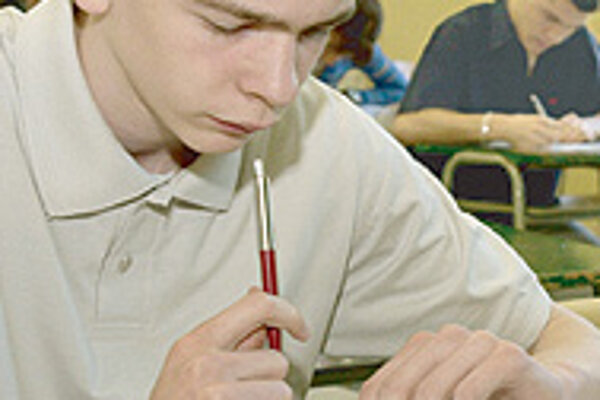 Font size:A-|A+0
IF EVERYTHING goes according to plan, the Slovak state will establish a new English-language international school in Bratislava.

Like other International Baccalaureate (IB) programmes, the mission of the state-run school will be to provide continuity of education to youngsters who change schools frequently.

Unlike most IB international schools, however, the state-run programme will be free, which is an enormous attraction to diplomats and foreign investors with children.

IB-accredited schools are a draw to families living abroad. The quality of education and the consistency of the English-language curriculum across international borders help prepare students for admission into selective universities throughout the world, including Oxford, Cambridge, Harvard, Yale, Heidelberg and the Sorbonne.

The Bratislava District Education Office (KŠÚ) is the organizational force behind Slovakia's first state-run IB international school. Leaders at the KŠÚ believe that the International State English Language School, the name given to the institution, is already generating a buzz.

Ľubomír Pajtinka, the chairman of KŠÚ, told The Slovak Spectator that the managerial representatives of Kia Motors expressed interest.

"We were negotiating with the Koreans from Kia Motors. Good quality education for their children is extremely important to them. Kia representatives emphasized that having a state-sponsored educational alternative would be important to the Kia staff and their families," Pajtinka told The Slovak Spectator.

Before the school can offer high calibre instruction to international students, however, the KŠÚ must resolve several important issues. The most serious among them is financing.

Although the KŠÚ cooperates with the Education and Economy Ministries, it still has to find funds to cover the school's ongoing operation and administration. For starters, it must come up with Sk64 million (€2 million) to repair and refurbish the school building and classrooms.

The International State English Language School is expected to open at the site of Bratislava's Gymnázium of Juraj Hronec, a prestigious middle and secondary school that has been a part of the IB programme since 1994. When it reopens as the state-run entity, however, the school will extend its curriculum.

Whereas Juraj Hronec offered an IB diploma programme for 16 to 18 year olds, the International State English Language School will offer an IB accredited programme to all school-aged children, from 6 to 18 years old.

Teachers with contracts at Juraj Hronec are receiving additional training at the Bratislava Educational Methodology Centre to prepare them for the expanded IB international curriculum.

In addition to Slovak teachers, English-language native speakers will be employed as teachers.

Pajtinka is confident he can find well-qualified native teachers for the IB curriculum. As a state-run school, however, the compensation will not compete with those offered at private international schools, which is generally much higher.

The KŠÚ is actively negotiating with the Economy Ministry, Prime Minister Mikuláš Dzurinda and private agencies such as the Slovak Investment and Trade Development Agency and METRO, both of which promised financial support.

The main goal, according to the KŠÚ, is to arrange enough funding to start construction in the summer. That way, the school's doors could open in September 2005.

Pajtinka is optimistic. "Today, [March 2] I have received good news. It was a letter from the Prime Minister's office saying he is supporting the project and will be observing its realization."

Monika Murová, spokeswoman for the Education Ministry, told The Slovak Spectator that the ministry would help finance the education process.

"As far as the building goes, it is against the law for the Education Ministry to finance building works," she said. The ministry plans to subsidize one third of the total cost of education, which is expected to reach Sk100 million (€2.7 million).

Meanwhile, the KŠÚ's Pajtinka is waiting for new education legislation to kick in that would enable schools to accept sponsorships and donations.

According to an official statement, "The KŠÚ in Bratislava believes that in spite of the time shortage, it will solve all the problems [associated with opening the school] in such a manner that the good name of Slovakia will be known throughout the world for the high quality education provided to international investors in Slovakia."

Students applying to the International State English Language School will be accepted solely on merit.

"It does not matter if children are white or black, Slovak or foreign nationals. Only their academic achievements will matter," says Pajtinka.

The KŠÚ hopes that the state-run school will reflect international standards not only by the curriculum it keeps but also by a diverse mixture of pupils' nationalities, including Slovak.

"We expect that most of the Slovak children [at the state-run international school] will be children of diplomats that have returned to Slovakia for a year or so before they are sent away again on another assignment or mission." According to Pajtinka, it is much better for these children to continue their studies in English.

The same applies to children of foreign investors, he says. For example, some Kia representatives are already in Slovakia, helping manage the launch of production facilities.

These workers stay in Slovakia anywhere from one to two years. When the work is finished - when the Kia plant is in full swing - they move on, taking their families and children with them.

One of the criteria of IB accreditation is offering children the opportunity to learn their native language. The KŠÚ does not shy away from teaching Korean to children whose parents work for Kia Motors.

"In the case of Kia Motors, we would have to cooperate with the Korean side and supply teachers directly from Korea," Pajtinka said.