SLOVAK Telecom joins the ranks of the big Slovak firms penalized for allegedly abusing its monopoly position.
The Slovak Supreme Court upheld a 2004 decision by the Antitrust Office to fine the telecommunications company Sk20 million (€532,460) for squeezing out competition on the ADSL Internet market. 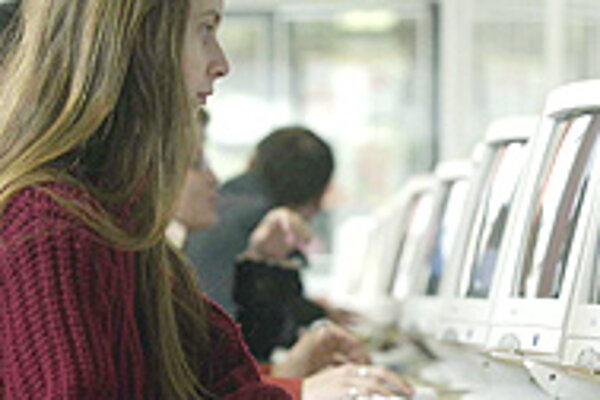 The Slovak Supreme Court upheld a 2004 decision by the Antitrust Office to fine the telecommunications company Sk20 million (€532,460) for squeezing out competition on the ADSL Internet market.

The Antitrust Office levied the fine after a 2003 audit. At the time, the watchdog agency also ordered the telecom giant to improve the competitive environment on the ADSL market.

Slovak Telecom appealed the 2004 judgement with the Supreme Court, which recently ruled against the provider on February 28, 2005.

"Thanks to our intervention, Slovak customers can now order ADSL Internet connection services with alternative operators," a spokesperson for the Antitrust Office told The Slovak Spectator.

According to Miroslav Jurkovič of the Antitrust Office, the telecommunications market is complicated and regulation generally falls to the government's Telecommunication Office (TÚ).

In June 2004, the TÚ ordered Slovak Telecom to stop forcing its ADSL clients to pay for obligatory telephone service as well. The telecom company appealed, but asked the Supreme Court to delay a hearing until the case with the Antitrust Office was completed.

Now that the Supreme Court has made its judgement in favour of the Antitrust Office, the TÚ is awaiting its turn. "We are currently expecting an official decision about the case," TÚ spokesperson Roman Vavro told The Slovak Spectator.

Slovak Telecom refused to comment on the TÚ case until it receives an official statement from the Supreme Court.

"If the ruling is official and valid, of course we will respect it,"

The Antitrust Office got involved with Slovak Telecom back in summer 2002 when the Association of Internet Providers complained that the telecom giant was abusing its dominant position. They claimed that Slovak Telecom's new ADSL Internet services offering was designed to prevent all other Internet providers from competing.

In fact, Slovak Telecom had offered competing Internet providers wholesale prices to use the telecom's existing phone lines to deliver their services. According to the association, however, the proposal was unacceptable. The association also complained that the Slovak Telecom offer was extended only days before it launched its ADSL services.

"It took Slovak Telecom almost a year to come up with an acceptable wholesale model for broadband Internet using ADSL technology," said Peter Máčaj, the chairman of the Association of Internet Providers.

According to Máčaj, this model, dubbed "ISP Gate 2003", is not ideal but it has given alternative providers a piece of the pie. Together, they share 47,000 ADSL clients.

"I can say that the decision of the Antitrust Office is one of the few that has been a really effective step towards creating a real competitive environment in the telecommunications market," said Máčaj.

The TÚ has repeatedly played mediator between Slovak Telecom and its competitors. Recently, the government regulatory agency intervened to push through compromises between the telecom giant and several landline operators who want to offer competing telephone services.

In the first week of March, eTel and Amtel Slovensko signed contracts with Slovak Telecom. Customers that want to use alternative telephone services must first dial "10xy".

The executive director of eTel, Juraj Teplič, expects that competition will drop prices for telecom products and services by 20 to 50 percent. He says the Slovak telecom market will soon be comparable to those of other EU countries.

Slovak Telecom recently reported a year-on-year sales revenue drop of 5.7 percent. The telecom company says that the drop represents the liberalized market and is typical for former monopolies in Central and Eastern Europe.

Slovak Telecom wrestles with strong competition in the mobile market and must now prepare for a battle for landline customers as well.

"Since 2004, we have continued to introduce new products and services to satisfy the needs of our customers. Our customer care initiatives, for example, are designed to keep our existing customers satisfied," Slovak Telecom's Bielka said.