At what cost fair play?

NEWLY established pension fund management companies will not say how many clients they have, for a simple reason: the law bans it. 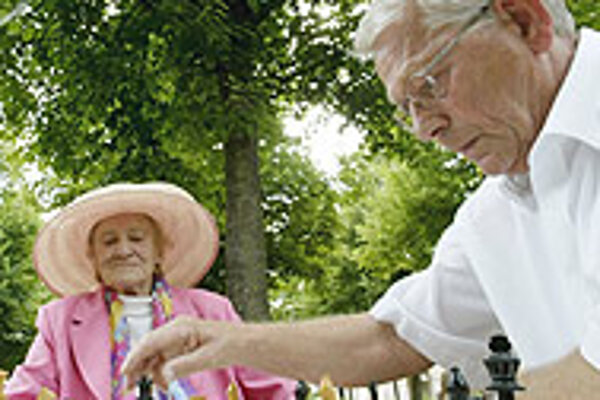 NEWLY established pension fund management companies will not say how many clients they have, for a simple reason: the law bans it.

Some praise the temporary ban designed to prevent companies from potentially influencing undecided clients to join the capitalization pillar of the reformed Slovak pension system. Others think the public has a right to know how many have joined, and where.

At the heart of the debate is whether the ban supports fair competition or whether it prohibits public access to important data that would help Slovaks make sound economic decisions. According to the pension reform law, pension management fund companies that attract fewer than 50,000 clients by June 2006 will be obliged to close down.

The Ministry of Labour defends the ban. "If pension fund management companies were allowed to present up-to-date numbers of their clients [who have opted into the second pillar], it could ... create a monopoly position for certain pension management companies," Martin Danko, the ministry's spokesman, told The Slovak Spectator.

The ban has been in affect since January 1, 2004 and will remain in force until June 30, 2006. The Slovak Spectator asked all eight pension fund management companies (dôchodková správcovská spoločnost, or DSS) their opinion of the matter.

Ladislav Batik, project manager of Aegon, DSS: The legislation to ban information came out of the fact that insurants should not select individual pension fund management companies according to the number of their clients or their yields, at least in the first few months of operation, because this data is not conclusive. Instead, insurants should base their decision on the financial stability, experience with similar types of business, terms of contracts and reliability of mediators of each pension management company.

Jozef Paška, chairman of the board of directors, Allianz - Slovenská DSS: We consider [the ban] an unhappy directive. We think that a client, during the decision-making process, has a right to know the up-to-date, real share of the pension market that a company achieves. The Social Insurance Company (Sociálna poisťovňa) should provide this information regularly to prevent manipulation of public opinion by various unjustified information that we are currently witnessing.

Dušan Doliak, executive director, Credit Suisse Life & Pensions, DSS: We respect the decision of the Slovak parliament. However, clients can calculate gross figures [about the number of clients] from the data that every pension management company must publish as Assets under Management.

Tatiana Balážová, member of the board of directors, ČSOB, DSS: We think that this directive is in the interest of objective decision making on the part of potential clients. Releasing the data could influence clients' decisions not based on objective criteria but on the tendencies of a market majority.

It motivates people to learn more about the system and the companies without creating prejudices.

Of course, people close to the financial industry know that client volumes do not guarantee long-term stability or quality of asset management.

At a later stage, the number of clients will be interesting to companies themselves in order to assess the effectiveness of their activities.

Our results will be released in an annual statement after the 18 months determined by law, of course.

Peter Socha, chairman of the board of directors, Prvá dôchodková sporitelňa, DSS: We can look at it from both sides, whether negative or positive, but the fact is, client information is not allowed and we respect that.

Alojz Marsina, member of the board of directors, Sympatia - Pohoda, DSS: This directive is very important if we want to preserve the idea of fair play.

If the companies released on-going numbers of their clients, it is possible the data would impact undecided clients. As a consequence, only two or three companies would remain on the market.

This would harm a healthy, competitive environment. Citizens that are still undecided about which company to choose can analyze yields for individual pension funds that each pension fund management company must publish regularly by law.

Robert Kubinský, vice-chairman of the board of directors, VÚB Generali, DSS: If pension fund management companies cannot currently compete by releasing the number of their clients, or compete in the forthcoming future by publishing economic performance results of their funds, after some time their results will differ only minimally.

We suspect that pension fund management companies will tend to persuade potential clients by populist moves, for example, by cutting fees, but they will "forget" to tell the client how long the decreased fees will be in effect.

We have already noticed this behaviour in some pension fund management companies. However, it is necessary to explain what cutting fees means. In the first year, the fees to administer a fund for a client with an average monthly salary of Sk15,000 (€393) should be about Sk78 (€2) per year. Thus, a "zero" fee means that a client can expect to save Sk78.

In the long-term, pension fund management companies will have to persuade their clients by the quality and reliability of their services and transparent performance.